Multicoloured Fantasies of a World High on Hydrogen 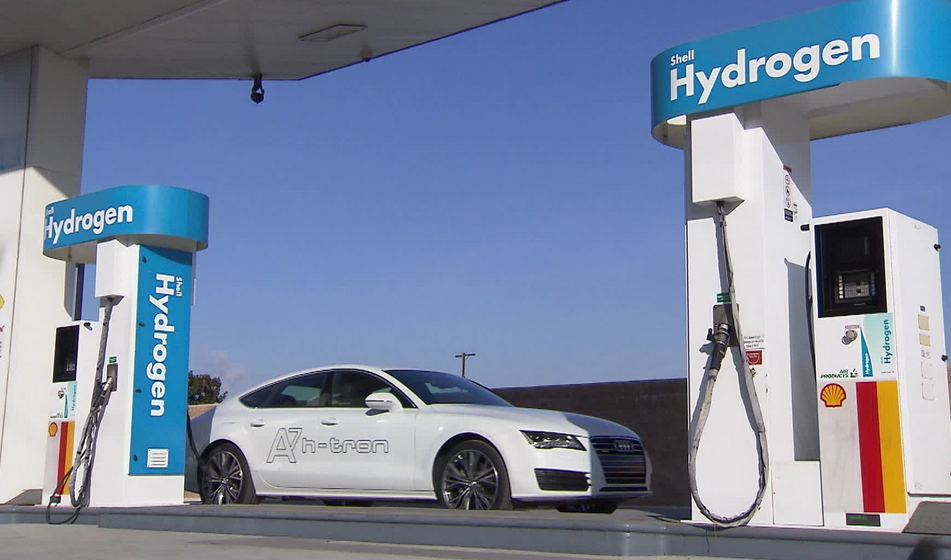 I own a few shares in Australia’s two largest oil and gas producers, Woodside Petroleum and Santos. Of course, I didn’t predict the Ukrainian conflict but I did guess brilliantly (how in the world did I do it?) that wind and solar power are intermittent, that batteries are useless, and that therefore gas, in particular, would be required in ever greater quantities to fill the breach. Andrew Forrest of Fortescue Metals, is annoyed with me, at least at one remove. I don’t take it personally.

He’s really annoyed with fossil fuel industries. Or he seemed to be when reported in the (paywalled) Australian on May 16 as saying: “What I’m asking every fossil fuel industry to do is to give consumers … green choices as soon as you possible can. And don’t masquerade, don’t put lipstick on a pig in the meantime.”

Putting lipstick on a pig, has a particular connation, which I’ll come to.

Forrest is the self-same billionaire who’s made his fortune by exporting iron ore to China — iron ore which requires lots of fossil fuels to extract, transport and ship and which is then converted to steel which, together with power-hungry cement, makes all manner of power-hungry commercial and industrial things including, in China, hundreds of coal-power stations. There’s an irony for you.

Through a subsidiary company, Fortescue Future Industries (FFI), Forest is betting big on green hydrogen right around the world. To wit, ‘Green Hydrogen Can Save Us’ is its calling card. In April, for example, it was reported that FFI was eyeing the potential acquisition of twenty-two power stations in West Virginia for repurposing as hydrogen plants. It was also reported that FFI planned to tap the US government’s Hydrogen Program for a grant. Nothing untoward about that.

A grantless renewable energy project is a contradiction in terms. Find one and it would be a black-swan event. Green hydrogen projects are no exception. In fact, they are so speculative and expensive that they are bound to become prominent in renewable energy’s mendicant stakes.

Take the Asian Renewable Energy Hub (AREH), northeast of Port Headland, in Western Australia. This drawing-board project has gotten different and bigger from its start three years ago. From producing five gigawatts of wind and solar power for delivery by undersea cable to Indonesia, it is now a 26-gigawatt project designed to produce ammonia from green hydrogen for export around the world.

Envisaged is 2500 square miles of wind turbines and solar panels, a desalination plant to produce water in sufficient quantities and purity to support electrolysers of vast industrial scale, supplemented with Haber-Process plant(s) to convert the hydrogen produced to ammonia, for safer transport. What could possibly could go wrong; particularly when so many powerful corporations are backing it?

Pardon me for being sceptical, but when a project starts off one-fifth the size with the aim of producing one product and on a dime becomes five times larger with the aim of producing a quite different product, doubts creep in. Apropos, BHP some years ago was paying 60 cents per share. It invested heavily in shale-gas projects in the US. The bottom fell out of the market. BHP lost billions. Dividends were reduced to 16 cents. The CEO’s bonuses were cut a little. No record of him falling on hard times. A salutary reminder for me as a shareholder, as I later recalled, of the human frailties of overpaid mining magnates.

As it stands, the AREH project was rejected by former federal environment minister Sussan Ley. It threatened migratory species and wetlands, she said, so it will be interesting to see what new holder of the portfolio Tanya Plibersek does. It seems likely that environmental objections to such a “green project” will be overcome. Passing a business case is another matter.

Of course, it would never pass a business case in a sane world; without the demonisation of fossil fuels, and without subsidies and carbon credits. That’s as plain as the nose on your face. My own guess is that it will not get off the ground in any event. The abundance of much cheaper fossil fuels isn’t the problem. Woke politics and the susceptibility of a paganised human race to believe in scary hoaxes has overcome that one. The problem is internecine hydrogen wars, which are just beginning.

It is significant that Australia’s recent first export of liquified hydrogen (to Japan) was produced from brown coal. The carbon dioxide was reportedly captured and stored in an offshore reservoir. Brown hydrogen produced from coal and blue, produced from natural gas, with CO2 sequestered are “green” competitors to green hydrogen. Moreover, it seems that brown and blue hydrogen can be produced much more cheaply than green hydrogen. Up to three times more cheaply according to most reports. Here’s Santos CEO Kevin Gallagher crossing swords with Forest at a recent conference:

Woke chatter has it that the costs of green hydrogen will come down with the help of technology and scale. But why won’t technology and scale help all hues of hydrogen? This a huge problem when you are investing untold billions of dollars in bizarre schemes requiring desalination plants and vast arrays of wind turbines and solar panels before ever beginning to produce one tank of ultra-expensive hydrogen for conversion to ammonia.

Hence, to go back to it, that reference by Forest to lipstick on a pig. The pig in this case is clearly gas and coal. And the lipstick, burying the CO2. I dare say he will be joined by all those with a billion dollars and more at stake in green hydrogen. But this time it’s not an easy sell. Carbonless hydrogen is carbonless hydrogen, whatever the source.

True, it’s all a gigantic crock when you can burn coal and gas directly. But I’m talking about the brave new net-zero world. And, in this world, conflicts of a colourful kind are afoot between true believers, with much more to come. Green versus an axis of brown and blue. Hopefully, they’ll exhaust themselves, run out of money and taxpayer largesse, and we can get back to burning fossil fuels directly. I’m dreaming again.

The Adventure of the Antarctic Anomaly

Life of the Murray