In Praise of CO2

Given the heavily technical nature of the global warming debate, how is the ordinary citizen to assess whether the balance of truth lies with the specialist minority of scientists who assert climate alarm, or with the wider scientific opinion that (natural) climate change is happening today at about the same rate, and in the same ways, that it always has?

Western nations are fortunate to have inherited from their Enlightenment forbears a system of democratic government that is rooted in the application of empirical science, sound engineering and logical reasoning to address the problems of society. It is no accident, therefore, that many of the majestic engineering projects of the 19th century still stand proudly today, nor that 19th and 20th century science experienced such breathtaking advances in knowledge, which included the discovery of the mechanisms of evolution and genetic inheritance, the explanation of continental drift, the splitting and harnessing of the atom and the development of the transistor and microelectronics – to name just some of the most obvious.

Nonetheless, early in the 21st century we find that some branches of science have become tainted by the nihilistic diseases of post-modern and post-normal thinking, and that even up to the high level at which scientific academies provide policy advice to government. In parallel, our governments have increasingly become divorced from accurate scientific advice. They have also become hostage to divisive party politics, to the incessant use of political spin and above all to capture by special interest groups – of which the radical environmentalist lobby is significantly the most dangerous.

In the public arena, these degrading political tendencies have become exemplified by the emergence of strident opposing arguments about what are now the environmental and technological shibboleths of the modern world – including nuclear energy-or-not, dam construction-or-not, genetic modification-or-not, vaccination of children and fluoridation of water-or-not, and combatting allegedly dangerous global warming of human causation-or-not.

In all these policy debates, and others of similar nature, a small group of committed and radical luddites who oppose technological advance have learned how to carry a large segment of public opinion by relentless use of the Jesuit maxim of indoctrination of youth (including, particularly, the penetration of the education system), by clever exploitation of the media’s incessant need for alarmist headlines, and by the wilful misuse of partial scientific arguments. 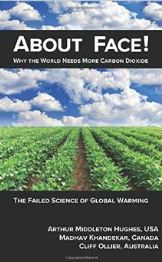 Underlying all these tactics is the appreciation that to capture a significant portion of public opinion is to ensure that politicians of all stripes will modify their policy intentions in order to assuage any significant public alarm. And thus is control of government passed from major parties to whatever potpourri of lobby groups can propagate the greatest public alarm about the fashionable issues of the day.

So what, you say?

Well, About Face! contains more than one cautionary tale of the disastrous results that have resulted from the misapplication of science in the past. Prime amongst these was the 1972 banning of DDT as a control on malaria, on the grounds that it killed birds and caused cancer – both of which are untrue. By the time that the World Health Organization reversed this decision in 2006 it is estimated that more than 50 million people had died a preventable death, mostly in Third World countries and including many children.

One US writer has termed such policies “technological genocide”, defined as a deliberate refusal to use a technological solution the implementation of which has the power avert millions of unnecessary deaths. Refusing underdeveloped countries loans to build cost-effective coal-fired power stations is probably the most egregious current example of technological genocide in this sense – an outrage that seems to lie outside the moral radar of the “worthy” Western nations, organisations and citizens that support this evil policy.

Which brings us to the central point of this review, which is, with respect to the global warming issue, to answer the following question:

“Given the heavily technical nature of the debate, how is the ordinary citizen to assess whether the balance of truth lies with the specialist minority of scientists who assert climate alarm, or with the wider scientific opinion that (natural) climate change is happening today at about the same rate, and in the same ways, that it always has?”

The first and most obvious answer – to believe what they read in the newspaper or hear on the radio or television – is unfortunately risible. For, regrettably, nearly all mainstream media sources are relentless purveyors of alarmist climate stories. No matter how implausible they may be, climate scare headlines sell both newspapers and advertising space.

A second answer would be for our citizen to consult the original scientific literature on each side of the argument. Unfortunately, and once again, this is a completely impractical suggestion. For both the major pro-human warming IPCC (Intergovernmental Panel on Climate Change) and the pro-natural climate change NIPCC (Nongovernmental International Panel on Climate Change) reports run to several large volumes, each of which contains several thousand supporting scholarly references. It is beyond most trained scientists, let alone an average citizen, to master this amount of material. 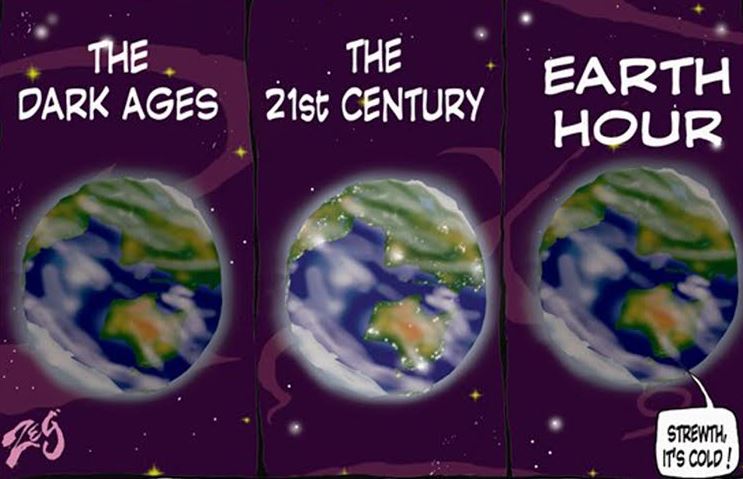 And thus we are led to the third, and only practical, answer to the question posed above. Which is that those members of the public who are interested in informing themselves on this issue need to seek out and read well-written, popular books on the topic that are authored by authoritative and trustworthy scientists.

As listed at the back of About Face!, a number of such books are already available. But written as it is by an experienced economist, environmental scientist and geologist, About Face! is a most welcome addition to the genre and a book that should rank high on any readers intention list.

The reasons for a highly recommended ranking include the following:

If, like me, you keep an eye on the daily press effusions about global warming, you will have noticed that since late 2014 there has been a mounting campaign to propagate alarmist material into the public debate, towards the end of influencing the forthcoming climate conference in Paris this December. Perusing these often shrill articles, one constantly thinks that the lack of balance, lack of commonsense, lack of critical thinking and ignorance of elementary science and economics could not possibly get worse. Yet every single week, almost without exception, the climate warmaholics manage to trump their previous efforts.

If you feel the need for some help in dealing with this Niagara Falls of climate alarmism, or for a fuller understanding of the basic scientific issues involved, then About Face! is certainly the book for you.

How we were censored