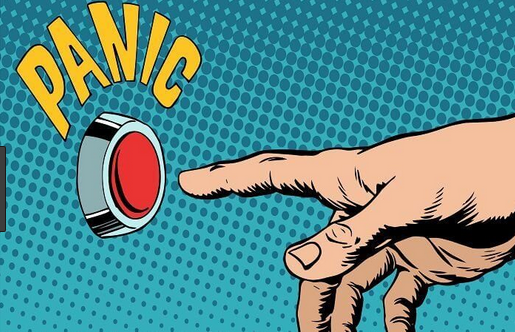 Mark Lawson comes from a journalistic tradition which attempted to assess factual information without interpreting it within an ideological framework. His book, Climate Hysteria, draws on publicly available information, details that information, and analyses its interpretation and projections as offered by climate “experts”. It is highly readable, pulling together the both history of the climate debate and the present situation by comparing the careerists’ doom-laden forecasts against reality. 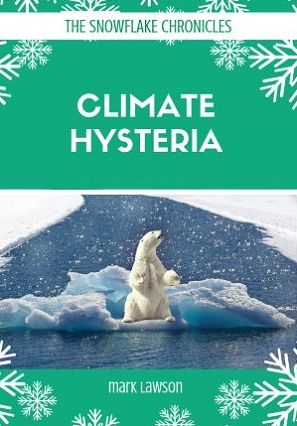 His book, as its title suggests, analyses the development of what he calls “climate hysteria” which,  coupled with conferences of nations represented by their environmental agencies, has led to international agreements limiting emissions of carbon dioxide and other the greenhouse gases, the latest being the Paris Agreement of 2016. Trouble is, the climate is failing to behave the way scientific analysis, as reported at planetary conferences, indicates it should. Not only have the various milestones indicating apocalyptic tipping points on the road to irretrievable disaster failed to occur, but even the minor prophecies haven’t materialised. Consider:

# there has been no increase in wildfires, whereas more of these were claimed to be imminent in the IPCC papers

# there has been no change in global precipitation — not even locally, as is evident from the on-going, irregular-but-trendless rainfall data assembled for Australia

# global temperatures have increased far less than all but one of the climate models favoured by the IPCC suggest they would (the only accurate model is Russian and differs in not amplifying the tiny direct effects of greenhouse gases emissions through a water vapour feedback effect).

# There has been no increase in tropical cyclones

# Diseases have not increased. Kevin Rudd, for example, would talk about the “imminent” increase of dengue fever that Australia would suffer as temperature increases engulfed us

One interpretation of Mark’s from which I differ is his statements to the effect that governments only pretend to do things.  The truth is that all Western governments have taken action on the basis of the catastrophists’ forecasts; even the US subsidises renewable energy. What we see time and again is that governments on the one hand gild the lily of their “virtuous” policy measures while on the other downplaying the adverse economic ramifications of such measures.

In Australia, fear of alleged human-induced climate change has prompted a morphing of previous policies designed to combat other fears — fears that are now discredited. Thus

# from the 1970s, energy saving has been deemed essential because of previous fears that we were running out of resources — surely we all remember the “peak oil” scare, which held that the world’s rigs would be idle by now for want anything left to pump. Policy measures consequently put in place were enormously augmented so that, today in Australia, we squander around $5 billion a year on renewable subsidies, require “Turnbulb” low-energy lighting, plus loans and grants for windturbines, solar farms, and carbon capture and storage.

# in the case of water, reduced allocations for irrigation, originally inspired by the fallacy that this was causing salination, were adapted to the new ideology and have resulted in de-rating by 20 per cent the life blood of agriculture in our most important province, the Murray-Darling,  at a cost of some $8 billion a year. We have also spent billions on desalination plants as a result of false claims that future rainfall will never again fill our dams.

It is undeniable that government measures against greenhouse gases, on aggregate, have had a trivial effect.  Global emissions have hardly paused. This is because the nations taking economically harmful actions — the developed world, in other words — now comprise only 30 per cent of emissions. That figure drops  to a mere 15 per cent if the US is excluded.

The important issue raised in this book is also its key question: why do we bother? Mark offers far more rewarding directions to which public money might be directed, rather than throwing it fruitlessly away to temper a myth. But politicians are rational beings and respond to the prospect of votes.  The electorate, indoctrinated as children in our schools, and with those fostered misconceptions subsequently massaged and reinforced by PR campaigns and corporate virtue-signalling, is prepped to demand fewer emissions. Subsidy-seekers, careerist scientists with an eye on grants, and ideological nihilists have persuaded them that we can have their vaunted green nirvana as well as cheap energy. If you are going to tell a lie, tell a big one — and this is a whopper of ruinous dimensions.

Sensible people know all this to be false, but of the 226 elected representatives in the House and Senate, perhaps only a dozen are prepared to speak out, with a further 100-or-so harbouring a measure of taciturn sympathy with the conclusions and prescriptions Mark lays out in his book. If those who know better don’t speak up, the climate scammers win by default.

For those political leaders who do know better, being prepared to be tagged and smeared as “climate deniers” is the dilemma that pits political expediency against empirical evidence. It is also the dilemma we face as a nation.

Alan Moran of Regulation Economics is the author of “Climate Change: Treaties and Policies in the Trump Era” The article above is an edited version of his address when launching Mark Lawson’s book, available here.