Owls left out in the cold

I visited New Brighton, a seaside resort, across the mouth of the Mersey from Liverpool. I used to go there as a boy to swim in a large outdoor unheated swimming pool. Thankfully it has been demolished, saving generations of children from hyperthermia even with global warming on a Flannery scale.

It’s a windy place. That’s obviously the [sic] ‘commercial’ rationale for wind turbines being everywhere you look. But, windy or not, why put them in plain sight of a popular beach? By the way, I am using the modern nomenclature of ‘wind turbines’ rather than ‘windmills’, which are Dutch and cute.

Plenty of opposition seems to be building to this modern homage to primitivism; though if it occurred in New Brighton it was clearly not persuasive or powerful enough. However, most of the opposition seems to be triggered because wind turbines are eyesores, rather than because they are useless and costly eyesores. Still, any reason to stop them is welcome.

In short order, over a couple of days, I read that local residents and MPs are resisting attempts to build a wind farm in Somerset near the site of the battle of Sedgemoor. Apparently this battle took place in 1685, when James Scott, the Duke of Monmouth, attempted to usurp the crown from King James II. He was defeated by John Churchill later to become the Duke of Marlborough.

The Thomas Hardy society has condemned plans to build 16 wind turbines in ‘Hardy Country’ (places featured in his novels) near Puddletown and Tolpuddle in Dorset. I am fairly confident that objecting to wind farms anywhere near any place mentioned in any half-famous novel could catch on; with any luck.

There is lots of other negative stuff. For example, one of the big six energy companies (EDF Energy) was paid £3million to shut down a wind farm in the Scottish Borders between April and October. This happens if it is too windy and/or if local demand is wanting. It appears there is insufficient network capacity to transmit the electricity to urban centres in England, where demand is higher. Some blame Scottish First Minister Alex Salmond. Apparently, as you would expect of this Scottish nationalist leftie, he is a keen exponent of wind.

Another company, Centrica, is reportedly getting ready to abandon the construction of an offshore wind farm because government subsidies, added to bills in the UK, are too low. And this is happening in circumstances where everybody is complaining about energy prices. You have to think that reason will eventually, eventually, prevail.

The question is how much damage will have been done, and how much economic growth and prosperity will have been thrown away, in the interim; not to mention people freezing to death. If only Salmond, Cameron, Clegg and Miliband studied the recent experience of  barn owls, as covered below; they might be persuaded to alter course. Though I suspect, even then, we will have to wait for another generation of leaders before there is any hope. 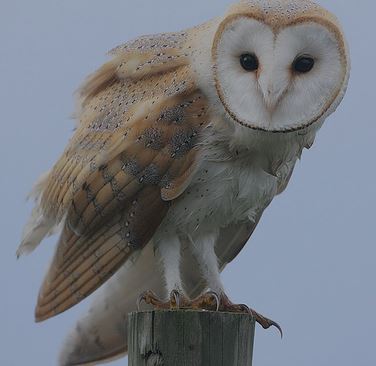 I caught this report under Nature Notes in The Daily Telegraph (1 November), which inter alia had the following remarks about the perilous position of barn owls: “Fears are growing that the barn owl, one of Britain’s most treasured birds, is being pushed toward extinction after a series of cold springs.”

“Some experts are labelling it the worst breeding season for barn owls for more than 30 years,” the paper reported. “With the barn owl’s future in Britain under threat, much will depend on this winter and next spring.”

Fear not that global warming, ahem, climate change, is real and will save the barn owl. In fact, it is extraordinarily puzzling, is it not, that the barn owl is suffering when the last decade was the warmest on record? Or, in addition, fears for its future are held when it is surely destined to bask in warmer and warmer spring sunshine and produce many offspring.

NEG: ‘The Government is Kidding Us’