Yesterday, in Courtroom 1 of the Federal Court Justice Bromberg spoke of conduct which “offended, insulted, humiliated or intimidated … fair-skinned Aboriginal people (or some of them)”. 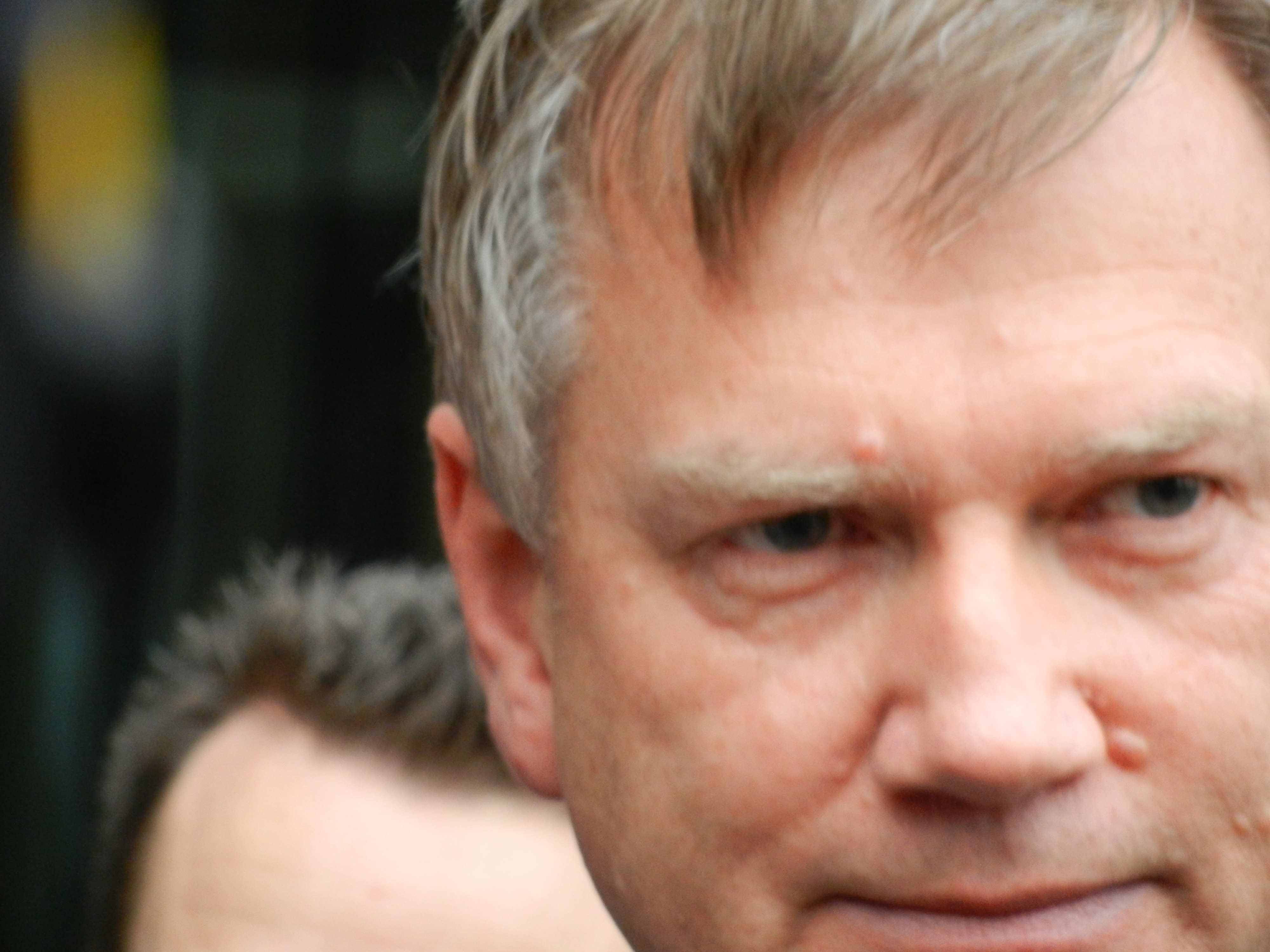 Yet, only minutes later, when Andrew Bolt was insulted and abused in the forecourt of the Federal Court building no one took the slightest bit of notice and not one of the  journalists who witnessed the attacks bothered recording them. [UPDATE: 3AW taped them – see below.]

Yesterday, Justice Bromberg gave his decision against Bolt in the case of Eatock v Bolt which was heard in late March and early April.

Set down for presentation at 10.15 some were already finding their seats by 9.30. Amongst the early arrivals was Joel Zyngier from Holding Redlich who was representing the nine people who had bought the case against Bolt and the Herald and Weekly Times.

As more people arrived Mrs Bolt opened the door, looked around and left. By now there were small groups and friendly whispered conversations.

At 10 there was a stir as the Judge’s associates prepared the bench for his arrival. Rapidly the room filled up with supporters of the nine and the media. Andrew Bolt came in with his solicitor, his wife and his children. He looked tense but confident. They sat in the front row with senior executives from his newspaper.

The courtroom was packed and it was the biggest audience that the trial had drawn. Although the trial concerned people the judge and the lawyers had called “white Aborigines” it was noticeable on this final day, as throughout the trial, that not a single “black Aborigine” was present.

At 10.16 there were three knocks, the judge entered, the court rose and the Federal Court was declared to be in session.

Justice Bromberg read out a short summary of his decision, just over 2,000 words. His full 57,000 word finding would be made available on the internet.

There seemed to be a clear indication of what his decision would be when he said:

Mr Bolt and the Herald & Weekly Times relied upon the heading of Part IIA to contend that the operation of Part IIA is restricted to racist behaviour based upon racial hatred. I disagree.

His emphasis was on that short, two word sentence.

Much will be made, and should be made, of the Judge’s decision. Bolt was criticised for errors in his writings. Yet all he had done was what all journalists and bloggers do – he had used the internet for research. It also seems extraordinary to an observer of the trial that the biographical statements made by the nine applicants were accepted by the judge without testing by the court. 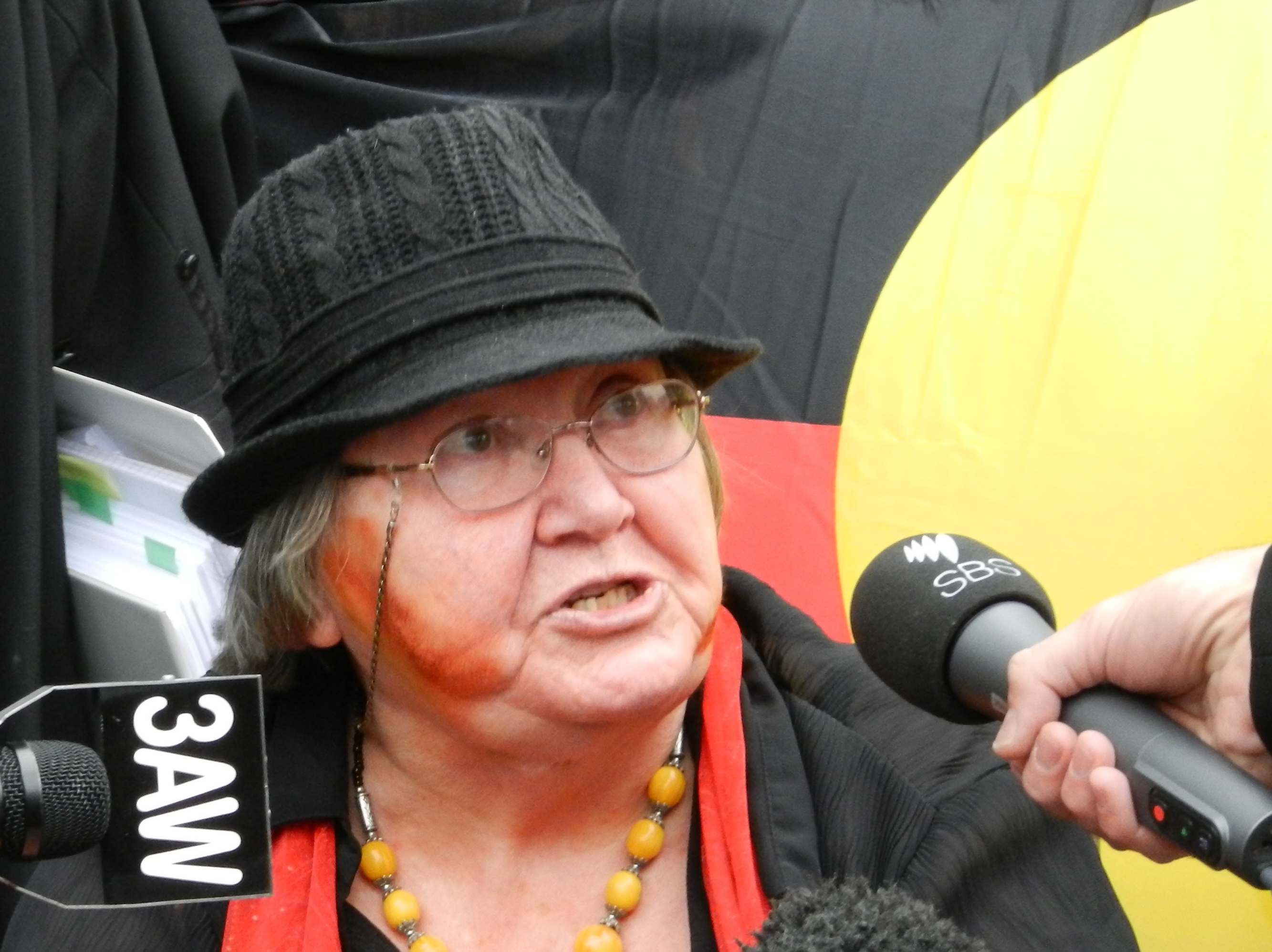 By 10.35 it was all over – or just starting. “I have found a contravention of the Racial Discrimination Act because of the manner in which that subject matter was dealt with.” In those words Justice Bromberg appointed himself Australia’s Chief Literary Critic and Censor. Andrew Bolt was found guilty of bad ideas, and guilty of possessing literary talent.

We all stood up as the judge left the room. In the confusion Geoff Clark stepped into the limelight. 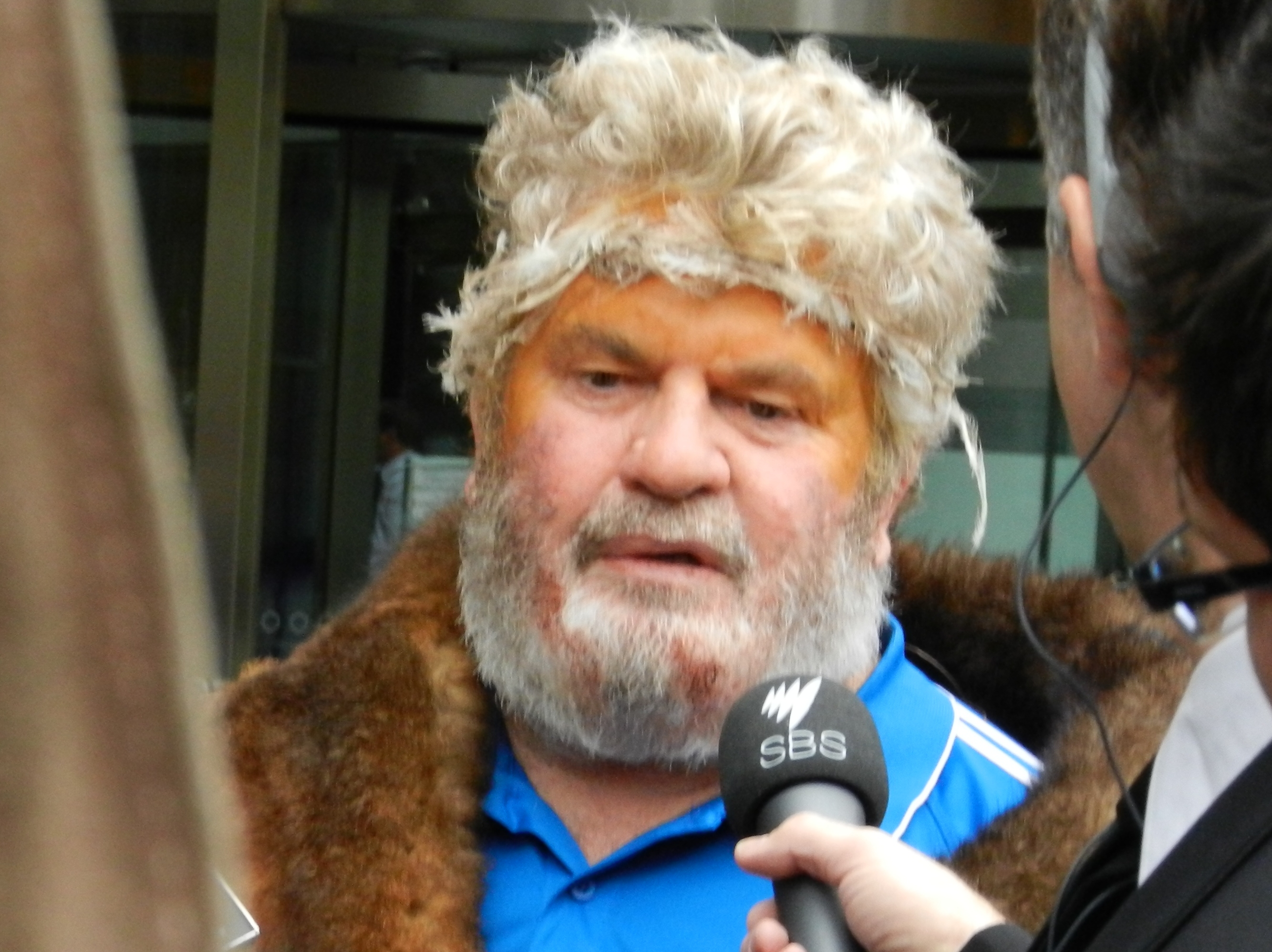 Grinning broadly, he stood apart in the central aisle of the courtroom and began applauding. The applause was taken up with enthusiasm by the many supporters. They wanted to hurt Andrew Bolt and they had. He looked shocked and numbed by the decision.

Outside the court building there was an intimidating wall of journalists and photographers facing the revolving doors. It was windy and there was a delay before Pat Eatock in her wheelchair and Geoff Clark came triumphantly out. It was an amazing sight. Geoff Clark had put on his skin cloak and he and Eatock were wearing yellowish makeup on their faces. ”The sword of justice has struck,” said Clark, “and cut off the head of the serpent, let’s hope it doesn’t grow two heads.”

The media concentrated on the winners. “That was bloody great. What a great day,” said a woman watching.

There was a delay before Andrew Bolt was fed to the pack. “Do you reckon he went out the back door?” asked one of the nine with a grin.

As we waited an elderly lady leaving the court lost her footing at the doorway. She stumbled, lurched sideways and fell heavily. There was a rush to aid her. Paramedics were called, an ambulance with flashing lights arrived and she was still lying in the doorway being treated when Bolt appeared. Her agony seemed a fitting metaphor for Australia’s wounded freedom of speech.

Bolt was swallowed by the media scrum. He was obviously suffering and in pain. The audience was unsympathetic. He was grim-faced and articulate and spoke of a “Terrible day for free speech.” Those who had just won a victory over him delighted in his discomfort and jeered. He turned towards his attackers and said quietly, "Can I at least have my free speech now?" He then continued with his statement and did not answer questions:

‘It is particularly a restriction on the freedom of all Australians to discuss multiculturalism and how people identify themselves. I argued then and I argue now that we should not insist on the differences between us but focus instead on what unites us as human beings. Thank you.

As he stepped aside he was again jeered and crudely insulted.

In the full finding Justice Bromberg provided dictionary definitions of terms used in section 18C of the Racial Discrimination Act:

Offend
"1.To irritate in mind or feelings; cause resentful displeasure in. 2. To affect (the sense, taste, etc) disagreeably." (Macquarie Dictionary 3rd Ed)

In its chief sense "to hurt or wound the feelings or susceptibilities of; to be displeasing or disagreeable to; to vex, annoy, displease, anger; to excite a feeling of personal annoyance, resentment or disgust in (any one)." (Oxford English Dictionary)

"To assail with offensively dishonouring or contemptuous speech or action; to treat with scornful abuse or offensive disrespect; to offer indignity to; to affront, outrage." (Oxford English Dictionary)

"To lower the pride or self respect of; cause a painful loss of dignity to; mortify."(Macquarie Dictionary)
"To make low or humble in position, condition or feeling; to humble." (Oxford English Dictionary)

“That’s why you’re scum Bolt,” screamed one woman. “What an evil person,” said another. These people were grinning and laughing and delighting in their own behaviour. They had lighter rather than darker skin and were dressed in tee shirts with Aboriginal sloganeering and clutching Aboriginal flags. They had been in the audience when the Judge handed down his judgement.

“That’s why you’re scum Bolt.” Neil Mitchell has this on tape and plays it to Geoff Clark here…

Clark says he can’t identify the speaker. I can. I don’t know her name but I was standing near her and I wrote the words into my notebook as she said them.

In his Summary Judge Bromberg said:

Finally, in dealing with the formulation of the orders to be made by the Court, I have observed that it is important that nothing in the orders I make should suggest that it is unlawful for a publication to deal with racial identification, including by challenging the genuineness of the identification of a group of people.

Quadrant is pleased that this is so. In our October issue (to be published October 1) we ask important questions regarding professor Sally Morgan. UPDATE: Read "The Question of Aboriginality" here…

Why don’t they get it?