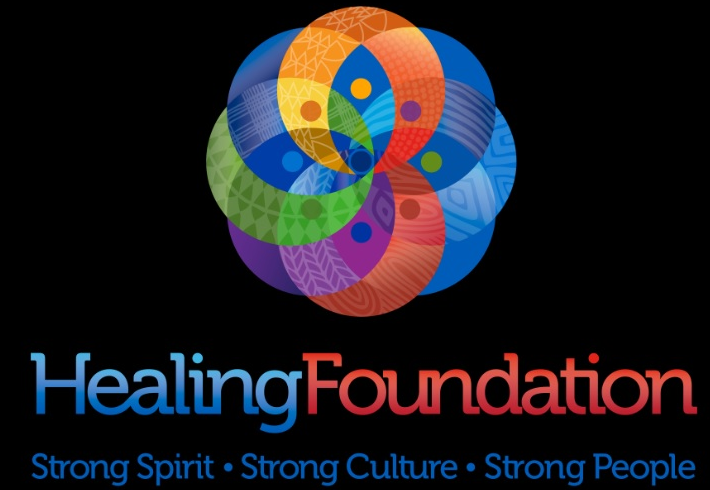 Following the revelation in Quadrant (“Compensation and Aboriginal Corruption”) that current and former Territories ministers Anthony Albanese, Paul Keating and Barnaby Joyce could be called upon to apologise to children “stolen” during their tenures as the responsible ministers, the federal government has quietly abandoned this element of its Territories Stolen Generation Redress Scheme.

Announced last August and commencing on March 1 this year, the scheme includes individual payments of $75,000 to Stolen Generation claimants removed by the Commonwealth in the NT or ACT prior to self government (1978 and 1989) or in Jervis Bay up to the present day. This includes periods when Keating, Joyce and Albanese have been the ministers responsible – Keating in the 1970s and Joyce and Albanese in recent decades.

When the Prime Minister and Indigenous Australians Minister Ken Wyatt made the $378 million announcement on August 5, 2021, they said that, in addition to cash compensation, successful claimants would be entitled to “receive a face-to-face or written apology for their removal and resulting trauma”. Earlier, 0n March 1, the day the scheme officially opened for applications, the minister repeated the offer of individual apologies, saying in a press statement that claimants would be able to “confidentially Tell (sic) their story about the impact of their removal to a senior government official, have it acknowledged and receive a face-to-face or written apology”. That was the same week that the March edition of Quadrant published “Compensation and Aboriginal Corruption” highlighting the role of Keating, Albanese and Joyce in child removal and therefore their potential involvement in the provision of individual apologies, possibly face-to-face.

Since then all references to the prospect of apology have been quietly deleted from the scheme. The relevant government website inviting applications and detailing the scheme (Territories Stolen Generations Redress Scheme) now refers only to what it calls A Direct Personal Response:

There is no longer any mention of the promised individual apologies, least of all an apology from a responsible minister.

Is this the result of belated pushback from an angrily surprised Deputy PM? Will the alternative PM recommit to individual apologies? Was a certain former PM displeased to find himself caught in such a spotlight? When in 1992 Paul Keating famously proclaimed “we stole the children” he was thought to be referring to the actions of his predecessors, not to his own role as minister responsible for child protection and removal in the NT in the 1970s.

Other concerns have come to light since Quadrant’s March edition first highlighted some of the unanticipated ramifications of the government’s ill-considered scheme.

These problems arise largely from the fact that Minister Wyatt and his department have been in thrall to the Healing Foundation, the Canberra-based Stolen Generations advocacy entity that has been prominent in lobbying for, and now designing, the Redress Scheme. Wyatt, who describes his own mother as “a survivor of the Stolen Generation”, frequently waxes emotional about the whole issue.

As outlined in Compensation and Aboriginal Corruption in the March issue, it is the Foundation that commissioned and continues to promote the spurious “analysis” of ABS survey data purporting to show that 1 in 5 indigenous people born before 1970 (including 1 in 4 in the Commonwealth Territories) were “stolen” and that 1 in 3 of current adults are their “descendants”. What the Foundation fails to disclose is that, as a consequence of continuing use of ATSIC’s poorly (if not mischievously) designed survey questions, these figures include not just people identifying as “stolen” but also anyone who had lived on an Aboriginal reserve or mission during the pre-1970s “protection” era (plus descendants thereof).

The Foundation relies upon the same fundamentally corrupted data to argue that Stolen children and their descendants have suffered consequential disadvantage in later life compared to their indigenous peers. This may or may not be true of the cohort concerned but not because some of them may have been stolen. The ultimate reality check as to how many children were actually “stolen” in that era has been provided by the experience of the three states (NSW, Tasmania and SA) that have implemented schemes to compensate those who may have been wrongfully — without cause or consent — removed. The resultant number of verified claimants amounted to slightly less than three per cent of adults born in those jurisdictions before the mid-1970s. This contrasts with the Healing Foundation’s claim of 1 in 5 and with the premise of the 2008 parliamentary Apology, as asserted by Kevin Rudd: “Between 1910 and 1970 between 10 and 30 per cent of Indigenous children were forcibly taken from their families.”

During Ken Wyatt’s tenure as Minister the Healing Foundation has successfully inveigled itself into the heart of Canberra policy-making. Its inordinate influence — playing into the minister’s emotional blind spot — possibly accounts for the spectacular overreach that resulted in Canberra’s compensation scheme targeting not just last century’s assimilation practices in the NT but also today’s judicially sanctioned child protection removals on the NSW south coast, thus inadvertently ensnaring Joyce and Albanese in the process.

Where were the normal public service checks and balances when this idea was first canvassed? Didn’t anyone, especially the Finance Department, probe the evidence base on which the $378 million budget was calculated? Were Barnaby Joyce and the rest asleep when Wyatt proposed his idea to Cabinet (assuming it was subjected to Cabinet scrutiny)? Was his Indigenous Australians agency cowed or complicit (these being the same officials now assessing individual claims)? Where was the Attorney-General when they decided to revisit court orders and pay compensation? Didn’t the Department of Prime Minister and Cabinet alert the Prime Minister as to the management risks and political implications? Did nobody speak truth to power? Frank and fearless advice? This is how you make bad policy.

The states did not make this mistake. Even the equivalent scheme finally announced by Victoria in March this year applies only to those removed prior to 1976 under administrative discretion, similar to the NSW, Tasmania and SA schemes. Those schemes also revealed the extent of the risks involved when financial incentives are in play: 1 in 3 of their claimants proved not to be stolen, not Aboriginal or otherwise unentitled.

CANBERRA‘s scheme aims to be “survivor focused and trauma informed” but will also need to be rigorous and transparent if it is to be fraud resistant and genuinely focussed on survivors.

The Healing Foundation has been intimately involved in Canberra’s decision-making from the start. At the August 5 press conference announcing the Redress Scheme the Prime Minister revealed

Earlier this year I met with the Healing Foundation and I committed then that I would look at this important issue. Today we are delivering on that commitment”. The Foundation’s CEO featured at that announcement. Since then Wyatt, who facilitated its original meeting with the PM, has announced that the Foundation would, in tandem with his department, co-chair the External Advisory Board that will “guide the scheme.

Given the Foundation’s outlook and record this is unlikely to facilitate a robust claims-assessment process. Future grist for the Auditor-General’s mill?

Governments need to maintain a healthily arms-length relationship with lobby groups if they are to protect the common good and the public purse. This principle is threatened in indigenous administration by assumptions that funded service providers are accountable to their clientele, that they have no agenda of their own, and that to increase their funding will automatically benefit “the community”. None of this is true of the Healing Foundation.

For example, the Foundation is described as “community controlled” whereas for all practical purposes it is a private club. Incorporated as an unlisted public company, membership is by invitation only, whenever the directors need to fill a board vacancy, which is rare (most of the existing eight directors, including the chair, have been on the board for at least eight years).

Beyond that there are concerning questions about the Foundation’s financial affairs. Over the past decade, according to its audited annual statements, the Foundation has received Commonwealth grants totalling $77 million! During the same period it has raised less than $1m in public donations (most of it in a single tranche). Its auditors have repeatedly cautioned that “The company is dependent on the National Indigenous Australians Agency for the majority of its revenue used to operate the company.”

Over the past four years annual remuneration payments to the Foundation’s “key management personnel” have increased by almost 60 per cent, from $401,000 to $637,000. The most recent auditor’s report (2021) is overtly critical of remuneration practices for the Foundation’s senior staff. Fees paid to directors have never been publicly disclosed (and you can’t go to an AGM to ask).

Despite such questions, Canberra continues each year uncritically to pour millions of dollars into the Foundation and to accord it insider status on design and management of a $378 million public program.

The Healing Foundation is fundamentally compromised by its closed shop corporate structure, its concerning financial affairs, and its conscious misuse of unsound data to mislead the public.

The Minister — whether or not re-elected — and his bureaucrats have a case to answer for their favoured treatment of this company and for the unraveling consequences.

Paul Thomas (a pseudonym) was a senior official in the Hawke, Keating and Howard governments

6 thoughts on “From Some, Apologies Are No Longer Required”

The Pascoe Stain on the Academy of Science