Another Jaunt up the Garden State Path 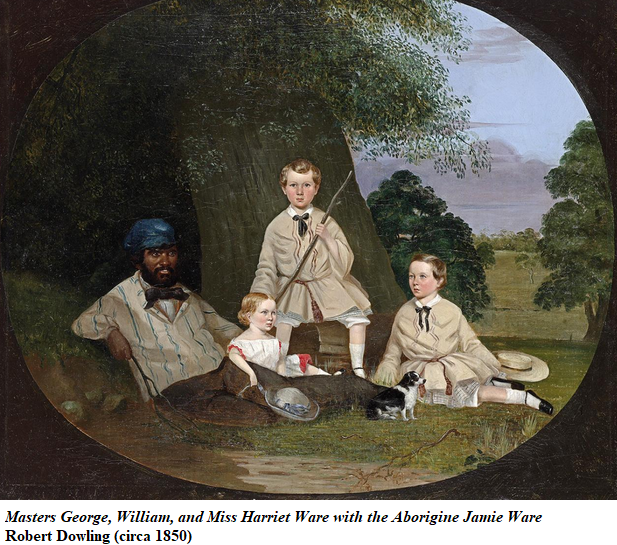 Victoria’s Premier Dan Andrews paid contractors $1.1 billion compensation in 2015 when he cancelled Melbourne’s East-West Link tunnel to oblige greenies. Against that backdrop his new $10 million redress scheme for “stolen generations” is just coins behind the sofa. It enabled his Socialist-Left faction warlord, Aboriginal Affairs Minister Gavin Jennings, a puff of virtue as he retired from Parliament one day later. The Greens had proposed $200,000 per person “stolen”, ten times Andrews’ offer. I’ve seen calls for up to $1 million per person.

Andrews was embarrassed that uber-progressive Victoria, alone among the states, had no compensation scheme. They don’t always work well – the Aboriginal Legal Service report in 2014 complained of the payouts’ grog and drug spending, “humbugging” and family infighting. Andrews’ quote for his media chooks read, “We say sorry, but the words are not enough – redress is about tangible support for people who are still suffering, many years on from this horrific policy.”

Sorry, but Victoria never ran “horrific” stealing policies and Dan’s cited “evil chapter” is mythical. Six official inquiries between 1996 and 2003 found no Victorian policies and no victims. The 2003 task force said there had been no policy to remove children. The 1996 report conceded that a century ago very few children were being removed and, from 1957, the Welfare Board had no authority to remove them.

Apprentices were boarded out (three or four a year from 1912-29) and children were placed in industrial schools (about five a year from 1901-52). “Few, if any” removals from 1890-1930 claimed parental neglect. The 1996 submission even counted as “stolen” 400 young felons imprisoned just like young white crims. Nearly all returned home. Judge-approved adoptions from 1958-68 averaged only one or two per year, mostly babies of teens from interstate.

There were two grey episodes. In the 1950s, police brought 150 Aboriginal children to court after a roundup in shanty towns that included 24 kids living on the Mooroopna rubbish dump. In the late 1960s Aboriginal Welfare officials uncovered 300 informal private adoptions. They strove to re-unite the families, since State policy was against family separations, not creating them. Historian Keith Windschuttle estimates from his archival counts that 700 Aboriginal children in Victoria were removed between 1890-1970, for all reasons, and voluntarily or not. That’s about nine children removed per year. Nationally such removals totalled about 8250 last century, for all reasons.

By 2005, embarrassed Victorian politicians solved their non-problem by redefining “stolen” as those separated from community, family, land or culture, no matter how short, how voluntary and for whatever reason, plus all the descendants. And the whole families involved were now viewed as “stolen” survivors. The result, as Windschuttle put it, was that Victorian “stolen” numbers went from virtually none to virtually all.

This was so implausible that a new legitimising tactic evolved in 2018. The Australian Institute of Health and Welfare and the Healing Foundation generated national counts of the “stolen” using five Australian Bureau of Statistics surveys from 2002-15. This led to a 2018 total of 17,000 for surviving Aboriginals born before 1972 (when alleged “stealing” ceased) and who also reported removal from their families. The Victorian figure at 2014-15 was 1341. The report further tabulated about 100,000 descendants of the “stolen”. This was a third of all adult Aborigines, including 9000 descendants in Victoria.

The ABS survey questions were:

1/ Have you been removed from your family by welfare or the government or taken away to a mission?

2/ Have any of your relatives been removed from your family by welfare or the government or taken away to a mission?

The questions involve no distinctions between voluntary and enforced removal, no reasons for removal (welfare, racist or last resort), and no date or duration of removal.

Question Two is quite subjective, asking about family lore or hearsay concerning “any type of relative”, according to the Institute. Answers could range from upbringing at a children’s home (for whatever reason) to a tale about a pre-war great-grandmother who got a trip from her inland mission to the seaside. This survey generated the highest possible number of “stolen” kids. Nonetheless, it is clear from the report that legalised removal for whatever reason had bad outcomes, across a swathe of 20 indicators.

But some results were absurd. About 18,000 national respondents in 2014 said they were “removed” after 1972, after the alleged racist practices ceased. These 18,000 mistaken respondents were only slightly fewer than the 21,000 saying, at least plausibly, that they were “removed” pre-1972 (p91). And the fourth ABS survey in 2012-13 produced such exaggerated removal figures that it was binned even by the report-writers.

The population claiming Aboriginality has soared as people choose this fashionable identity, creating an “unfortunate” glitch in the “stolen” statistics, the report says. In 2008 the increase was 17 per cent above the demographic estimate.

South Australian governments also love apologising for stealing generations. Sure, Adelaide produced Australia’s sole court-verified case, Bruce Trevorrow, stolen from hospital at 13 months by a deluded welfare officer in 1958. He won $775,000, why no wins by others? SA had laws since 1911 against “stealing” the children. But from 1939-58 bureaucrats removed about 300 children illegally (including Bruce Trevorrow), some for neglect or with consent. SA archival experts Alistair Crooks and Joe Lane have re-keyed to their site, firstsources.info, some 22,000 letters of Aboriginal Protectors from 1840-1912. From 1840 to 1940, SA removals averaged two to three per year, for all reasons including having been orphaned, they found. Windschuttle’s SA count for 1900-1970 was 16 a year, for all reasons. The SA government itself has cited miniscule removals, such as five a year from 1909-1913, for all reasons.

The Protectors were so keen to preserve families that from 1860 they provided many scores of 15ft fishing boats and canoes, free or half-price, to Murray River-dwelling groups, along with tackle and rifles for self-sufficiency. From the 1940s, travelling staff coached mothers on child-rearing to minimise removals for neglect.

Contrast that with modern Victoria.  As of June 2018, 8.9 per cent of the children were in care placements, 20 times the non-indigenous rate, and the worst rate in Australia. Dan Andrews should focus on his government’s current child removals rather than alleged historic ones.

5 thoughts on “Another Jaunt up the Garden State Path”