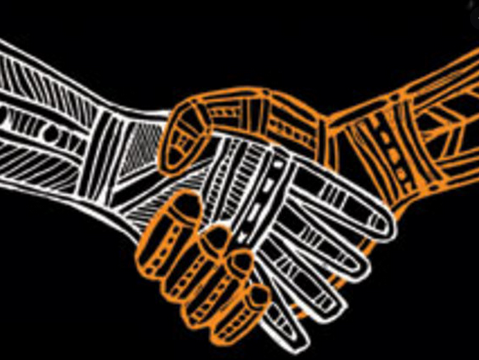 Recently the Indigenous Voice Advisory Group released its Interim Report. Following on from this, The Australian published a flurry of stories – at least five in the past couple of weeks — all promoting the idea.   Tellingly, online comments in response to these stories have been voluminous and almost uniformly – at least 99 per cent, I would say – scathing against it.

Given that on any other subject – be it global warming, renewable energy, Donald Trump, trans-gender issues, China, etc etc – the increasingly left-leaning Australian normally garners a healthy mix of conservative and progressive viewpoints, this is astonishing and raises some doubt over the claim by professors Marcia Langton and Tom Calma that

Momentum for an Indigenous voice continues to build. The calls grow for establishment of a mechanism that ensures Aboriginal and Torres Strait Islander people have a stronger way to have a direct say on matters to improve our lives.

Momentum “continues to build”?  It enjoys 86 per cent support?  Really?  There would seem to be a serious disconnect between my anecdotal observation of attitudes of Australian readers vs the general community.   How could that be?  Well, regarding the 86 per cent of alleged Voice supporters, the 2020 Reconciliation Barometer Report tells us that:

Since the first Barometer in 2008, the general community sample of Australian residents has been recruited from a professional market and social research panel. Participants received a small incentive for their participation. The sample of 1988 completed the survey between 1-15 July 2020, and is associated with a margin of error of +/-2.2% at the 95% confidence interval.

I’m guessing that very few readers of The Australian were among those 1988 respondents.  But the fact that it’s a ‘professional’ panel – ie., people who augment their incomes by sharing their opinions – might suggest a crew that would list heavily to port, regardless of how many diversity boxes (gender, age etc) its members ticks.  The Left have methodically infiltrated all our major institutions.  Why not “professional survey panels” as well?

The Barometer also reports that 81 per cent of the general public believe the Voice should be enshrined in the Constitution.  That absolutely flies in the face of my observations.  However, here again we see games being played.  The question was framed thus:

To protect an Indigenous Body within the Constitution, so it can’t be removed by any government

That’s pretty much a ‘when did you stop beating your wife’ question.  I wonder what the response would have been had they made the unspoken rider explicit i.e. ‘regardless of how disastrous it might turn out to be’.

But back to the matter at hand.  The proposed Voice will comprise a national body interacting with a plethora of independent local and regional bodies, some of which already exist.  In summary:

Core Function and scope:  National Voice to Commonwealth Parliament and Government on matters of critical importance to the social, spiritual and economic wellbeing, or which has a significant or particular impact on Aboriginal and Torres Strait Islander Australians of national significance. A National Voice would have a proactive, unencumbered scope to advise on priorities and issues as determined by the National Voice.

Parliament and the Australian Government obliged to consult the National Voice on a narrow range of proposed laws which are exclusive to Aboriginal and Torres Strait Islander people and would be expected to consult on a broader component. Parliament and the Australian Government to engage as early as possible in development of policy and laws. The obligation would be non-justiciable, nor affect the validity of any laws.

I have commenced wading through the Interim Report and hard going it is. Whether I eventually make it through to the end is moot but one comment early in the Report struck me.  The Executive Summary tells us that:

The consultation and engagement process will outline the proposed benefits for amplifying Aboriginal and Torres Strait Islander voices and how the Indigenous Voice works towards reconciliation.

Ah, yes, ‘reconciliation’. This is a beautifully nebulous term that, for me, always brings Paul Simon’s words to mind – ‘the nearer your destination the more you’re slip sliding away’.  We are never told what this ‘reconciliation’ is. How will we know when we get there?

Reconciliation is a term that can have two meanings.  Firstly, two formerly adversarial parties can become reconciled, ie, make peace.  It’s generally a two-way street, otherwise it’s not really reconciliation, is it?  But this version of reconciliation is not quite apposite here since the vast majority of white Australians do not feel they are in an adversarial relationship with Aboriginal Australians in the first place.  It’s just that Aboriginal Australians keep shoe-horning them into that position.  Which means that we can only know ‘we’re there’ when, a bit like Dad announcing from behind the wheel, that yes, we’ve finally arrived.  The other form of reconciliation is where some person or group comes to terms with a hitherto unacceptable status quo.  That is the kind of reconciliation that, I suspect, most white Australians would like to see.  They will go to great lengths to alleviate the disadvantage that many Aboriginal communities suffer, but considerably less to mollify the overweening sense of grievance professed by the Aboriginal intelligentsia.

One of the recent articles in the Australian was penned by Professor Megan Davis, who made it clear in her first sentence that reconciliation will be on her terms:

It is indeed a frenetic pace for a January that is normally dominated by Invasion/Survival day. Prior to the clock striking midnight on New Year’s Eve, the Prime Minister announced an alteration to the text of the national anthem, deleting the word “young” and recognising, by inference, the length of Aboriginal occupation on this continent. Then, not long after, the Minister for Indigenous Australians, Ken Wyatt, released his long-awaited 239-page Interim Report in response to the 2018 joint select committee on constitutional recognition led by Senator Dodson and Julian Leeser. Dodson and Leeser’s own report was responding to the Referendum Council’s recommendation for a constitutionally enshrined voice to parliament in 2017.

Davis, who seems to surviving rather nicely, goes on to say:

Most responses are that it is a good start and a stepping stone to a referendum. The NSW Aboriginal Land Council, the largest land council in Australia, says the Interim Report is a good start but falls short of the Uluru reforms because it is not protected from the whim of the government of the day and it does not compel our voice to be heard….

Self-determination is at the core of democratic governance. It is the will of the people speaking together that drives legitimacy and makes institutions enduring, like our Constitution. But we First Nations peoples, whose ancient polities are now recognised by inference in the National Anthem, were not at the table in the 1890s or in 1901.

Earlier in the piece she rejects symbolism:

The voice to parliament is substantive and symbolic recognition. The option that received not one iota of support across the nation was symbolic constitutional recognition, a statement of recognition or a preamble. The appetite for symbolic gestures 10 years after not closing the gap is zero.

That may be so but it has not stopped Ms Davis turning a well-intended symbolic gesture into a prop to support her claim for a special form of sovereignty for one group of Australian citizens.  How much more powerful would be that prop if it were ‘enshrined in the Constitution’? At the end of her piece Davis says:

It would be a shame for this important consultation period to be distracted by those animating a “legislate first, enshrine later” debate.

In other words, let’s not scare the horses.  Make no mistake, we are no longer talking about ‘Constitutional recognition’.  The agenda, the real definition of ‘reconciliation’, is ‘Constitutional empowerment’ and the permanent division of Australians into two camps.

I am convinced that the majority of the public will never buy ‘enshrinement’ in the Constitution, particularly when they are informed by an articulate ‘No’ case.  So where will that leave our Aboriginal activist legions?  To what lengths might they then be driven to achieve their aims? Unless nipped in the bud before expectations are ramped any higher, this can only end badly.

Why Australia Had No Slavery: The Islanders

Where did it all go wrong?