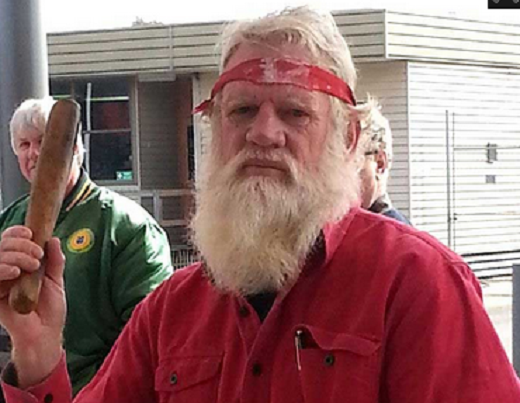 In news breaking today (January 11), our ‘most influential indigenous historian’, Professor Uncle Bruce Pascoe has been referred to the AFP for investigation into possible fraudulent behaviour, the accusation being that he benefitted from falsely claiming to be indigenous. I’m guessing the complaint won’t include any suggestion that he benefitted financially by deliberately falsifying history in his purportedly factual book, Dark Emu.

Serendipitously, the news coincides with a glowing review by Melissa Lucashenko, also in The Australian, of Pascoe’s latest book, Salt, a collection of essays. It’s title is apposite since it describes the essential seasoning with which Pascoe’s magnum opus needs to be consumed.

The Aboriginal establishment has, hitherto, been content to accept the false narrative he has peddled because it plays into the myth, now widely accepted among the Indigenous population, that Aboriginal sovereignty over the continent existed prior to 1788 and has never been ceded. It attempts to overthrow the conventional wisdom that Britain occupied Australia as a settled colony.  It instead claims that Australia was “invaded”, hence the practice of Aboriginal activists to refer to Australia Day as Invasion Day. This distinction is of more than academic interest as Keith Windschuttle explains in his  comprehensive work, The BreakUp of Australia.  I also address this issue, to a lesser extent, in Bitter Harvest, my equally readable, I hope, critique of Dark Emu.

Pascoe was referred to the AFP, courtesy of Home Affairs Minister Peter Dutton, by Aboriginal academic and lawyer, Josephine Cashman.  This intervention came about because Andrew Bolt asked her if Pascoe’s claim to be of Yuin descent was true.  Cashman has familial connections with the Yuin clan.  Bolt’s query was predicated on the work of amateur genealogist Jan Holland, who has provided near-watertight evidence from birth records that Pascoe is not Aboriginal.

Keith Windschuttle: The Epicentre of Our History

Cashman stated that she ‘knew quite a long time ago that Bruce was a fraud’.  And Michael Mansell told Bolt that Pascoe was not a Tasmanian Aborigine.  Mansell is well known for his fierce opposition to false claims of Aboriginality, having said for years that ‘there are more phony than real Aborigines in Tasmania’.

But Pascoe wasn’t actually flying under the radar.  He has long claimed to be of mixed Yuin, Burnurong and Tasmanian Aboriginal heritage.  He has been welcomed, as a member of the clan, by Yuin communities as recently as June 2019.  He has been feted and awarded throughout the Aboriginal establishment for years.

So, it seems to me that this concern about Pascoe’s aboriginality is somewhat belated and only surfaced when it became apparent that his claims were unsustainable under any scrutiny more stringent than the ABC and its fellow travellers in the left-wing media have ever been likely to inflict. In fact, this whole question of Pascoe benefitting financially by claiming to be Aboriginal pretty much justifies Andrew Bolt’s position in his infamous 18C case.  Cashman is effectively stating that had Pascoe not claimed to be Aboriginal, his work would not have enjoyed anything like the success it has.

Why did it take so long for the Aboriginal community (at least some of them) to speak out? Could it be that fake history is acceptable, but only if written by an “Aborigine”?

18 thoughts on “Black Like Bruce? The AFP Takes up the Case”

In Defence of Noel Pearson

‘Yabbered’ to death — Part I