There’s More to the ‘Voice’ than Gleeson says 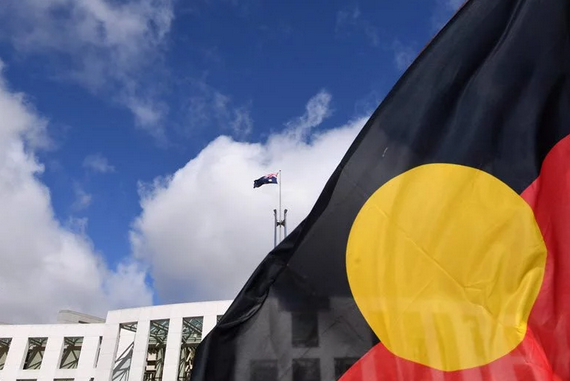 Last Thursday night the former Chief Justice of the High Court, Murray Gleeson, gave a speech on the proposal to give Aboriginal and Torres Strait Islander peoples a “Voice” in the Australian political system.  The speech was front-page news the following day and generated a number of op-ed pieces and editorials. It came in the midst of a public debate over constitutional recognition initiated by the Minister for Indigenous Australians, Ken Wyatt, who wants the issue settled in the current term of Parliament, and Prime Minister Scott Morrison, who has said his support would not extend to including a “First Nations Voice” in the Constitution.

Gleeson was the most legally-distinguished member of the 14-person Referendum Council appointed by Malcolm Turnbull to advise his government on prospects for a referendum to change the Constitution on this issue. His speech last week was a reprise of several of the Referendum Council’s proposals in June 2017. He argued that constitutional change was appropriate for indigenous recognition and claimed the representative body providing the Voice would not impinge on the supremacy of Parliament.

He also argued that the Voice would not offend against existing Australian values and laws about equality and race. Because the Constitution has allowed the Commonwealth to make laws specifically for Aboriginal people since the referendum of 1967, their special treatment was already well-embedded in political practice. “Since the Constitution now makes people the potential objects of special laws by reason of their Indigenous status,” Gleeson said, “the Referendum Council considered that an appropriate form of recognition of such people would be to provide them with a Voice to Parliament”. Given the context and timing of the speech, this is clearly an argument aimed at the position adopted by the Institute for Public Affairs, and its slogan “race has no place” in our Constitution. The judge has become a political advocate.

More significantly, Gleeson’s speech studiously avoided any discussion of the three most contentious issues in the Referendum Council’s report:

# the Voice would lead to treaty-making between the Australian government and various Aboriginal groups that now regard themselves as nations;

# the treaties it envisages would lead to indigenous autonomy and self-government, and

Although he spoke just after NAIDOC Week (July 8–15),  when the key slogan was “Voice. Treaty. Truth.”, which identified “the three key elements of the Uluru Statement from the Heart that represent the unified position of First Nations Australians”, neither Gleeson nor subsequent media commentary discussed Aboriginal treaties or the status of the First Nations the government is supposed to deal with. So let me show how committed Gleeson and the other authors of the Referendum Council report are to inserting these concepts into Australia’s political structure. The report puts forward several non-negotiable conditions:

Any Voice to Parliament should be designed so that it could support and promote a treaty-making process. Any body must have authority from, be representative of, and have legitimacy in Aboriginal and Torres Strait Islander communities across Australia. It must represent communities in remote, rural and urban areas, and not be comprised of handpicked leaders. The body must be structured in a way that respects culture. Any body must also be supported by a sufficient and guaranteed budget, with access to its own independent secretariat, experts and lawyers.

In other words, the real goal of the Voice was always more than simply allowing indigenous people representation to the Australian parliament — which they have had, anyway, almost continuously since 1967 through successive government advisory boards. The Referendum Council’s report emphasises that the demand for treaties was one of the priorities of the indigenous conventions leading up to the Uluru Statement:

The pursuit of treaty and treaties was strongly supported across the Dialogues. Treaty was seen as a pathway to recognition of sovereignty and for achieving future meaningful reform for Aboriginal and Torres Strait Islander Peoples. Treaty would be the vehicle to achieve self- determination, autonomy and self-government.

So, rather than one “ black state” as envisaged in 2001 by the disastrous former representative body, ATSIC, the latest proposal is for each individual clan to be recognised as a First Nation and for the Australian government to make a treaty with each one, as if it was a separate state. The states of Victoria and Queensland are now both in the process of writing their own treaties with such local groups. In the absence of any support from the Commonwealth, the political force of agreements of this kind will remain up in the air. But if Bill Shorten had won the last election, the legal machinery would already be cranked up, ready to start.

As I record in The Break-up of Australia, this is a political outcome advocated not just by the far Left but by self-declared conservative activists such as Noel Pearson and Warren Mundine. They want self-government and an independent legal system for each self-identifying Aboriginal clan.

Although Gleeson is reluctant to mention it, in the Referendum Council’s report he and his colleagues even took seriously the demand from some Uluru delegations that the Voice’s goals of self-determination, autonomy and self-government should effectively give it international status:

It was also suggested that the body could represent Aboriginal and Torres Strait Islander Peoples internationally. A number of Dialogues said the body’s representation could be drawn from an Assembly of First Nations, which could be established through a series of treaties among nations.

At this stage of the political process, the last proposal here is leftist wish-list material only. It nonetheless indicates clearly that, no matter how generous the terms and conditions of any agreement the Australian government makes now, it can never appease the insatiable demand by members of the Aboriginal political class for even more radical change in the future. No matter what the cost, what they call their “unfinished business” will never end.

“daft way to run a nation”