Crying ‘Racism’ for a Free Kick 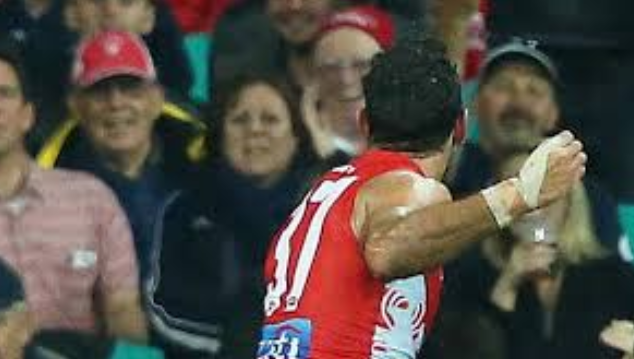 As someone with Aboriginal ancestry, I feel compelled to discuss the allegations of racism that have been dominating the media of late, with AFL star and all-round nice guy Adam Goodes at the centre of the storm. First, I don’t see him as the major reason for the furore. Neither do I believe racism is the cause, though some would have you believe it is. Rather, several factors have converged to sustain a story that, by rights, should have died quickly: a manipulative media and the insatiable hunger for attention that characterise what I call the ‘race bloodhounds’ who are always eager to catch the whiff of any and all perceived ‘racism’.

Professional ‘blactivists’ delight for reasons that will be discussed later in this article in talking about the assumed racism directed at Aborigines. All who dare challenge the absurd notion that Australia is racist to the core are themselves accused of being racist or, as I know from personal experience, branded a sell-out, an Uncle Tom or a coconut (brown on the outside, white underneath). So, if you are a blactivist or race bloodhound, don’t bother reading any further. The same psychology that lets you see racism where there is none dictates that, regardless of the argument presented, you will walk away even more convinced of your core position, which can be summarised thus: any criticism of, or disagreement with, any Aborigine for any reason represents a clear and irrefutable example of racism. It is a sad reaction, but a predictable one: that which does not start with reason will not end by reason.

Much of the controversy has been the product of media manipulation, rather than of Adam’s own doing. I do not believe Adam has been milking this fiasco; indeed, it is obvious he has been deeply upset by it. But some media outlets certainly have been playing it up, and very much at his expense. Consider the booing, which is a hallmark of bog-standard mob mentality, not necessarily of racism. However, some have found it very convenient to respond with the truism “there is no place for racism on or off the field”. Few would disagree with that, but where is the evidence that the crowd’s booing was prompted by an inherent dislike of Adam based purely on his racial identity?

Thanks to some sectors of the media, which understand what sells papers and attracts viewers, a young girl’s sledging has been framed as overt racism. Call her behaviour rude, disrespectful, even disgusting, but racism it wasn’t. Those self-serving media outlets used the incident as their platform to preach about racism. It is good to talk about and address genuine racism, but let’s not pretend it exists where it does not. The truth is that the incident was grossly mis-handled: the girl, just 13, should never have been taken away from her guardians and detained for two hours after the match. However, be that as it may, the incident can provide an opportunity to talk about the serious problems facing Aborigines today. These are ills many prefer not to recognise.

A critical factor stirring the racism debate is the desire of people to be seen as doing something to address the problems facing Aborigines. We know that Aborigines have poorer health, higher unemployment, elevated suicide rates, and much more. These are difficult issues to address. Further, it is widely known (though rather less widely spoken about) that the Aboriginal population generally sees levels of violence, child abuse, and foetal alcohol syndrome far above average. Difficult to fix, very few blactivists wish even to acknowledge these problems. Raising such matters does not win popularity contests, as I have learnt first-hand. I have been called far worse things than ‘ape’ by both Aboriginal and non-Aboriginal people for daring to mention these issues and others. It has been my experience that if these topics are raised, the race bloodhounds will come back with, ‘Yeah but these problems are in every community.’ What they neglect to mention is that they occur in some Aboriginal communities at rates far higher than in the general population.

As these problems have no easy solution, finding a distraction is the more attractive option, with claims of racism being the perfect distraction. After all, yelling “Australia is racist” is far easier than saying “we need to reduce the high levels of violence and child abuse that are stealing another generation”. Skim through the social media posts dedicated to Aboriginal issues and observe how few, if any, make the point that Aborigines are harming other Aborigines at alarmingly high rates. Instead, what you find is plenty of articles vilifying white Australia, ranting about racism, blaming colonisation and the government for every problem facing Aborigines. If any explanation for high rates of violence and child abuse is offered, it will be the baseless claim that racism, history, and white Australia are the cause of these problems.

There is another reason why many are so quick to yell racism. Proclaiming “racism is terrible and I oppose it!” allows the speaker to usurp the high moral ground and take on the role (if only in the imagination) of saint, rescuer, and hero. They can feel they have made a difference while actually doing nothing of value. Editors of newspapers and webpage administrators wallow in this self-adulation and warm, fuzzy self-regard. The truth is that those who promote the convenient myth of endemic racism succeed in diverting attention from the issues they prefer not to discuss. The distraction they provide from real problems and real solutions is thoroughly destructive.

Returning to Adam, let me repeat that while the young girl’s behaviour was not ideal, it definitely was not racism, however much the race-bloodhounds and opinionistas want to ram it down your throat that it was. People have been critical of Adam’s initial response to the taunting. While many would have liked him to respond more gently, none of us can claim never to have put a foot wrong in life, especially when emotion is strong, which is likely the case on the football field before a crowd of thousands. His critics should consider that. To his credit, Adam was quick to understand the girl’s foolishness and forgive her, yet many still haven’t forgiven him for his instinctive response and are quick to remind him of it.

How might Adam feel about being constantly reminded of his initial, ill-advised response? He likely feels the same way white Australia feels about being repeatedly reminded of colonisation and the destruction of  Adam’s ancestors (and mine). Recall his words: “Over 225 years, the Europeans, and now the governments that run our country, have raped, killed and stolen from my people … I now find it hard to say I am proud to be Australian”. Could the use of such words possibly be one reason why some Australians are annoyed and express that anger with boos?

Like Adam, I agree that we should talk about history, but let’s not forget the present. We should  listen to Senator Nova Peris when she says that an Aboriginal woman in the Northern Territory is eighty times more likely to be hospitalised for assault than Territorians of other backgrounds. As I have said, I agree that we should talk about racism, but let’s not claim it exists where it does not. When Aboriginal people are told repeatedly that racism is everywhere and that’s what is causing them to live in shocking conditions, they are less likely to focus on what they can do to make a difference in their lives. And let’s not forget, that many thousands of Aboriginal people have made a positive difference in their lives.

When the dust settles — and Adam’s appearance with his Swans in this weekend’s match against Geelong may prolong it — we can all get back to enjoying the football. Australians will continue to be as they were before the incident in relation to Aborigines: embracing, caring and generous. I suspect, however, that the race bloodhounds will continue to be on the lookout for the “racism” that suits their agendas. If they can’t find the genuine article, expect them to create it.

While all this is going on, can we please think about how best to address hunger, poverty, unsafe and unclean living conditions, violence, crime, poor health, unemployment, battered women, uneducated and neglected children, plus the other genuine problems we know that afflict Aboriginal Australians.