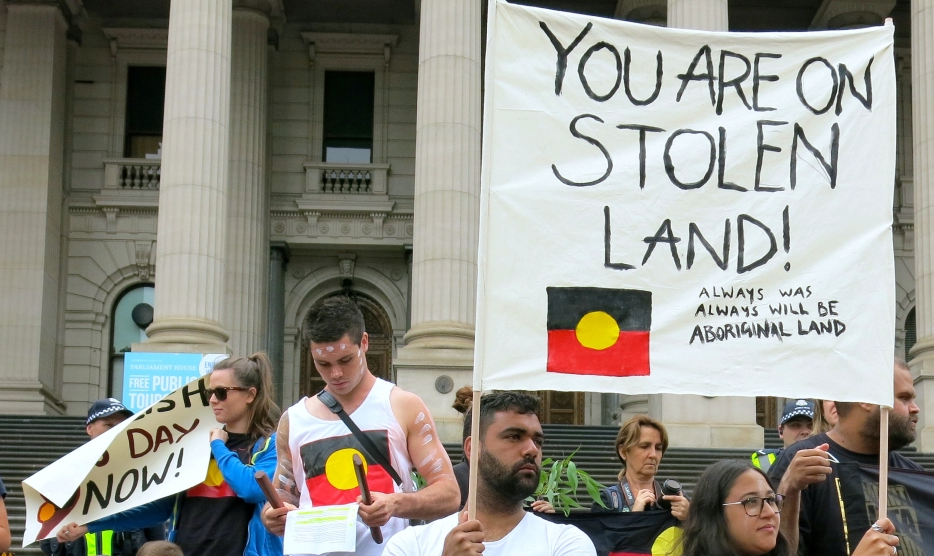 One of the major arguments for the creation of the Australian nation in 1901 was that it would produce something unique in the world, what our first Commonwealth Prime Minister Edmund Barton called: “a nation for a continent and a continent for a nation”. This was especially attractive because of its implications for national secu­rity. The architects of federation saw that, unlike Europe and the Americas, whose history had been pervaded by territorial warfare, Australia’s absence of land borders with other nations would be one of its best guarantees of peace and stability. So far they have been proven right.

The constitutional referendum proposed by the Albanese government for an Aboriginal Voice puts all this at risk. The referendum should be seen not merely as a sympathetic means of eroding the marginality of indigenous people in remote communities but as a potential threat to Australia’s unique geographic and political status.

This is because the Aboriginal political class is unwilling to accept a position in contemporary Australia as an ethnic minority group. Its members want political power that is commensu­rate not with their numbers in the population but with the fact that they got here first. They want other Australians to recognise the “distinct rights” that purportedly flow to Aborigines because they are the descendants of what are now known as the First Nations. This is a title, borrowed from North America, that has recently become embedded in our political language by a relentless public relations campaign. It has consolidated the objectives of what were once the far left of the Aboriginal political movement and which have now become the central agenda of the demand for constitutional change.

Michael Mansell, the founder of a black power group in the 1960s named the Aboriginal Provisional Government, has been an uncompromising advocate of this position for many years. In 2003, in the book Treaty: Let’s Get it Right!, Mansell argued that the fundamental choice for indigenous people was whether they wanted to be Aboriginal Australians, “the original people who lost their country and con­sented to be citizens of Australia”, or Australian Aboriginals who retained the inherent rights of “the original people whose lands were invaded and are now occupied”.

He says those who accept the first proposition become committed to a social con­tract, whereas those like him who prefer the second option should hold out for a more powerful political settlement. The former, he says, fail to recog­nise their true interests as Aboriginal people, because citizenship is no more than another version of the old, besmirched policy of assimilation. Although their own numbers are increasing rapidly, Aboriginal Australians con­tinue to be demographically swamped by immigration, which, he says, inevitably renders them politically impotent in a democracy:

Indigenous participation in Australia’s political system is political assimilation … It means white values, behaviour and attitudes so overwhelm individual indigenous people that eventually these values are adopted in preference to indigenous ones. … Compare the Aboriginal Provisional Government vision — for Aboriginal people to take our place among the nations and people of the world, not beneath them.

Mansell was not saying anything new. Members of the Aboriginal political class have been engaged in their own political long march for fifty years. Many have  argued that gestures like treaties and constitutional amendments are not ends in themselves but simply concessions from white people in the journey towards the real goal: Aboriginal sovereignty.

In 1982, in its submission to a Senate inquiry into a treaty or Makarrata, the National Aboriginal Conference, a nationally elected body established by the Fraser government, said the next step on this road was the creation of Aboriginal states, which would evolve into separate nations:

While Aboriginal nations may not be granted full sovereignty immediately, they should be vested with certain legal rights which they are entitled to enjoy against the State within whose borders they live. The status thus created would be an interim remedy for as long as the Aboriginal nation needed to evolve to the point of being able to exercise the right of self-determination.[1]

In 1990, Prime Minister Bob Hawke created a nationally elected body, the Aboriginal and Torres Strait Islander Commis­sion (ATSIC). This was partly to put responsibility for delivery of Aboriginal services into Aboriginal hands but also to create a political body to which representatives could be democratically elected, as is proposed again by the Voice.

After the Victorian radical Geoff Clark was elected ATSIC chairman in December 1999, the organisation set up its own think tank to define what a treaty would look like. Clark was a founding member of the Aboriginal Provisional Government and had been its deputy chairman since 1990. He commissioned another founding member of this group, University of Technology Sydney legal academic Larissa Behrendt, to formu­late the terms and process of a formal treaty between the Aus­tralian government and Aboriginal people. One of the think tank’s first publications Treaty: Let’s Get it Right! asked the rhetorical question:

Q: Is a treaty about setting up a “black state”?

A: Treaties in other countries have provided for indigenous self-government. It is likely that Aboriginal peoples and Torres Strait Islander peoples would want to negotiate self-government in relation to traditional lands as part of a treaty in Australia.

In short, their answer to a black state was yes. Their case (completely erroneous in my view) was that the foundation of the British colony in 1788 did not extin­guish the sovereignty of the indigenous peoples. Like the native title the High Court’s Mabo judgment found had continued after colonisation, proponents of a treaty claim pre-1788 Abo­riginal government and laws were never legitimately extin­guished either, and should be restored. And 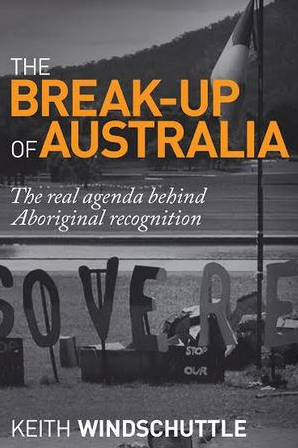 if laws could be revived then so should be Aboriginal governance. They wanted the treaty to complete what they called the “unfinished business” of colonisation.

In short, the logic of the position that indigenous people should be recognised not as just another minority group but as First Nations, leads inexorably to a demand for their own separate nations with their own independent national leaders. Their ultimate ambitions, as Michael Mansell said, would be to take their rightful place among the nations of the world.

In the 1990s, when the working group for the United Nations’ proposed Declaration on the Rights of Indigenous Peoples was hearing submissions, a major debate emerged over the inclusion of the right of indige­nous peoples to self-determination. The observer from Canada argued that a ref­erence to a right of self-determination would imply a right of secession, and so should be struck out. How­ever, he was over­ruled by the working group, which responded to protests by representatives of various indigenous peoples demanding “the right to self-determination without any limita­tions or qualifica­tions”. Despite continued opposition from Canada, New Zealand, the United States and Australia up to 2007, when the Declaration on the Rights of Indigenous Peo­ples was passed by the UN General Assembly, the right to self-determination remained intact.

In April 2009, Kevin Rudd’s Labor government took Australia down the road proposed by the UN. Rudd formally endorsed the declaration of indigenous rights. Given the enormous sense of grievance expressed by the current Aboriginal establishment and, given the fact that its members are prominent advocates within the international First Nations movement, it would be naïve to imagine that the leaders of Aboriginal states would be satisfied to confine themselves to the provision of municipal services, health reform or welfare payments when they could see a far more ambitious goal within reach.

In Australia, a constitutional amendment would provide a bargaining position for indigenous peoples to exert far more influence over our national government than anyone now imagines. It would also provide a political platform from which to play to a world audience and to make allies who would not necessarily share mainstream Australian concerns.

In its own interests, mainstream Australia has no reason to provide even the slightest leverage for such possibilities, or to leave future generations with their consequences. Aboriginal sovereignty poses long-term risks for Australian sovereignty which are not worth running.

Most Australians today see the creation of the Voice as a constitutional change that would recognise the original inhabitants of this continent as valued citizens of a tolerant and generous Aus­tralia. However, the Aboriginal establishment sees it all quite differently. They don’t want to be just a respected minority group. They see themselves as Australian Aboriginals who retain the rights of the original peo­ple whose lands were invaded and are now illegally occupied. Voters in the proposed referendum need to recognise that its ultimate objective is the establishment of a politically separate race of people, and the potential break-up of Australia.

Order The Break-up of Australia here

[1] National Aboriginal Conference submission, 22 June 1982, An Examina­tion of the Feasibility, whether by way of constitutional amendment or other legal means of securing a compact or ‘Makarrata’ between the Commonwealth Government and Aboriginal Australians, 1983, (official Hansard transcript of evidence), Senate Standing Committee on Constitutional and Legal Affairs, p 633

The Authoritarian International Push Behind the Voice