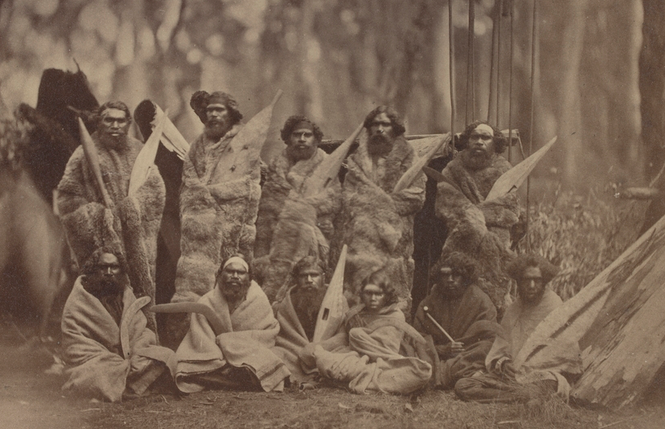 Billibillary, the esteemed leader of the Yarra tribe in the 1830s, believed in what Richard Broome calls “radical hope”, that his millennia-old Aboriginal society could blend into the modern world. He was one of those who in 1835 accepted whites from across Bass Strait moving in to graze sheep on the grasslands on what would soon become the western suburbs of Melbourne.

“Radical hope” for the future of Aboriginal society and culture in a changing world is the theme of Broome’s Australian Aboriginals, one of the most influential and much-updated books of the age,  now in its seventh edition and twelfth printing in nearly forty years and a major school text for more than a generation. 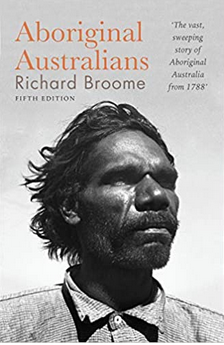 And he seems to be saying in this latest edition, with the Voice to Parliament imminent, that after a couple of centuries of trauma, Billibillary’s radical hope might have been justified. The style is mostly sober history, avoiding fashionable extravagance, but later chapters jump with quiet joy about one seeming triumph after another in the last fifty years – powerful national organisation, the end of welfare control, land rights, Mabo, mining royalties, revival of old languages, indigenous media and academics, lots of voices on mainstream media. Even the population identifying as indigenous is returning to the 1788 level of around 750,000.

This is now fairly well known through the media, but Broome, Emeritus Professor of history at La Trobe University, brings it all crisply and factually together from a pro-Aboriginal viewpoint in what the blurb calls a “vast, sweeping story” that connects the coming of the white man to today with a sense of continuing context.

I found the middle chapters the most original and interesting. They cover the mixed-race people once known as “half castes”, who have been the main drivers of the radical change rather than hope of recent times.  He presents most of them as clinging stubbornly to Aboriginal identity and some Aboriginal ways while rebuilding the numbers with big families, liberalised identity rules and more inter-marriage.

This was not what colonial authorities wanted. They at first expected the full Aborigines, let alone the mixed race, to toe the British line, to settle down and farm, to accept British law and religion as clearly superior. It did not work out like this, partly because of the calamitous fall in the Aboriginal population, mainly through disease, while white numbers soared.

Billibillary’s own people shared this fate. His vision of them farming failed when Melbourne grew up on his country. When the fully indigenous population died away, successive governments cut back the potential farmland and expected the mixed race people to merge with the whites more than they did.

Living between two worlds was not easy. Governments did not understand them and would not spend much money on them. Whites kept their distance, except when wanting work from them or low grade sex from the women. Skills other than as bush workers were hard to obtain and discrimination of many kinds was rampant.  School was unappealing, with taunts from other children and many an insult felt in lessons about the superiority of white society. Fashionable science once held that half their parental stock was a lesser type of human. Only the lightest skinned women were of interest to whites as wives and mothers.

But, Broome emphasises, a stoic Aboriginal heart beat behind mainly white features, clothes, names, speech and lowly paid work – if not unemployment. They were brought up with a strong sense of aboriginality and grievance, a memory of old wrongs.

Children drifted away from traditional law, while not fully embracing whitefella law.  “Anti-social” behaviour often resulted, but Broome points to a 2014-15 study showing that although the Aboriginal incarceration rate was thirteen times higher than the general population, ninety per cent of Aborigines over fifteen had never been imprisoned. About 60 per cent did not drink alcohol. He acknowledges that, as well as the many troubles, more self-discipline is needed.

It took more than a hundred years of determined organisation for the “remnants” of the tribes”, as they were  once called, to reach the present stage.

Broome’s bias shows in tending to gloss over or omit less attractive aspects of the Indigenous side. He discreetly acknowledges, though, that the disastrous smallpox epidemics of the early years probably came from visiting Indonesian fishermen and that the indigenous Tasmanians may have bartered their women to white men. He sees the 1788 Sydney settlement to have been racially fairly benign.

He veers almost towards balance with the Stolen Generation, dislikes the word “massacre” and approves of good missionaries. But he snipes unkindly at Keith Windschuttle and Quadrant  for butting in to question what might be called the academic Aboriginal History Club. I got the impression, however, that he is sufficiently moderate and sensible for a truce in the ”history wars” to be negotiable.

He mainly uses secondary sources for the early colonial period and their bias shows too often, as does clubiness in quoting other Aboriginal historians. He acknowledges the important division between north and south in settler/Aborigine affairs. The millions of youngsters who study the book could have been spared some of the carping anti-colonial theory, which suggests that Australian Aborigines were alone in experiencing it, not most of the world over millennia.

Aboriginal Australians is a mine of information about one of the most important parts of Australian history.

Robert Murray is the author of a dozen books of Australian history and a frequent contributor to Quadrant.

The Violent Politics of Australia Day

Traditional Culture is the Problem, not the Solution