Migrants, then and now 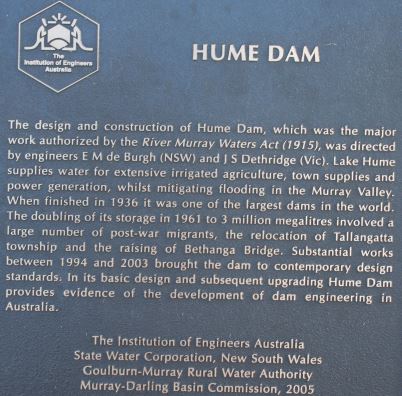 When your readers already know what they wish to believe, why let mere facts come between you and the authorised narrative? Fairfax’s Tony Wright, for instance, will not have raised a single eyebrow with his Age and SMH audience in today branding Immigration Minister Peter Dutton “a dunderhead” for asserting that migrants would take Australian jobs. Well, yes, it was a stupid remark — one borne, we can only guess, of a politician’s typical desire to say something that approaches the truth without actually offending anyone. As the minister’s brain let out the clutch on his mouth, we can guess he was actually thinking of the welfare cost to the public purse of multicultural mendicants. But saying as much would not have gone down well — Bigot! Islamophobe! Racist! — so he focused instead on competition for jobs which, or so the statistics suggest, aren’t actually being pursued with much vigour in the first place. Be that as it may, Wright had his hook and swung it effortlessly into a misrepresentation  no less egregious of Australia’s past than the minister’s preferred version of current reality.

Dutton “is either ignorant of Australia’s early post-war history [or] is unconsciously … trying to hook into latent ethnocentric views for political purposes,” writes Wright, who could do with a refresher course himself. The Snowy Mountain Scheme was built by migrants, he writes by way of suggesting the minister is reprising the xenophobic loathing that allegedly welcomed what used to be called New Australians, one of whose ships waterside workers initially refused to dock. It is not Wright’s greater purpose, however, to depict supporters of Operation Sovereign Borders as the wharfies’ latter day heirs; rather, he heads for the hills to remind us that it was newly arrived foreigners who moved mountains, built dams and bored those tunnels which helped make power cheap and plentiful and the country what it is today. Actually, it was native taxpayers and visionaries who were responsible for initiating the project and seeing it through to completion. By Wright’s yardstick it was not Henry Ford who built the modern auto industry, but Joe Schmo installing brake drums on the industrialist’s production line.

This is where the Wright version of the past strikes its false note, both in its mis-statement of fact and, arising from that, his favoured interpretation of the erroneous.

“It wasn’t long before there were riots at the biggest migrant reception centre, Bonegilla, near Albury-Wodonga, among those who became fearful they were in detention with no employment awaiting them,” he claims.

That is flat-out wrong, as the Bonegilla riot took place in 1961, not 1952, when Wright asserts then-immigration minister Harold Holt restored tranquility by finding “emergency funding to calm them and speed them into jobs.” True, there were protests in 1952, as The Argus newspaper reported, and quick cash for make-work jobs, but no riots. Bruce Pennay OAM, Adjunct Associate Professor, Charles Sturt University, has written a fascinating monograph on the actual Bonegilla riots, one aspect of which was communist agitation at the camp.

So what lessons does that long-ago Bonegilla discord, both the 1952 and 1961 eruptions, hold for us today?

One contrast between then and now, an obvious one, is that camp residents were demanding jobs. Were we to see similar protests outside Centrelink branches or Minister Dutton’s electoral office, many would take that as an encouraging sign. Also, as Pennay further notes, the lot of new arrivals in those post-war years was rather more austere than is the case today. It was government policy, for example, to pull camp residents’ teeth rather than burden the host society with the greater cost of filling them. As to income, no more than five or ten shillings a week, after the cost of hostel accommodation had been deducted.

The greatest contrast, however, is in the attitudes of then and now. As Penney writes:

“The condition for supplying them with sometimes a passage to Australia, was they take up a job which had been nominated by the commonwealth. And the commonwealth was very good at finding jobs in the public service, and then finding jobs in the secondary industries that were growing. But I think the first lot of jobs that a migrant was likely to get was seasonal fruit-picking.”

So, just for the sake of argument, let us fantasise that similar expectations prevail today and, more than that, let us revel in the fancy that Canberra might have the will and gumption to underwrite a new Snowy Mountains Scheme. Drought-proofing the nation is a worthy objective — more so, certainly, than super-duper trains — and many might think it well worth the expense.

But just try building a dam. Any migrants hoping to be commemorated by a plaque like the one pictured atop this post would be out of luck.  The Greens, as Wright concedes, wish to see the humanitarian intake lifted from 13,700 a year to an irresponsible 50,000, yet they also adamant in opposing any projects that might inhibit the “environmental flows” of rivers which must forever be allowed to “run free.” So much for Snowy 2.0. Perhaps the Greens imagine their 50,000 will be usefully employed erecting wind turbines and solar farms — if so, a 180-degree reversal of the past, when New Australians’ sweat and toil were directed at making electricity both more reliable and cheaper.

If not dams, picking fruit, perhaps? Not much hope there. The Victorian town of Shepparton, a major regional centre known for its ethnic diversity, is afflicted with 12.9% youth unemployment, according to the figures for March of this year. Yet the head of the state’s Fruitgrowers Association, a local, complains that his members’ seasonal workforce is “nearly always backpackers“. Any fisherman who has been foiled in attempts to penetrate the blackberry-choked banks of a High Country stream might see merit in setting new arrivals to uprooting feral plants, a job which requires no more than a minimal command of the local tongue. Somehow, though, it is difficult to imagine leaky boatloads of asylum seekers living rough without complaint while waging war on gorse, broom and St John’s wort.

Thus is the topic of migration debated, to use the word advisedly: A minister utters an inane remark, to which a pundit responds by mangling history and spruiking the most spurious metaphors and comparisons. Meanwhile, as even a pro asylum lobby group concedes, reality marches toward its regular appointment at Centrelink.

Wright’s column can be read in full via the link below.