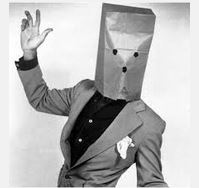 The Sydney Morning Herald has a code of ethics, which may come as a surprise, but here it is for all to admire — especially this bit intended to assure readers that reporters aren’t being played by contacts with barrows to push or, indeed, are just making stuff up:

“Where a source seeks anonymity, the journalist shall first consider the source’s motives and seek alternative attributable sources. Quotes not attributed to a named source will be used only with a section editor’s approval.”

Let us now extend sympathy’s fullest measure to SMH chieftain Darren Goodsir, who must have had little time for anything over the past week but granting executive approvals to correspondent Mark Kenny’s use of anonymous sources. Lots and lots of anonymous sources, all ringing the death knell for Tony Abbott:

“Tick, tick, tick …” was how one insider described the feeling in Parliament House…

Mr Abbott weathered what one MP called a “cavalcade of complaints”

…even [Coalition] neutrals say the situation cannot be allowed to fester. The government is dying…

One senior Liberal called the performance “embarrassing”, and another described it as “the last straw” for Mr Abbott’s leadership.

As many as a dozen to 16 ministers, according to one inside estimate, would back a switch to Malcolm Turnbull in the event of a challenge.

Just for the record, the SMH Code of Ethics also nails its flag to the mast of accuracy and fairness. That inspirational document can be read via the link below.

The ABC invents a quote