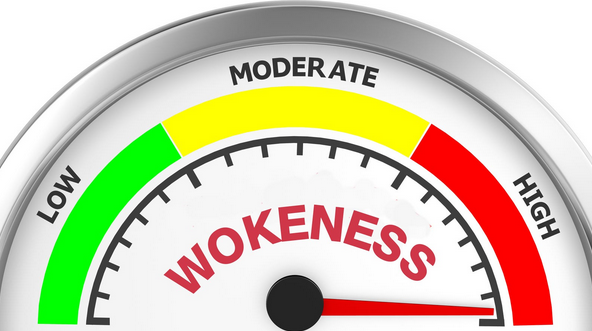 There are broadly two ways of conducting a foreign policy. The first is responding intelligently to events abroad as they occur, such as Russia’s invasion of Ukraine, Brexit, the US withdrawal from Afghanistan. Or as Harold Macmillan once said: “Events, dear boy, events.”

The second way, sometimes called a Grand Strategy, prescribes the general direction in which you want your country to go and the policies needed to get there. Thus, Brexit was intended to transform Britain from “a country at the heart of Europe” (John Major’s formulation) into Global Britain.

But since the policies needed to achieve Global Britain were never pursued or even devised because they were opposed by people in government and major British institutions, that grand strategy was stillborn. A successful grand strategy requires the government to know roughly how it wants each crisis to turn out without having to work out its responses from scratch.

President Biden has so far had a mixed record on responding to events: he did badly in Afghanistan but well over Ukraine, where his policy has rallied the Western alliance and frustrated Putin’s Russia. What explains his success in one case and failure in the other?

The answer lies in part in the unusual reality that US progressive Left—which currently dominates the Biden administration—sees America as a racist, sexist, homophobic and white supremacist country. That makes it ambivalent about America’s national interest. Even if it sees the necessity for some purposeful action in a crisis, it can’t want the outcome to benefit the US. At the very least that mindset must weaken and confuse the US even when it follows a prudent course.

The precipitate and disastrous scuttle from Afghanistan is what one would expect from a self-hating foreign policy—one that abandoned citizens, allies, billions worth of military equipment, and America’s reputation as a formidable and reliable great power. On the other hand, Biden’s successful Ukraine policy can be bold because it’s driven mainly not by US interests but by its character as the defence of liberal principles and a rule-based international order. It seems that progressive opinion can be reconciled to bold US interventions when they are not stained by US interests and don’t seem to be a triumph for “white supremacy”.

Biden’s grand strategy—yes, surprisingly, he has one—is a device that aligns US interests with progressive woke ideology. It is the argument that the main struggle in world politics is that between liberal democracy and authoritarianism or autocracy. He outlined it before the election, and he has pursued it with remarkable consistency, saying at his first press conference in March 2021: “It is clear, absolutely clear, that this is a battle between the utility of democracies in the twenty-first century and autocracies.”

Quite a lot of money followed this uplifting rhetoric at the virtual Summit of Democracy, attended by 110 national leaders in December 2021, at which he applied this argument very directly to foreign policy:

Working with our Congress, we’re planning to commit as much as $224 million in the next year to shore up transparent and accountable governance, including supporting media freedom, fighting international corruption, standing with democratic reformers, promoting technology that advances democracy, and defining and defending what a fair election is.

All that sounds like the traditional rhetoric of US foreign policy in the Cold War, celebrating democracy, constitutional government and human rights as the alternative to totalitarian communism. But the first modest sign that something more than that is being proposed came in the form of partisan politican favouritism. For instance, more than thirty of the 110 nations represented at the summit were on a State Department list that described them as only “partly free”. But Hungary, which has been marked down by the international progressive Left as “authoritarian” (at best), was excluded despite a stellar record of four peaceful changes of government following general elections since 1989.

Look more closely at those expenditures Biden is proposing to support democracy. It turns out that they will be going to programs for “women and girls”, “empowering the LGBTQI community”, and to “worker organisations”. There is at least some tension between those gifts to Biden’s progressive political allies abroad and his other professed aim of “fighting corruption”. And maybe I’m overly suspicious to wonder what “defining” a free and fair election means.

But quite a lot of defining and re-defining has been going on in the discussions around Biden’s grand strategy. Words and phrases like authoritarianism, populism and liberal democracy are now defined in unusual ways, sometimes even to make them mean more or less the opposite of what they have meant until recently. Populism, for instance, if it has any settled meaning at all, is an exaggeration of democracy and thus at the opposite end of the spectrum to autocracy or authoritarianism. But it is now treated as a near-synonym to authoritarianism, or as a path to it, or as a symptom of democracy at risk or in retreat that will lead to autocracy, or as a jumble of all three. Ditto liberal democracy. In the Biden rhetoric, democracy becomes more democratic when non-accountable institutions such as the courts, global bodies or international legal bodies take decisions that override or even replace the decisions of elected parliaments.

Important though these battles over the meanings of key concepts in political thought and foreign policy are, they are being overtaken by an even more fundamental ideological transformation  of democracy and human rights—namely, the embrace by the administration and the State Department of diversity and inclusion, critical race theory, gender theory and transgenderism as the moral basis for US foreign policy. A few examples will make the point:

1/ In advance of the anniversary of George Floyd’s murder, Secretary of State Antony Blinken authorised all US embassies and consulates overseas to fly the Black Lives Matter flag on their official flagpole, according to an internal memo obtained by ABC News. His cable also included support for using “the term ‘Black Lives Matter’ in messaging content, speeches, and other diplomatic engagements with foreign audiences”.

2/ Blinken also welcomed the appointment of a UN rapporteur to investigate “systemic racism” in the United States and promised to co-operate with the investigation.

3/ In a leaked memo, Blinken urged US diplomats to actively “exert effective pressure on those countries, specifically including US allies, to uphold democratic norms and respect human rights”.

4/ But what kind of human rights? What kind of democracy? Most interesting of all—because it reveals the nature of the reasoning that underpins the Biden strategy—is that the US led other Western countries, including Australia, in an endorsement of the report of a Special Independent Expert for the UNHRC, advocating something called “The Law of Inclusion” which “leads to the conclusion that all human beings live in gendered societies traversed by power hierarchies”, and declares that the “adoption of gender-based and intersectional analysis” is “a fundamental component of a diligent discharge of [all countries’ human rights] responsibility”.

What does that kind of bafflegab mean in practice? Well, the independent expert’s report went on to recommend that in accordance with this Law of Inclusion all states should provide access to legal recognition of gender identity and adopt all necessary measures to implement that, including that minors should have access to a recognition of their gender identity by a simple administrative process.

As Leor Sapir pointed out in the City Journal, Britain, Norway and Sweden are among the countries that have concluded that such legal and medical treatment of gender dysphoria is harmful to the1/  children and unjustified medically. He asks: “Will the United States use its long financial arm to pressure Sweden, Finland, and the UK to restore ‘affirmative care’, against the judgment of experts in those countries that—unlike here—have conducted systemic evidentiary reviews?” The answer appears to be “Yes”.

Which should be newsworthy. But the mainstream media has shown little investigative interest in this major transformation of US foreign policy. It is bloggers, opinion websites and small magazines that have tracked these trends and done so readably, including Sapir, Frank Furedi of Spiked, and above all N.S. Lyons, from whose blog “Intersectional Imperialism and the Woke Cold War” this article draws heavily. He concludes:

“In this worldview, in order for a democratic state to be a legitimate ‘Democracy’, it is not enough for it to have a popularly elected government chosen through free and fair elections—it also has to hold the correct progressive values. That is, it has to be Woke. Otherwise it is not a real Democracy, but something else.”

That said, even if the legal “norms” it creates extend its influence, Biden’s entire grand strategy cannot succeed in the end. It’s an attempt to enforce the utopian ideological fantasies of about the one sixth of very liberal Americans upon a world composed of Muslims, Hindus, Confucians, Catholics, Protestants, Sikhs, relatively practical communists and agnostic liberals. It’s unenforceable.

In the short term, however, it has momentum in what is still the most powerful country in the world.  And, alas, as Mr Lyons points out in this issue of Quadrant, that momentum has not been slowed by the results of the mid-term elections.

Journal of the Plague Month