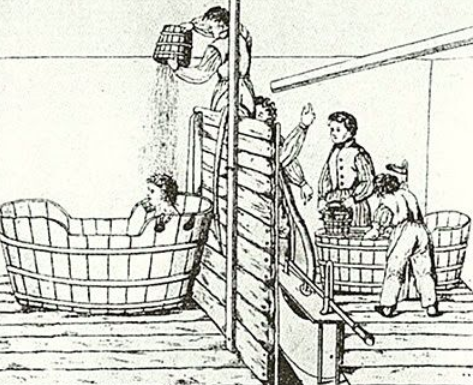 Walking in my town in England recently, I passed a lady in the early forties who had dyed her hair in the colours of the Ukrainian flag: corn yellow at the front and sky blue at the back.

I wondered whether the demand for hair dye of these colours had increased of late; I had already been impressed by the speed with which the market economy had produced Ukrainian flags, as well as bunting and heart-shaped objects in the Ukrainian colours, in response to the sudden demand for them. Could an entirely dirigiste economy have reacted with such fleetness of foot? If you had asked me a few months ago where I could procure a Ukrainian flag, I wouldn’t have had the faintest idea.

I have never known such a spontaneous outpouring of sympathy for a foreign nation before and am not quite sure how to estimate its depth. My own views on the Ukrainian situation are deeply conventional: I believe that Russia under Vladimir Putin, and possibly under his successor, threatens the peace of Europe, which it believes it must subjugate or bend to its will in order to feel secure. One of Putin’s apologists on state television, asked where Russia’s true borders lay, replied “At the Pas de Calais.”

The contortions of the Russian mind on this subject are beyond my capacity to unravel. They are like those of a criminal who blames all his bad conduct on an unfortunate past. His past may indeed have been unfortunate, but analysis (not psychoanalysis) is usually sufficient to demonstrate to everyone except himself that he has been an important contributor to his own misfortune, having always taken a path that leads to disaster. Indeed, someone once said of Russia that all its roads lead to disaster, and there are individual people like that too.

But to return to the popular outpouring of sympathy for Ukraine. Naturally, the question arises as to how deep or abiding this sympathy is and what it really means. I suppose that if I were a Ukrainian refugee I would at first be greatly moved by the blue and yellow ribbon on the door of our local vicarage (home of the vicar who wants to remove the pews from the church and replace them with plastic chairs and tables, and who converted part of an ancient churchyard into a carpark), and perhaps even by some of the pronouncements of Western politicians. The reception of Ukrainian refugees has been genuinely warm in many places, though our less intellectual journals have revelled in stories of the alienation of the affections of the male member of a welcoming couple and subsequent elopement with the young attractive refugee.

I suspect that sympathy for Ukraine and Ukrainians is rather typical of our emotional lives nowadays: our emotions are both intense and superficial and are like gusts of wind rushing through a cornfield. This is not to say that they are unimportant or insignificant, for they affect public policy, usually in a deleterious way.

For example, how deep is our commitment to the preservation of the environment or to so-called ecology? People have, or claim to have, cuddly feelings towards the surface of the earth, which they worship with a kind of pagan reverence. They may eschew meat and animal products, cycle wherever they can, and even suspend wind-chimes in their garden, but all of these things actually impose very little sacrifice on them, albeit that vegetarian or vegan food takes time to prepare, and all are perfectly compatible with normal everyday lives in our society. However, I doubt how far they would be willing to forgo such comforts as heating and warm water in order to reduce their own consumption of energy.

No doubt they would argue that personal sacrifices mean little unless accompanied by similar sacrifices by millions of others: this is the modern equivalent of St Augustine’s desire to be chaste, but not just yet. It also reveals a lust for power, the desire to impose a will on other people—of course for their own good which they are too blind to see for themselves.

At a literary gathering recently, a middle-class intellectual lady piped up about it being two minutes to midnight as far as the climate was concerned. This was met with applause that was half-joyful, as if the end of the world were a consummation devoutly to be wished. I said that I thought that concern for the environment would dissipate with the first cold shower, and this remark was greeted with a little nervous laughter, as subversive truths are often greeted.

The point about unheated showers was not entirely frivolous. A gentleman in the audience replied that during the war people had put up with unheated water and British houses had been cold and draughty long afterwards. Indeed so: I remember as a student removing the ice that had formed on the inside of my bedroom window. The point is, however, that such living conditions would be considered not just uncomfortable nowadays, but an infringement of human rights. To the extent that the human soul can change, it had changed, and physical comfort, if not luxury, has become almost the summum bonum of human existence. What is tolerable in one age is intolerable in another.

According to a rather good book by an Italian anthropologist, Stefano Boni, the desire for comfort is a much-underestimated factor in the explanation of our current economic and cultural conjuncture. In fact, it is rarely noticed at all, as is the desire to avoid boredom (my view is that the prevalence of the means of entertainment is one of the biggest causes of boredom, but that, as Kipling’s Mrs Hawksbee would have said, is another story).

Mr Boni doesn’t always make the necessary distinction between comfort and convenience: people are willing to forgo quality in food, for example, in exchange for the convenience of not having to prepare it, eventually losing the capacity, perhaps, to distinguish between foods of different quality. But his basic point is sound. It might be that it is only very recently in human history that great masses of people have lived in the kind of comfort that Louis XIV would have envied, albeit in somewhat less grand surroundings than his, but people become accustomed to comfort very quickly and experience its loss as a real trauma. This is not a situation from which politicians can ask great sacrifices in the name of a future and still hypothetical danger, let alone for an abstract principle. After all, present mirth hath present laughter, what’s to come is never sure: therefore, it is right to enjoy current comforts. After us, the deluge (perhaps).

So when the crowds gathered in Berlin in the wake of the invasion of Ukraine and said that they wouldn’t mind if Vladimir Putin turned off the gas supply, and that they would make do with cold showers, I was immediately sceptical. It is delightful to shout such slogans having recently had a hot shower, but in the middle of a Berlin winter I think a literal cold shower would act as a metaphorical one. People would skip washing and start to smell. This might be good for the deodorant industry, but as I know from some of my patients years ago, there comes a point in malodorousness beyond which no fragrance, as scents are now called, can do anything except make even worse. Of the effect of a gas shortage on industry and therefore on German prosperity, I need hardly speak; and if Mrs Merkel was not an actual agent of Putin’s, she might just as well have been, for she couldn’t have done any better as such.

The point, however, is that our population (in which I include myself, I do not claim to be very different from it) is soft. This is a sign of the advance of at least some aspects of civilisation, and I am far from believing that discomfort is good for you morally, as lifting weights is supposed to be good for the musculature. I remember the days when rugby pitches hardened by frost were deemed good for boys’ character, and I never really believed it as a matter of empirical observation.

However, people who have known little hardship are not apt for sacrifice of the type required by prolonged war or confrontation. I admit I may be wrong: I have been wrong before and will be wrong again. Perhaps, cometh the hour, cometh the people: but I don’t bet on it, and neither does Vladimir Putin.

Anthony Daniels recently published Ramses: A Memoir (New English Review Press), under his pen-name Theodore Dalrymple.  Stefano Boni’s book Homo Comfort (published in Italian in 2014) has recently been translated into French, but not yet into English.

12 thoughts on “Cometh the Hour of the Cold Shower”

Forgers, Impostors and the News Business

It All Depends What You Mean By … ‘Why?’