Deep Resentment and the Appeal of Islam 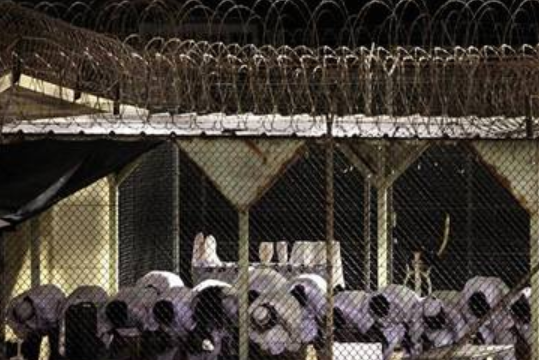 When any high-profile murder takes place in the West, someone in high authority is bound nowadays to say something like All our thoughts are with the victims (or the relatives of the victims). This, of course, is a lie, and by no means a noble one: all the high authority’s thoughts ought not to be with the victims or with the relatives of the victims. The authority ought rather to be thinking of whether there are means to prevent similar attacks in the future. It is perfectly possible to express decent condolences without resort to obvious and insincere exaggeration.

The French government minister with responsibility for the police resorted to the hackneyed all-our-thoughts formula when speaking to the National Assembly immediately after the murder of four people, and the attempted murder of a fifth, in the police headquarters of Paris recently. But at least there were no teddy bears or candles placed on the pavement outside the site of the murders, which is what would probably have happened in England in like circumstances. Give it a few years, though, and the French will almost certainly become as sentimental as the Anglo-Saxons are now.

The perpetrator of the attack, a forty-five-year-old computer operator called Michaël Harpon, was a deaf man who (according to the information available as I write) had converted to Islam about eighteen months beforehand—though, as one unconfirmed report has it, he had greeted the news of the slaughter of the staff of Charlie Hebdo four years ago by exclaiming “Well done!”, which if true suggests at the least a certain pre-existing cast of mind. Fortune, as Pasteur wrote in a different context, favours the mind prepared.

At first it was reported that the hypothesis of a terrorist attack had been downplayed by the investigators of the crime. It seems that Harpon, who had worked in the police department concerned with counter-terrorism for fifteen years without arousing any suspicions, nevertheless had certain personal problems with his boss. For example, he had not been promoted as he might have wished or expected. He was therefore taking his revenge for this. But why, then, not kill just his boss and leave the four others alone? As people soon came on to the television to say, the police service in France is under extreme stress at the moment: indeed, there had recently been a demonstration of 20,000 police against the conditions under which they are now working. Furthermore, such multiple killings could happen anywhere there was such stress, for example in schools or hospitals, whose staff also complain of overwork, understaffing, increased demands placed on them, and so forth. And have not there been many multiple killings of workers in the United States by disgruntled employees or former employees that clearly had nothing to do with terrorism?

Nevertheless, Harpon had given no sign of impending violence except, perhaps, for the fact that, according to his wife, he had been unusually agitated the night before the attack. This might have been the anticipatory anxiety of anyone contemplating a dangerous act the following day—he probably knew that he would not live to see the end of it. It is possible also that he smoked cannabis at the time, or took some other drug, a possibility that toxicological tests on his body might confirm or exclude.

But clearly he was capable of forethought, in a way that someone in a prolonged state of psychosis would not have been, for he chose as his weapon a ceramic knife that he would have been able to smuggle through the metal detectors at the entrance to the building and that would have been detectable only by a body search which he knew that, as a long-time, trusted and security-cleared employee, he would not undergo.

Whatever his motives, one thing that Harpon’s crime might yet achieve is a higher frequency of body-searches throughout the world, in the same way that Richard Reid, the shoe-bomber, has made shoes suspect at airports everywhere. As Greta Thunberg has put it, no one is too small to make a difference.

Actually, the possible motives—personal resentment, drug-induced agitation and Islamic extremism—are not mutually exclusive or contradictory, and could easily have come together in an unstable mixture or amalgam, one or other of them acting as a final catalyst. The search for a single motive both necessary and sufficient is probably futile.

An interesting question is why Harpon should have converted to Islam in the first place. In this context, I cannot but recall Gibbon’s words about the spread of Christianity in the ancient world. Why, he asks, did Christianity spread so quickly? First, he replies, is the evident truth of the doctrine itself; but, he continues:

as truth and reason seldom find so favourable a reception in the world, and as the wisdom of Providence frequently condescends to use the passions of the human heart, and the general circumstances of mankind, as instruments to execute its purpose, we may still be permitted, though with becoming submission, to ask, not indeed what were the first, but what were the secondary causes of the rapid growth of the Christian church?

In other words, was Harpon persuaded by the sheer transcendent truth of the claims of Islam or was there something more, psychologically speaking, to account for his conversion?

Of course, any answer must be to a degree speculative, for he is now dead and we cannot ask him; but even if we could he might not tell us, or even know himself, the truth. No amount of evidence can provide an indubitable answer. We are all to a degree opaque not only to others but to ourselves.

However, we cannot help but ask unanswerable questions about ourselves and others: it is part of our nature to do so, and we must do the best we can. In this case, I refer to my experience as a prison doctor.

I wondered why it was that so many black prisoners converted to Islam rather than to the evangelical Christianity that was often the religion of their mothers or grandmothers. Perhaps it was merely because of the greater effort of Islamic evangelism, but I suspect there was more to it than that.

Religious conversion is often the cause, or at least the pretext, of the decision of prisoners to give up crime. Crime, at least of the kind that lands you in prison, is overwhelmingly a young man’s game; there comes a time when the criminal is not up to it any more. But he seeks a reason other than this for why he should no longer commit it, and religious conversion is often it.

In like fashion, we can see that Harpon’s supposed personal resentment at work is not at all incompatible with his conversion to Islam as a partial explanation of his conduct, quite the reverse. Deep resentment can easily bubble under a calm exterior such as Harpon showed to the world for a long time. The deaf, moreover, are (for easily understandable reasons, as anyone will attest who has been to a social gathering conducted in a language that he does not understand) more inclined to paranoia than others. And an ideology such as Islamism is highly suited to those of paranoid disposition.

Harpon didn’t just stab his victims to death, as a man in some kind of frenzy might do; he cut one of their throats. This suggests, though of course it does not prove beyond all reasonable doubt, that his religious conversion was a necessary, though not sufficient, cause of his murderous acts.

That he committed them at the very heart of the counter-terrorist organisation in Paris will hardly reassure the population, and might embolden the terrorists by heightening their contempt for a society so weak that it values political correctness more than its own security (everyone knew that Harpon was a convert). It’s enough to make you paranoid.

Anthony Daniels’s most recent book is In Praise of Folly: A Psychiatrist on the Blindspots of Genius (Gibson Square), published under his pen-name, Theodore Dalrymple.

From Detroit, This Year’s Model

The Ubiquity of Unctuous Pieties

Censorship for a Transgressive Age