A New Vogue for Smoking in Manhattan 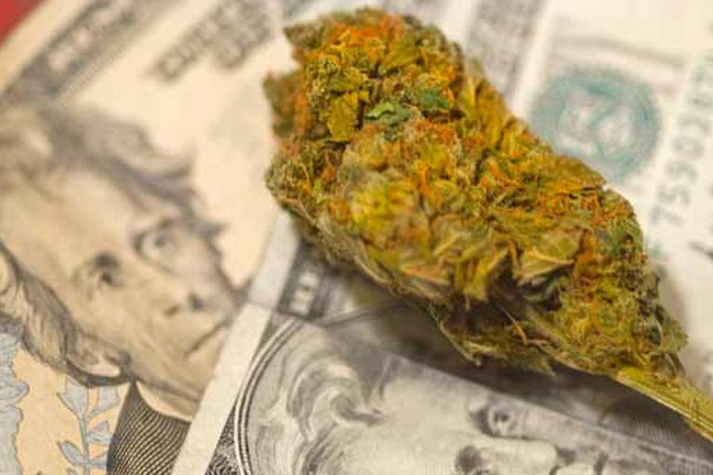 I have a friend in the restaurant business who insists that the key to a successful food service enterprise is getting the interior lighting just right. Food, service, location—these are all secondary in his experience. Restaurants are places that succeed, he told me, if they make the customers appear fuzzy and indistinct to each other. His theory is that people eat out when they’re trying to close some kind of deal—business or sexual—or stepping out of their ordinary lives and onto a more sophisticated and fantastic movie set. And as every movie star will tell you, we never look better than when we’re slightly out of focus.

No one wants to look across the table and see his or her dining companion in sharp relief. And our dining companions, I assure you, feel the same. But there needs to be enough light to read a menu and sign the check. For that reason, my friend has discovered that the ideal strategy is to bathe his restaurants in a dirty sepia glow. The walls are painted a sickly yellow and the lighting casts a jaundiced tone across the room.

And yes, that sounds deeply unappealing but my friend is perhaps the most successful restaurateur in New York so he must know what he’s doing.

The exact blend of Pantone colours to achieve the perfect look is a closely-held trade secret, but my friend cheerfully offers an easy workaround for aspiring restaurateurs. His advice is to find an interior space, somewhere in Manhattan, that has been subjected to continuous cigarette smoke for decades. The accumulation of tobacco smoke and aerosolised tar on the walls and fixtures is enough to create the perfect money-making glow. Parisian bistros, he reminds me, come by this decor the honest way. And those, as everyone knows, are where people fall in love. Even unattractive people. Which is, let’s be honest, most of us.

Maybe that’s why New York used to be such a sexy and romantic place. New York was a very smoky city. People smoked in bars, of course, and in restaurants and subways and hurrying through Grand Central Station on the way to catch the 5.17 to Old Lyme. We lit up cigars in the lounge at the Yale Club—great plumes of smoke wafting past portraits of Presidents Taft and Ford, setting into the pigment and turning their faces slightly gangrenous—though in the case of Gerald Ford, perhaps an improvement.

I’m in my mid-fifties, and I remember walking into New York restaurants in the 1980s and being asked, “Smoking or non?” before being led to a table that may or may not have been adjacent to a table full of smokers who were puffing away, adding another micron’s worth of atmosphere to the walls and ceilings. (The law was, you had to offer diners a choice. It didn’t specify that the choice had to make any difference.)

New Yorkers, like everybody else, were aware that smoking is terribly bad for you. The US federal government slapped warning messages on cigarette packs in 1965—the year I was born, as it happens—but lung cancer and emphysema seemed like distant and abstract dangers to a true New Yorker, who was more worried about the lunatic on the subway platform, the careening bus driven by the possibly-drunk bus driver, and the taxi driver just arrived from Ouagadougou who was unused to pedestrians or traffic rules.

New York City is a minefield of dangers and snakepits and dark alleyways, went the smokers’ logic. You probably aren’t going to survive those immediate threats, so when you add it all up why not just smoke ’em if you got ’em? Lung cancer, to a New York smoker, seemed like a high-class problem to have. It meant you hadn’t been killed by a mugger.

As essential to the sexy glamour of New York City as smoking was, it was no match to the power of a motivated regulatory bureaucracy. Sexy glamour never is. A combination of warning labels, punitive taxes, advertising censorship and class-action lawsuits combined to transform the once romantic and mysterious activity of smoking into a pariah activity, something done in joyless little clumps of people gathered a legally-specified distance away from the entryway of any public building. It’s a rare thing, these days, to spot a genuine New York smoker.

Well, not exactly. There’s still plenty of smoking in New York—out in the open, on stoops, in the street, and on subways. But New Yorkers aren’t smoking tobacco. What they are inhaling, in abundant, rancid-smelling, blue curls of smoke, is marijuana.

Weed is everywhere in New York City. It’s impossible to walk down the street—even in buttoned-up midtown Manhattan—and not be assaulted by a cloud of deeply fragrant skunky marijuana smoke. One year ago, New York State legalised marijuana sales for adults older than twenty-one, though sales of recreational cannabis remain technically forbidden until the details are worked out. But you wouldn’t know it if you took a casual stroll through my neighbourhood in the West Village, where the smell of weed wafts out of windows and shops and subway entrances.

And you wouldn’t know it if you walked through the city’s many parks—places, it must be said, where tobacco smoke is expressly forbidden, where on a recent weekday afternoon I was shouted at three times, by three separate people each at least twenty yards away, when I took a puff of my cigar as I read the newspaper.

There’s no smoking in the park, they shouted at me. One of them, for emphasis, inserted a colourful Anglo-Saxon modifier between the words no and smoking and the and park.

Each time I pointed with my cigar-hand to a group of young gentlemen nearby who seemed to be convening a meeting of the Bob Marley Appreciation Society. They were wreathed in oily, resinous blue smoke. Even from thirty or forty yards away, it was clear they were smoking the good stuff.

What about them? my gesture seemed to ask.

That’s not smoking smoking, one of my shouters shouted. That’s just weed.

Which about sums it up. The decades of fierce opposition to tobacco—the rules and taxes and public service announcements and nanny-state interventions—have evaporated into a relaxed tolerance—even tacit encouragement—for marijuana. New York has transformed itself from a place of jittery, brittle energies—a place for nicotine-fuelled go-getters and pushy type-A neurotics and in-your-face fuggeddaboutits—into a place where everyone just wants to kick back and, like, chill. Which isn’t really New York, to be honest. What it is—and I say this as someone who lived there for thirty years—is Los Angeles.

It’s all part of a larger movement of New Yorkers getting soft around the edges. In the chic boroughs, health and wellness clinics are popping up all over. Not strictly medical—though in many instances, partially covered by health insurance—these tidy, smartly designed spaces provide all sorts of ways for New Yorkers to indulge in a mix of personal services. Some offer physical therapy with cannabis-infused lotions, some offer acupuncture, massage, quick jabs of Botox or lip filler. Some even offer ketamine infusions, which are the latest in tuning-out trends.

Ketamine is mainly used as an anaesthetic, but it’s also often prescribed at lower doses by doctors as an alternative, or complement, to a wide range of anti-depressant and anti-anxiety medications. It’s also prescribed, in many of these health and wellness clinics, to people who maybe just want to take a couple of hours and get high.

New York is still New York, of course—ketamine is expensive, and the folks you see in the waiting rooms of the “wellness centers” in my neighbourhood are leafing through fancy shelter magazines and clutching expensive handbags. But it’s really just the upscale, exclusive version of the dudes in the park passing the spliff from the left-hand side. Or the doorman of the building next door taking a seat on the bench outside and lighting up, plain as day, until his eyes are red and puffy.

Or, more worryingly, the guys working on a large construction site in midtown, who I passed last week around lunchtime as they were leaning against the security fence passing a joint back and forth. In the middle of the day. Before, presumably, going to back to work constructing a forty-seven-storey office tower that is meant to become the headquarters of one of the world’s largest financial institutions.

I suppose we have to take it on faith that whatever they were tasked with that afternoon wasn’t electrical or structural, or didn’t require clear-headed calculations or precision work. Although I guess we’ll all find out together, in a few years, as the skyscrapers and apartment blocks and townhouses that have been built during the years that New York went to pot either stay erect or come crashing down suddenly all around us.

Taking a walk with a friend of mine a few days ago, we passed another large construction site and could smell, from behind the security fence, the unmistakable fragrance of state-sanctioned relaxation.

“Imagine,” he said to me, “all of those people you see around town smoking joints, imagine if those joints were suddenly replaced by cans of beer. People drinking beer on the street, in the subway, on the job, on the construction site. Do you think people would be okay with that?”

I thought about this for a moment. It was an interesting thought experiment. There is a deep hypocrisy in the way we treat on-the-job beer drinking (not good!) and on-the-job marijuana smoking (perfectly cool!).

“I’m not sure anyone would really care,” I said. “New Yorkers have gotten soft. We’re a relaxed, laid-back city now. There’s probably only one thing that would get people agitated.”

“Watch this,” I said, and I pulled out a cigar and started to light it.

Rob Long is a television writer and producer, author and journalist. His previous Letter from New York appeared in the March issue.

2 thoughts on “A New Vogue for Smoking in Manhattan”

The ’70s Again, with a Transgender Bonus