They Won’t Glow … or Seek to Know 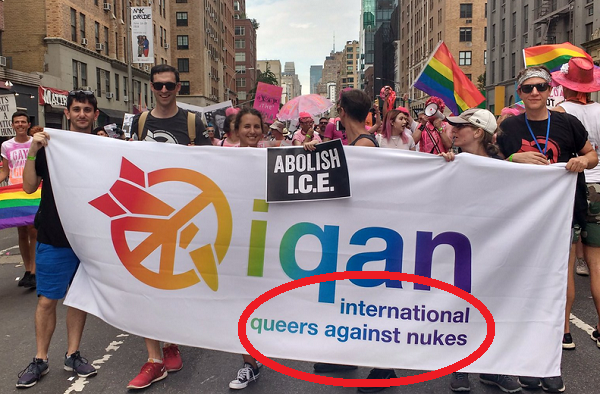 Leftists adore complexity. This is understandable, considering that the central philosophy guiding leftism is just a gussied-up, fancified version of: “We want your money. Give it to us.”

Karl Marx spent years converting that simple expression of elemental envy into a complex web of interwoven political and social theories which to this day entrance the gullible and provide intellectual cover for the greedy. Being envious is not an admirable trait; but if you can point to shelves of books that justify envy in terms of social dislocation, class conflict and byzantine economics, why, you’re not envious at all. You’re a scholar.

The Left’s complexity fetish now infects all social and political realms. To test this, simply raise the issue of nuclear power with one of your leftist friends. From a conservative point of view, establishing a nuclear power industry in Australia is a straightforward matter. We have abundant uranium, and the technology has been tested and proven in numerous nations throughout the world.

Your leftist friend, however, will likely deliver a blizzard of convoluted objections, almost all of them ignoring the basic fact that nuclear power is a known and safe energy source. Even if slightly amenable to the idea of nukes, your friend will insist that decades of study and research are required before Australia can even dream of building just a solitary reactor.

It’s as though you need a ninety-minute lecture on the principles of internal combustion before driving to the shops. And then your friend will jet off to nuclear-powered France for a holiday, because fear of nuclear energy evidently declines relative to the proximity of Paris.

Simple facts are kryptonite to the intellectual Left. Basic questions, unencumbered by layers of leftist complexity, can be devastatingly effective. Such a question has lately gained impressive currency. It was deployed to great advantage in March during the confirmation hearings for now-appointed US Supreme Court judge Ketanji Brown Jackson.

Jackson was nominated by US President Joe Biden specifically because she’s black and a woman, so you’d expect her to be aware of the meaning of those terms. On one of them, however, Jackson found herself nearly as bewildered as poor old Joe himself.

Tennessee Republican Marsha Blackburn led Jackson to the key question by first quoting late Supreme Court justice and leftist icon Ruth Bader Ginsburg: “Physical differences between men and women are enduring. The two sexes are not fungible. A community made up exclusively of one sex is different from a community composed of both.”

“Do you agree with Justice Ginsburg,” Blackburn then asked, “that there are physical differences between men and women that are enduring?”

Jackson, clearly sensing that she was being drawn into the leftist vulnerability zone of gender politics, claimed she’d never heard the quote. Which really was of no consequence, since she’d only been asked if she agreed with it.

Blackburn then put it more simply: “Can you define the word ‘woman’?”

“Can I provide a definition?” Jackson responded. “No, I can’t. I’m not a biologist.”

Jackson has two daughters, by the way. The concept of womanhood should not elude her. But the Left have so completely converted the basic structures of sex and gender into a linguistic and ethical minefield that Jackson felt it better to appear idiotic rather than answer the question.

Blackburn wasn’t impressed: “The fact that you can’t give me a straight answer about something as fundamental as what a woman is underscores the dangers of the kind of progressive education that we are hearing about.”

Readers will recall former Prime Minister John Howard’s “barbecue stoppers”: questions and issues that gave pause to a wide range of Australians. “What is a woman?” is a leftist stopper. It is a wall against wokeness. It is a bureaucracy brake.

“Look, I think there are a variety of definitions …” Murphy ventured. So Antic suggested he offer “just a simple one”.

“I think perhaps to give a more fulsome answer,” Murphy said, clearly stalling for time, “we should take that on notice.”

“You’re going to take on notice the question of what a woman is?” Antic, understandably astonished, replied. That is where we are in Australia in 2022. The most senior health bureaucrat in the land needs additional time and research before he can tell anybody what a woman might be.

The likelihood, of course, is that our bureaucrat class is easily able to offer such a definition. It’s just that they are intimidated by woke types who would react by screaming about discrimination and bigotry. As Antic said later of Murphy’s performance: “I wonder whether secretly he also thinks it’s ludicrous, but he’s concerned about the backlash amongst the rank and file.”

Now alert to the question’s power, Antic subsequently put it to representatives from the Department of Foreign Affairs and Trade. DFAT Secretary Kathryn Campbell answered that she was “not sure”, and that she hadn’t “heard that question before”. She’ll be hearing it again, that’s for sure. So will many in Canberra.

Campbell deferred to DFAT Deputy Secretary Kathy Klugman, who almost drowned in her own reply. “In relation to … no, I don’t think we do,” she said. “If you’re talking about us as a department of government, our approach is consistent with and governed by the Australian Public Service standards and rules—I’m not aware of any standards and rules going to that question in particular. If you’re talking about the support we provide internationally for gender programming, it hasn’t come up.”

Oh, but it will. Woke folk have taken something elemental and basic and made it complicated. Conservatives can beat this by doing the opposite. Keep asking that question. Ask it when meeting federal election candidates, and go public with their answers. Also, watch US conservative commentator Matt Walsh’s new documentary. Leftists will hate it. The title: “What Is a Woman?” 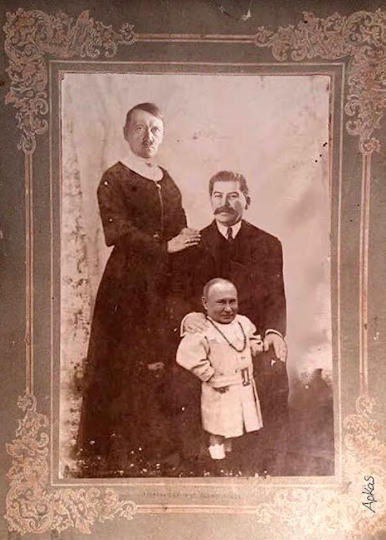 IN BETWEEN bouts of sheer terror as Vladimir Putin’s troops continue their slaughter, Ukrainians must smile with gratitude at the noble sacrifices made in their name by Western well-wishers.

My own local Dan Murphy’s no longer stocks any Russian booze, forcing vodka enthusiasts to discover that Polish gear is actually superior. In Washington DC, an unknown band of justice seekers smashed up a restaurant called Russia House—which turned out to be owned by local non-Russian Andrew McGovern.

Oh, well. It’s the thought that counts. In further displays of solidarity, Russian national and club teams were thrown out of soccer competitions, Russian athletes were banned at the Winter Paralympic Games, and the Canadian Junior Hockey League barred Russian youngsters from a player draft.

Putin somehow forged ahead, devastating towns and villages throughout Ukraine. Clearly, it was time to wheel out the West’s most terrifying weapon: our pitiless and uncompromising arts communities. Cardiff Philharmonic abandoned an upcoming Tchaikovsky concert, declaring it “inappropriate at this time”. Despite denouncing Putin’s “senseless war of aggression”, Russian soprano Anna Netrebko was forbidden to perform at New York’s Metropolitan Opera House.

Italy’s University of Milano-Bicocca announced that a course on Russian writer Fyodor Dostoevsky would close—until everybody told them they were being stupid and the decision was changed.

But there was no holding back Margrethe Vestager, the EU Commissioner for Competition. In early April, she delivered this powerful advice to those wishing to deny any oil and gas profits to Russia’s bloodthirsty leader: “Control your own and your teenager’s showers. And when you turn off that water, you say: ‘Take that, Putin!’”

Even as Putin and his military reeled from Vestager’s haymaker, they could never have known that an even more brutal blow awaited. On April 9, in complete defiance of the Geneva Convention and all accepted rules of warfare, Australian lawyer, human rights activist and former Hypotheticals host Geoffrey Robertson launched the prissy, Pommy-accented equivalent of a thermonuclear missile at his Russian foes.

“It will pain me not to go to the Salzburg Festival to hear soprano Anna Netrebko sing,” Robertson minced, “or to Covent Garden to see Valery Gergiev conduct, or to Melbourne to watch Daniil Medvedev at the Australia Open. But these morally deficient individuals have refused to step up to the plate …”

We tried to stop you, Vladimir. We banned everything Russian, including cats and vodka. And now look what you’ve made us do.

The Useful Idiocy of Gillian Triggs