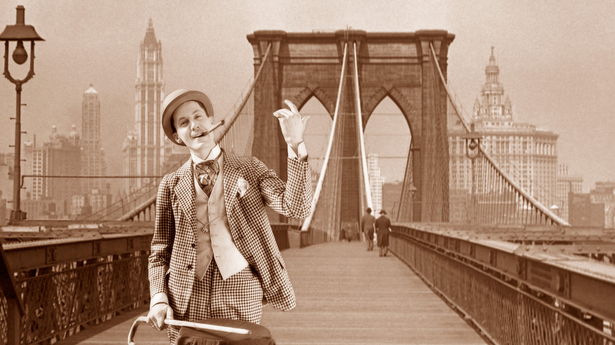 Conservatives have had a tough time of it in recent years. We’ve been confronted daily by claims that make absolutely no sense at all, on everything from climate to race, and we are asked—even by some fellow alleged conservatives—to accept all of it as completely tickety-boo.

Most of these claims, of course, emerge from a cultural Left that is dominant in the media and inner-cities but is scorned throughout regional areas in Australia, the US, UK and Europe.

This scorning is for a very sound reason. People who live in Australia’s regions, with and including Aboriginal Australians, know that Dark Emu author, Melbourne University’s Melbourne Enterprise Professor in Indigenous Agriculture and self-declared Aborigine Bruce Pascoe is not, in fact, Aboriginal.

Rural and semi-rural American folk who live far from the elite-infested east and west coasts, and who often run their own businesses and farms, know that running up huge debts will send them bankrupt. So they are aware that President Joe Biden’s massive spending will likely do the same to the entire US.

On the point of rural/urban divides, the Associated Press recently reported that the Democrat brand is

so toxic in the small towns 100 miles north-east of Pittsburgh that some liberals have removed bumper stickers and yard signs and refuse to acknowledge their party affiliation publicly … The climate across rural Pennsylvania is symptomatic of a larger political problem threatening the Democratic Party ahead of the 2022 mid-term elections. Beyond losing votes in virtually every election since 2008, Democrats have been effectively ostracized from many parts of rural America, leaving party leaders with few options to reverse a cultural trend that is redefining the nation’s political landscape.

They could try, you know, not telling Americans frustrated by enormous fuel price increases that they should just go out and buy electric cars.

And Canadian truckers targeted by woke commandant Prime Minister Justin Trudeau’s vaccine mandates (amid accusations of sexism, racism, transphobia and God knows what else) understand he is a tyrant whose wrath may one day be directed at urban residents, should they even summon the courage to defy him. Which they won’t, which renders that a moot point.

Leftists, meanwhile, are largely fine with all this craziness. No matter how outlandish the claim, they’ll roll with it—just so long as it originates from a member of their leftist brethren.

Why is this the case? The British neurologist Guy Leschziner may have the answer in his latest book, The Man Who Tasted Words, in which he describes the human brain as a “prediction machine” that relies on stored data to analyse new information and forecast an outcome. “We predict the most plausible explanation for what we perceive to be happening,” Leschziner writes, “based on an internal model of the world as we understand it.”

Key words: “The world as we understand it.” The world as leftists understand it is an unjust, hateful place where even wealthy leftists are victims of capitalism and the patriarchy, and where vicious Scott Morrison and Donald Trump supporters eternally lurk in the shadows, waiting to pounce.

Consider the Left’s unified response to gay black US actor Jussie Smollett’s allegation that he’d been physically attacked three years ago in Chicago. It is not unusual to be attacked or even murdered in Chicago, by the way, but the specifics in Smollett’s case were plainly absurd.

Smollett told police he’d been walking back to his apartment in the snow at 2 a.m. after buying a snack from the local Subway. Then two Trump fans, wearing “Make America Great Again” caps, recognised Smollett and set about beating him after declaring: “This is MAGA country.”

Er, no. It isn’t. Chicago voted 83.7 per cent for Hillary Clinton in the 2016 election. But Trump’s goons weren’t done yet. They poured a chemical on Smollett and draped a shoestring-width “noose” around his neck. Because those are exactly the sorts of things you are likely to be carrying when you’re walking around empty streets in sub-zero temperatures. Hey, you never know when a gay, black anti-Trump activist is going to want a sandwich. Always be prepared.

Now, everything Smollett told police was clearly an invention. But leftists, almost to an individual, fell for it. Remember that line about our understanding of things being “based on an internal model of the world as we understand it”?

Their race-driven worldview enabled them to skip right past all Smollett’s illogic and irrationality, and declare him the patron saint of Subway-adjacent conservative snow-beating victims all over the globe.

“Jussie Smollett is one of the kindest, most gentle human beings I know. I’m praying for his quick recovery,” tweeted Kamala Harris, who later became Vice-President.

Quick recovery? The bloke had two tiny marks on his face, inflicted by Nigerian brothers Abimbola and Olabinjo Osundairo—who’d been paid by Smollett to give him the gentlest bashing in Chicago history.

I mean, as this is written the place has had ninety-four homicides so far this year. In 2021, the murder total was 791. Chicago kills people—most of them black. It doesn’t present late-night assault theatre for an audience of exactly nobody.

“This was an attempted modern-day lynching,” Harris continued. “No one should have to fear for their life because of their sexuality or color of their skin. We must confront this hate.”

Smollett’s hateful lies were indeed confronted. In March, he copped a 150-day jail sentence and $200,000 in fines. He can afford it, because like so many high-profile racism victims, race-scammer Smollett is rich.

Black comedian Dave Chappelle immediately saw through the actor’s story, telling an audience: “This [n-word] was clearly lying.” Not coincidentally, Chappelle does not live among the woke. Despite his immense wealth, Chappelle lives on a twenty-six-hectare farm near Yellow Springs, Ohio—population 3697. The last time Yellow Springs voted Democrat was nearly sixty years ago.

Locally, environmentalists turned up when Prime Minister Scott Morrison visited flood-hit Lismore in March. Naturally, they blamed the floods on climate change. There’s that leftist worldview again. But according to statistics presented by Lismore Citizens Flood Review Group co-ordinator Beth Trevan, an end to flooding would represent climate change more than would continued floods. “This town has had 138 floods in 152 years,” she told the Daily Telegraph. “There’s a flood every fourteen months.”

If Morrison had appeared in Lismore to offer drought relief following a long dry spell, he’d have been similarly abused. Climate change is the only entity besides the deities identified in foundational texts of our major religions that is able to cause everything.

The internal models of the world as they understand it demands that, for leftists at least, this be so. The “most plausible explanation” for all weather variations is climate change.

Or racism. Take your pick. 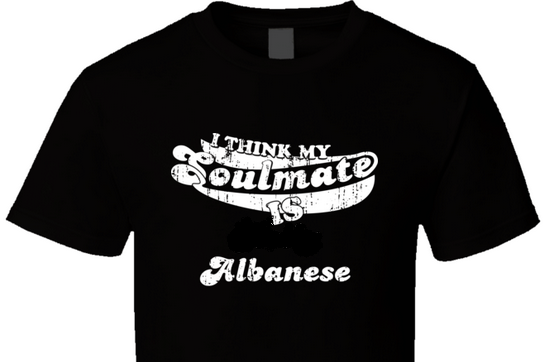 LABOR leader Anthony Albanese offered a curious line during a recent speech to business leaders. “The first step,” he said, “is to put climate and culture wars behind us and focus on what matters—the national interest.”

So why is Albanese now backing away from signature left-wing causes? Well, we’re only three years on from the previous federal election—which Labor’s Bill Shorten chose to fight over climate issues, deemed so crucial at the time that Shorten didn’t even bother to provide costings for what would have been ludicrously expensive climate policies.

Climate panic obviously didn’t work in 2019. But it could also be that Labor research is turning up evidence that global warming is even less of a public concern in 2022.

Which would be understandable. Russia’s Ukrainian incursion and China’s expansionism have shown just how much Western preoccupations with pointless climate posturing have emboldened (and enriched) the bad guys while weakening our own economies.

As well, Russia and China don’t waste time and money on disputes about pronouns, gender debates, trans inclusion or any other fashionable, self-hating Western causes. They just get on with being wealthy and evil—as Australia and other Western nations fall deeper in debt while fixating on “social justice”.

And what might be the “national interest”, as Albanese sees it? Empirically, Australia’s national interest would best be served by establishing complete energy independence, which in Australia’s case could only be easily achieved through a combination of nuclear power and coal. Good luck getting that approved by your Green-Left comrades, Albo.

Then again, perhaps the Left is now more receptive to nationalism. After all, Western leftists have fallen in love with Ukrainian President Volodymyr Zelenskyy, who is big on border protection, an armed citizenry and even a form of universal male conscription.

Ukrainian men are turned back at borders if they try to leave, and are ordered to fight for their country, while women are permitted to flee. Zelenskyy obviously isn’t a huge fan of gender equality, either.

7 thoughts on “The Left-Brained Compulsion to Buy Bridges”

How I Swung a US Election