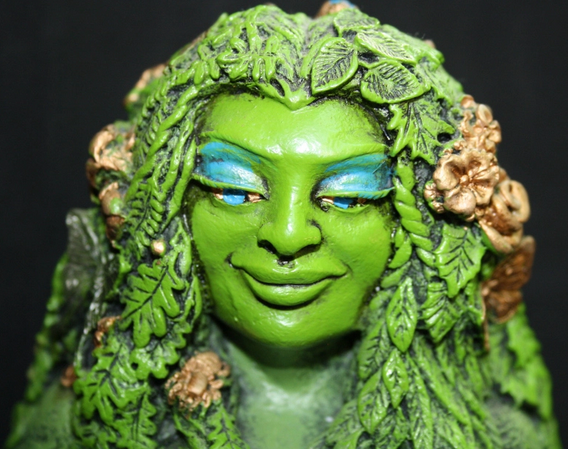 Humankind has always had an awkward relationship with things we are powerless to control. Problems especially arise when we try to influence the weather, for example.

Aztec priests, big believers in the curative and transformative powers of mass slaughter, would carve open the chests of sacrificial victims in order to appease the gods with victims’ still-beating hearts.

Those gods were unpleasant types, and they would dole out droughts and famines holus-bolus unless sufficient hearts were supplied. Or dead kids. Apparently the tears of a terrified and soon-to-be-murdered child were required before rain god Tlaloc would bother to crank up some clouds.

But the Aztecs eventually ran out of themselves and weather-controlling sacrifices ended in their particular region. And, gradually, other cultures also abandoned sacrifices, possibly after realising they didn’t actually change anything.

Thereafter, people slowly adapted to the idea that weather wasn’t within the realm of humanity’s command. Oh, there must have been millions of prayers over the years begging for a change of weather, but all except the most devout understood that such matters were immune to human pleading.

Mark Twain is usually credited with this celebrated line, which puts people in their place regarding climate-adjusting capacity: “Everybody talks about the weather, but nobody does anything about it.” It now seems, however, that this line (or a variation of it) originally came from Twain’s friend Charles Dudley Warner, about whom a charming obituary was written after his death in 1900.

“When people were once tried almost beyond endurance by the most exasperating of winters he said, ‘Everybody is talking about the weather; why doesn’t somebody do something?’ and this, with its subtle irony of human futility, is perhaps one of the most representative examples of his wit,” the obituary read. “But his humor was an aroma which interfused all his thought, and filled his page with the constant surprise of its presence.”

Warner invoking the “subtle irony of human futility” is a beautiful observation, all the more so for the current lack of any subtlety in climate debates. Your climate panic crowd doesn’t bother much with anything subtle. As Aztecs were to sacrificial victims, climate activists are to nuance and wit.

If the humour of climate screamers had an aroma, it would be something like the musty reek of a sofa left out in the rain ahead of hard waste collection day. Worse still, that sofa had spent the previous five years in a shared student house. And they were enrolled at La Trobe.

In recent times we’ve been working our way back to an Aztec mindset on weather issues. Granted, we’ve not yet begun building towers out of human skulls, but any talk of emissions reduction sooner or later gets around to “sacrifice”. We are encouraged to sacrifice certain lifestyle traits and choose second-tier options in travel, diet and convenience, all in the name of calming the weather.

One chap, US gay rights lawyer and environ­mental advocate David Buckel, did to himself what Aztecs did to others. Early one morning in New York back in 2018, Buckel burned himself to death in a protest against climate change.

“Most humans on the planet now breathe air made unhealthy by fossil fuels, and many die early deaths as a result,” his suicide note explained. “My early death by fossil fuel reflects what we are doing to ourselves.”

A bit of a mixed message there, to be honest. If he’d used a different source of energy than efficient, rapid-burning petrol, Buckel would probably still be alive. Very few successful suicides involve a solar component, and wind turbine blades are only a threat to birds.

The odd Gaia barbecue enthusiast aside, most of our sacrifices to date are primarily financial. We sacrifice fifteen cents to Coles and Woolworths every time we buy one of their heavy new plastic bags, an “environmental” innovation that by one estimate has increased supermarket profits by $71 million.

And households sacrifice thousands every damn year through renewable energy subsidies that are embedded in our power bills. We receive most of our electricity from coal, but pay additionally for energy we don’t receive or use at all. As well, we sacrifice jobs across inland Australia because we won’t follow the US example and frack for natural gas.

As this is written, socialist Bernie Sanders is still alive and riding high in Democrat primaries. If he defeats a dull Democrat field and scores his party’s nomination, and—a much bigger if—he goes on to topple President Donald Trump, Sanders vows he will ban fracking.

Now we’re talking truly Aztec-level sacrifice. Fracking supplies the US with half its oil and two-thirds of its natural gas. Imagine the global economic impact that would be caused by subtracting such an enormous amount of cheap energy from a world superpower.

There would also be a very severe human toll. “Fracking helped save the lives of roughly 11,000 Americans each winter from 2005 to 2010, according to a recent National Bureau of Economic Research paper,” public policy researcher Ron Williamson reported last year. “How? By driving down energy prices and helping them affordably heat their homes.”

Socialism always hits the poor hardest. Back home, I suppose you’d have to include in our list of sacrifices all the IQ points we lose every time a Greens representative turns up on television. Against that, of course, we do have to acknowledge former Greens leader Bob Brown’s noble decision to sacrifice a likely Shorten Labor government. Brown’s election campaign carbon convoy to coal-loving northern Queensland swept Bill Shorten completely aside. Credit where it is due.

When weather became politicised, it hastened our return to Aztec god-appeasement strategies. A generation or three has been raised to think the climate can be influenced by voting for a particular political party, and various other means of atonement.

It doesn’t work like that. Besides, imitating Aztec sacrificial traditions is a clear case of cultural appropriation, and those practising it should be shunned.

UNTIL direct flights to Texas were opened a few years ago, the first stop for Australians visiting the US was California—and most usually Los Angeles.

Back in the day, LA was a fine starting point. It’s a completely atypical US city, what with its massive city blocks and all, but once you worked out the basic scheme of things and got Sunset Boulevard sorted, everything made a certain kind of sense.

I first turned up there three decades ago, when the racial tensions that eventually led to the 1992 Rodney King riots were abundantly evident. More than sixty people were killed in those riots, which followed the acquittal of police officers who were filmed viciously beating King after he’d attempted to flee pursuing lawmen.

The place recovered surprisingly quickly. Around 1999 or so, I was in a fine new LA shopping centre buying some shoes when I looked out the window and noted familiar-looking street signs. One of the staff confirmed that, yes, this was the very corner where the 1992 riots had commenced. And now it was as friendly a joint as you could imagine.

Several years of relative peace and progress followed. Perhaps Zali Steggall, the independent member for ex-PM Tony Abbott’s seat of Warringah, was thinking of that brief, shining time in LA history when she announced last October that California was her guiding light.

“I want Warringah to be a mini-California and lead the way,” environmental zealot Steggall said, apparently in thrall to the west coast’s climate-fixing ambitions.

As it happens, a couple of LA friends were over here in Australia during summer. I ran Steggall’s “mini-California” line by them to see how they’d react. They were incoherent with laughter for a time, but eventually one of them managed a sentence. “Not even California wants to be California,” he said. And then he began to list, in anguished detail, the grievous problems besetting that once-beautiful state.

Homelessness in LA and San Francisco is out of control. City streets are rife with tent communities of the homeless, which last year were hit by a wave of disease. At one point LA’s City Hall was shut down over fears of a typhoid outbreak that originated among the homeless.

In his State of the State address in February last year, California Governor Gavin Newsom listed outbreaks of hepatitis A in San Diego County, syphilis in Sonoma County, and typhus in Los Angeles County.

Some tales of Californian decay are too revolting to be repeated in detail for Quadrant’s gentle and civilised readers. Should they wish, they are invited to run a Google search for “California” plus “public defecation”. As of this moment, that search returns more than 27,000 matches.

Many years of useless, environment-focused municipal and state governments have led to this abysmal situation. An obsession with global climate change has left authorities with a local climate hellscape.

And this is Zali Steggall’s dreamland. Well done, Warringah.