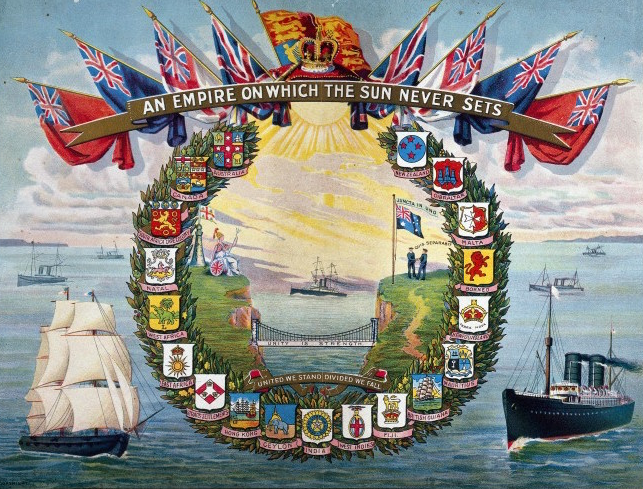 A cataclysm of violence and a miasma of hypocrisy are the twin targets in Caroline Elkins’s simplistic and somewhat naive account not, despite the title, of the history of the British Empire, but instead essentially of British imperialism since the 1750s and of what she terms “liberal imperialism”. “This book will open up the empire’s iron fist,” she says of Legacy of Violence: A History of the British Empire while also attacking “liberalism’s perfidiousness”.

Diatribes are to the fore throughout the work, one that very much reaches to the present in an aggressive account of apparent relevance. Thus, with no real analysis other than accumulative slapdash, we have Prince Harry and Meghan Markle, an attack on the Commission on Race and Ethnic Disparities chaired by Tony Sewell, an account of Brexit that presents it as racism—“the British government’s configuration of white power clearly jettisons prospects for a federation of Western states”, and as another instance of unsubtle linkage: “Lest we forget, even before the Powellism-fuelled rise of Nigel Farage and Boris Johnson, Tony Blair’s ‘New Labour’ regime had touted its own ‘new liberal imperialism’.” The use of language, here as elsewhere throughout the book, is unsubtle, but then subtlety is scarcely to the fore in this problematic work.

As specialists know, Elkins has been here before. Bethwell Ogot, in his lengthy review in the Journal of African History (2005), of her book Britain’s Gulag: The Brutal End of Empire in Kenya, described her use of evidence as “dishonest” and her approach as “too simple”, and noted, “This simplistic account was part of the Mau Mau war propaganda which she has imbibed rather uncritically.” Ogot also pointed out the degree to which Elkins misleadingly suggested that she was offering a new account. Other critics have emphasised the degree that Kenya saw not a straightforward war between white British colonial authorities and Kenyans, but one that pitted Kenyans against one another.

And so with the new book. There is a similar technique of hyperbole and the questionable representation of examples. The latter are somewhat familiar, are retold, and then provide an apparent proof by accumulation. Thus, the Morant Bay rebellion in Jamaica becomes an assertion—“the crucial moment in Britain’s second empire when the scope of martial law’s necessity and the permissibility of violence widened”—rather than an attempt to assess how far this became a norm. Elkins uses the opportunity to attack “liberal imperialism” and what she terms its “paradox of coercion and reform”. Indeed, much of the energy of the book comes from this critique, one that is freely applied—as in, “Bevin preached the liberal imperial gospel.” A specialist might point out the differences and divisions between her lumped-together target. Liberals were frequently split, as in the 1900 “Khaki Election” over policy towards South Africa. There were also divisions between Liberals and other political movements, and amongst the latter, notably very different Conservative views. Separately, Elkins has little interest in, let alone understanding of, the maritime dynamic and naval aspect of empire, or the idea and practice of “Informal Empire”. The last could involve intimidation, but was scarcely defined by it, and consideration of this dimension of empire, which was particularly present in Latin America, would be instructive.

More positively, the research by Elkins and her “team” of five research students has put together some interesting instances, with particular energy devoted to the Middle East, and some arresting quotations. The commander of the British forces in Egypt and Palestine from 1919 to 1923, General Sir Walter Norris Congreve, observed, “I dislike them all equally. Arabs and Jews and Christians, in Syria and Palestine, they are all alike, a beastly people. The whole lot of them is not worth a single Englishman.” Observing Churchill planning to govern the region with “hot air, aeroplanes [and] Jews”, he says, “Winston is between a cheap and fatal tenure of Mesopotamia and Palestine and a real occupation with security and peace which he can’t pay for.”

Congreve, who had gained a VC for heroism while wounded in the Boer War, and lost a hand in the First World War, drilled down to a key point. Far from being the heavily militaristic society depicted by Elkins, the British did not wish to pay for empire either with heavy taxation or with conscription. Earlier, Lloyd George could stir his listeners with the need for dreadnoughts to confront Germany, but there was no comparable effort in the case of empire, and Lloyd George himself had to back down in the Chanak Crisis. Indeed, backing down, as also for example in Ireland, was more characteristic of the empire after the First World War than in the instances described so strongly by Elkins, albeit with the caveat that she has had to use “offensive’” language because, she says, it “encodes much of the state-directed violence that I discuss and analyze”. That is an easy give-away about her parti-pris attitude.

More generally, Elkins’s tendency to simplify is at the service of a clear-cut analysis of the salience of violence and the use of racism in order to create a context within which “liberalism could increasingly deploy repressive policies”, this leading in the conclusion to the reiteration of “liberalism’s capacity to repress” and to reinvent itself in doing so. Indeed, the very ending brings in Trump, Modi, “populist racialized power”, and so on in an unintentional self-parody. There is apparently an “imperial nationalism”, which, in practice, scarcely sits comfortably with the separatist nationalisms within the United Kingdom, or, indeed, the argument that a version of English nationalism is currently to the fore.

Elkins’s book raises the question of the nature of history in current-day culture wars, and the role of empire in this debate. These divisions are often understood in terms of Left versus Right, but that approach underplays differences within both. Elkins’s book can be located in terms of tensions within the Left as well as a contrast between Left and Right. Liberal imperialism in its various iterations offers her a way to pursue the former, and imperial coercion both that and more specifically the latter. Some of her arguments can further be assessed in terms of an application of American culture wars to a British example.

More positively, Elkins differentiates the British case from that of Nazi Germany by arguing that there was nothing reformist about Nazi imperial ambitions, that progressive notions of reform were anathema to Nazi ideology, and that racial domination for the Nazis was an end itself. However, she also suggests a degree of similarity designed to delegitimate the empire:

When compared to fascism, British imperialism showed itself to be both repressive and emancipatory … For colonized populations in Britain’s empire … their lived experiences looked and felt like the fascism that German imperialists incubated in their African empire and brought home to their rapidly expanding European one in the 1930s. Such differences were real, however …

Elkins thus avoids some of the crassness of other writers. Yet, more generally, her contextualisation is less than secure and her judgment problematic. Although there is a brief discussion of France, comparisons with past empires that were contemporaneous are limited and could be better deployed, and the same is true more recently when assessing coercion in imperial and post-imperial processes in, for example, the Middle East, the Punjab, Ireland or West Africa. There is also a lack of sufficient attention to the international context in the shape of hostile support for rebellion within the empire, as with German backing for Irish republicanism, and, more generally, in the containment of other powers and ideologies, notably communism. Elkins is aware of the last in particular but underplays the extent to which it helped in the definition of imperial policies and practices.

There are many problems with this book, but, as it is written by a Harvard professor and produced by a major publisher, it may receive undeserved praise and the accompanying panoply of awards and fellowships with which the academic elite award each other. That those who do so increasingly decry liberalism and deplore what they term “privilege” is part of the bleak comedy of the modern university. This is a text of our times. I will doubtless be cited by some opportunistic publicist, but I do not regard the remark as praise.

Legacy of Violence: A History of the British Empire
by Caroline Elkins
Bodley Head, 2022, 400 pages, $65

Jeremy Black is Professor Emeritus of History at Exeter University. Among his recent books is A Brief History of Britain 1851–2021, published by Robinson last year

The Threat of a Nuclear Iran