Green-minded people hate coal, because of all its carbon pollution, as they call it. They also hate natural gas, especially the fracked variety, partly because it poisons water supplies and all that, but mainly because it’s so cheap and plentiful. Nuclear power? It’s straight from the devil. Ditto hydro power. So of course we must switch to “renewable” energy, that is, wind farms and solar panels.

Global energy analyst and journalist Robert Bryce demolishes such fatuous thinking. He is the author of Smaller Faster Lighter Denser Cheaper, an intriguingly cumbersome title for his fifth book on energy.

Bryce was a guest of the Institute of Public Affairs in Melbourne in September. As a cogent and entertaining speaker he is also a class act. 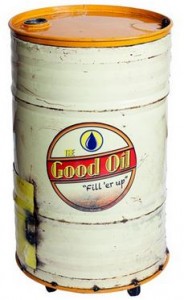 Read his book and marvel that the developed world is now spending countless billions on renewables for no rational reason. Gaining significant (as distinct from token) power from renewables is a pipe-dream. Bryce does the maths, and renewables add up like 2 + 2 = 3. Renewables are not a good basis for policy, as the Germans—the foremost proponents, with a third of the world’s nameplate (peak) solar capacity—are discovering. The German power grid totters towards crisis. Would you believe, 38 per cent of German “renewable energy” now comes from chopping down forests for firewood to burn in otherwise coal-fired power plants, medieval-style.

Bryce says he is agnostic about the global warming debate, and makes his case purely as an energy analyst. He foresees the cost-per-watt of solar panels falling steeply as global production ramps up, but notes that in 2012 solar was meeting only 1/625 of global energy needs. Solar and wind combined produced only 1 per cent of global energy.

The fundamental problem with wind and solar is their low energy “density”, meaning output per unit of area or weight. The newest GE jet engine produces 15,000 watts per kilogram and fits on the wing of a B-787. In contrast, a typical wind farm produces a puny one watt per square metre, meaning that enormous land areas must be set aside for the whirling blades. To hammer the point home, Bryce remarks that Siemens’s biggest wind turbine has 154-metre diameter blades that sweep an area equal to three times a soccer pitch.

Green enthusiasts are avid users of computer communications, which are surprisingly power-hungry. Planet-friendly Apple announced in 2012 that it would use solar to help power its cloud-computing centre in North Carolina. Sadly, to power it all with solar would have to involve seventeen square kilometres of panels, and this area would have to be completely bare of shadow-casting trees and structures, Bryce says.

US data centres alone consume 2 per cent of total US electricity, equal to the total electricity of the Czech Republic, or forty-seven times the total US solar power output. It’s not easy for smart-phone users to be Green.

Bryce really gets into his stride calculating what the vaunted (by warmists) low-emission world will require. For the US alone to switch out of coal-fired power and substitute wind power, it would need to set aside an exclusive area of the US equal to the area of Italy. Moreover, no one could live in that area because of the blade noise.

Switching from coal towards biofuels is even more absurd. Highly-placed and awarded US guru Amory Lovins has called for biofuels to meet 23 per cent of total US energy needs by 2050. Bryce does the maths and finds that would require as much US land as Texas, New York and Ohio combined, or three times the area of Italy.

Bryce’s narrative covers not merely energy but also the mainsprings of American innovation—about which he remains enthusiastic. This innovation is exemplified in the natural gas industry. Thanks to a myriad of factors including land-owners’ ownership of sub-surface resources, the American drilling industry enjoys economies of scale which lead to ceaseless innovation and progress, especially now in gas fracking. I had not known that the US invention of the roller-cone drilling bit (by the father of Howard Hughes Jr) made possible cheap gasoline and the auto industry.

Nowadays the drilling industry in the US spends as much per year putting down oil and gas wells as the entire rest of the world spends on so-called “clean energy”. Far from dwindling, US oil output in 2013 was up by a million barrels a day, its biggest rise since its 1859 inception. Bryce mocks claims about “peak oil”, which I have been sceptical of ever since I heard Labor’s Rex Connor forecasting in 1973 that Australia would see the last of its oil production in 1984. Bryce predicts that US oil production will soon match that of Saudi Arabia. Right now the USA is producing as much gas as the whole of the Middle East and Africa combined.

It is beyond bizarre that US activists prattle about freeing America from the “tyranny of oil”, the most cost-efficient and convenient of all energy sources. The phrase makes as much sense as the “tyranny” of physics or density.

As Bryce told his Melbourne audience, and spells out rigorously in this book, cheap electricity liberates humankind not just from poverty but—when morphed into information technology—from oppression. Would that his book could be put in front of intelligent secondary school students.

Tony Thomas, a retired financial journalist, wrote on his visit to Palermo in the October issue

The Landscape of Humanity: Art, Culture and Society, by Anthony O’Hear

The Realm of Ozymandias

Mitterrand: The Master of Reinvention