Growing Up Under Mao 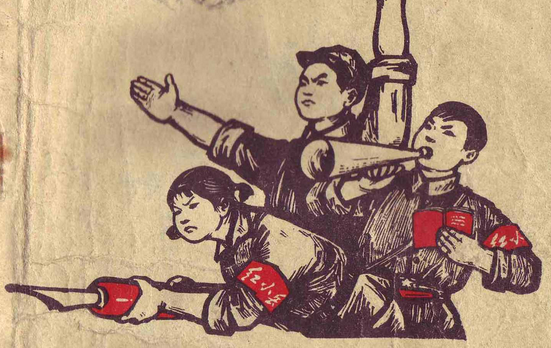 When the Cultural Revolution raged in China in the 1960s, I was not very interested. Periodic violent repression and maltreatment of non-conformists was what communist regimes did. My attitude changed in the late 1970s when I met some Chinese academics who visited Australia. They told harrowing tales of their personal suffering in the Cultural Revolution. This was much more brutal than the suppression of uprisings in East Germany (1953), Hungary (1956), Poland (1956, 1980) and Czechoslovakia (1968). The Great Leap Forward (1959 to 1961, when an estimated 20 to 45 million were starved) and the Cultural Revolution (1966 to 1977, when around 1.5 million were murdered) were orders of magnitude above the periodic ructions in Eastern Europe. In 1981, on a lecture tour around China, I met people then in their seventies and eighties who had recently been restored to leading positions. They were resolutely determined that these atrocities “must never be allowed to happen again”. Clearly, the Mao-era convulsions sprang not only from Marxist totalitarianism but also had roots in China’s history.

Summary accounts of these events of course circulated in the West. But where were the detailed personal stories that added colour and substance? Had Chinese authors written “literary digestions” of the events? In recent years, fewer and fewer mention the Great Leap Forward and the Cultural Revolution, as the generations that lived through the terror are thinning and new worries have taken over. Are these horrors, and the lessons from them, slipping into oblivion? 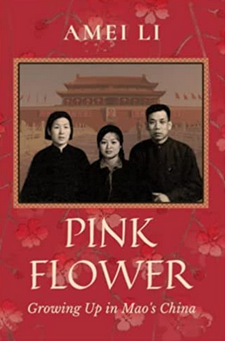 I was therefore thrilled when I met Amei Li, a Sydney resident since 1992. She had begun to record her personal memories of the Cultural Revolution for her daughter. Born in 1950, she belongs to the youngest vintage of victims that can directly remember the horrors of 1966 to 1976. Fortunately, friends convinced her to turn her notes into a fully-fledged book. It has become a rare personal document about a phase in the PRC’s history which must not be forgotten, as China expert Ted Rule says in the foreword. This is honest and authentic history.

Her family background—forebears who moved from rural northern China into the cities and a father who built up a business making Western-style hats in Beijing—made her a “Black” after the revolution, a person lacking a suitable proletarian background and hence a second-class subject. Her early years were not greatly affected by that “deficiency”: she attended school and pursued hobbies much as we, her contemporaries in the West, did as children. The process of collectivisation, which proceeded boa-constrictor like, was not fully noticeable to her as a child––father moving from owner of his company to manager, then to mere employee; gradual regimentation, and Mao’s growing personality cult. “Traditional Confucian values of loyalty to family and gratitude to parents … [were] replaced by devotion to the Party and Chairman Mao”, she writes. In the late 1950s, the conversion of private agriculture into People’s Communes during the Great Leap Forward inflicted unremitting hunger. Her mother had to hobble on her crippled, bound feet to a nearby temple area to collect purslane and other weeds to supplement their starvation rations.

Collective politics hit home like a storm in 1966, when Li was a teenager at high school and the Proletarian Cultural Revolution began. Children from “Black families” were expected to report the reactionary thoughts of their parents. Suddenly, her beloved father “was disappeared”; for ten years the family had no idea whether he was alive and, if so, where. To Li’s distress, newly formed Red Guards of fellow students depicted admired teachers as relics of a corrupt social order. No evidence was needed to humiliate and torture them. Young Red Guards raided her family home in a Beijing hutong, mirroring occasional such punishments under the Chinese emperors, but now the punishers were brutalised school children. What they didn’t steal they scattered and vandalised. Her best friend from high school days became a psychopathic Red Guard leader. “Bourgeois” teachers were beaten bloody and forced to clean toilets. In an orgy of violence, students beat the school’s Party Secretary to death with belt buckles in the office next door to her classroom. I’ll spare readers more stomach-churning details.

Almost 2000 “class enemies” were publicly murdered in twenty days. They died without resistance. Huge amounts of gold and money were confiscated from homes by self-appointed mobs of teenagers. The police did not intervene. Most Beijing citizens began to live in fear, as many were banished to the countryside. When the likes of sixteen-year-old Amei Li were hoping that the authorities would stop the violence, they learnt that Mao was behind the new revolutionary movement.

The teenagers had of course no inkling that their mobilisation was Mao’s ploy to get rid of “capitalist roader” rivals, such as Liu Shao Qi and Deng Xiaoping, and indeed about 70 per cent of the Central Committee. That the government was half-paralysed did not matter, nor that the economy took a dive when clueless amateurs replaced the technical and administrative experts.

In early 1967, young Amei was trained to be a soldier. Later, high-school kids had to work in agriculture on the capital’s outskirts, while their teachers were coerced to do menial cleaning jobs and write self-criticism. “Class bitterness” and “blood hatred” were promoted to intensify the class struggle. Elder students such as Amei Li were ordered to become “little teachers” for younger ones, but many young children missed out on school altogether. Later, Li was sent to work in a timber factory. Untrained to handle dangerous machinery, one of her friends suffered an atrocious accident. Li started to wonder what would become of her, as she was pushed around without a say about her future. The universities were closed; her dream of becoming a doctor vanished. Her mother preached forbearance, caution and patience out of a deep Buddhist conviction.

When her class graduated from high school, the government feared the ire of unemployed young people. With ten million others, Li was banished from Beijing in 1968 to the distant countryside to become a peasant. She was lucky in that she was sent to a poor village in southern Shanxi province where the locals were kind, although they did not need more mouths to feed. Here at least, the revolutionary madness seemed far away. Unlike many other places, here Li and her fellows were not met with hostility, gross abuses, violence and rape. Health conditions were better than in China’s icy north or the tropical borderlands, where many perished from untreated diseases. Others committed suicide or saw their unwanted babies die miserably. Li had to learn to survive on nothing but noodles and buns with pickles, shreds of meat being a rare delicacy, but at least she did not starve. To her surprise, locals told her that life before Mao had been better and that the villagers clung to certain traditions and “superstitions”, which gave them the strength to cope.

A lucky turn in her life came when she met two leading scholars who had been banished to the same rural area for being “rightists”. These elderly gentlemen owned books that they lent her. She read classical Chinese texts and translations of Western writers, such as Stefan Zweig and Victor Hugo. She was also able to learn some English. The days of back-breaking field work, planting and harvesting wheat and cotton, were alleviated by evenings of enlightening discussion with the two professors, who inspired hope that life might one day change again for the better. They impressed on her: “Knowledge is strength, and your life will be fulfilled.”

As news about political developments in Beijing trickled down, her two teachers told Li that Mao had limited knowledge and was completely ignorant of economics. “He calls himself a revolutionary, but he did not discard or even reform China’s totalitarian system.” After the disaster of the Great Leap Forward, the Chairman’s power was threatened, and he struck back.

Eventually, the local primary school principal hired her as an assistant teacher, and she also began to help as a “barefoot doctor”. In the early 1970s, she was hired to teach in the nearby town, where electricity enabled her to read and study more and where periodic markets allowed people to improve their living conditions. In 1975, villages were given quotas to send some inhabitants to the newly re-opened universities. The Party and village elders nominated her. She studied English in the provincial capital of Taiyuan, garnished with a mighty dose of political indoctrination.

When Mao died in 1976, she noticed no sign of mourning around her; but when the “Gang of Four” were arrested, the “country broke into wild celebrations”. After graduation from university, Li taught English at Taiyuan Machinery College, part of the “English fever” that gripped her compatriots eager to learn from the outside world. She was again able to see her family in Beijing. And one day her father, ill and malnourished, reappeared after ten years of incarceration. As he slowly recovered, a close relationship developed between him and his thirty-year-old daughter. “Ten years of ‘thought reform’ had had no effect in ‘reforming’ this capitalist!” Like millions of irrepressible, enterprising Chinese, he started a new business, a tiny contribution to the stellar rise of China’s economy. The boom made it possible for the remaining city youths to return home from their exile and become integrated in productive activities.

In 1988, Li was offered a lecturing job in English at Beijing Automation Engineering College. Communist Party councillors in university classes—spies on what the professors were teaching—were abolished. She was again allowed to register as a resident in the capital and savoured the fresh and optimistic political atmosphere. The feeling spread that China was on the road to democracy despite a long tradition of autocratic rule. Inflation, corruption and power abuses fuelled demonstrations on Tiananmen Square. Amei Li helped to ferry privately donated food to the students on the square, till one day she saw that a crackdown loomed. The student leaders were not wise or well-prepared for their encounter with high Communist Party officials, and of course the inevitable happened. “Murder in broad daylight,” she calls it.

In 1991, an Australian approached her with an offer to teach Mandarin to businessmen in Sydney. Although this forced her to give up her university position, her urge to see the outside world won the upper hand. As a forty-two-year-old and new in Sydney, she was shocked when Australians openly criticised government officials without fearing repercussions. The freedoms of thought, speech and movement astonished her. She decided to stay.

Amei Li tells her detailed story in a matter-of-fact way from the micro perspective of an ordinary young person. Only every now and then does she insert brief references to known political events that help the reader to fit her story into the macro history which shaped her life.

What comes out strongly at the end of the book is Li’s enormous gratitude for being able to live in Australia. She has heart-warming words about life in this marvellous, free country, the natural environment and the civilised social interaction among Australians. She has no time for the cynical negativism of the media and people who take all our benefits for granted. Take Amei Li’s (and my) more realistically informed perspective and embrace what we have with optimism and gratitude!

Li concludes the book with this ringing statement: “Economic development will lead to continuous cultural and political change. It is surely only a matter of time before the Chinese people will expect the same freedom and political rights as their western friends … The yearning for freedom is in human nature.” I can only say “Amen” to that.

The Cold War in the Unions