The Scandal of the Mural

In the world of Australian art history, the name Lindsay Bernard Hall is unlikely to conjure lively images or clear associations except in the minds of the most knowledgeable students. Unlike his more colourful artist contemporaries, Bernard Hall, as he was known, didn’t become famous for depictions of mighty gum trees (Hans Heysen), for harbourside artists’ camps (Arthur Streeton), or for bathing sheds and cart horses seen through the morning mist (Clarice Beckett).

Hall was an accomplished exhibiting artist. But between 1892 and his death in 1935 he was also the director of the National Gallery of Victoria and head of its School of Art. In this role, Hall exerted enormous power over local taste-making and the building of national art collections.

A scholarly new book by Paul Paffen draws Hall out of the shadows of history and back into the galvanising and manipulative part he played in a controversial chapter of art history in the years following the tragic heroism of Gallipoli. Hall was the force behind a competition, launched in 1921, for resident Australian artists to design a commemorative mural honouring this country’s sacrifice in the Great War.

If post-war healing through the arts were needed, the competition did not provide it. Back-room manoeuvrings, rivalries, insults, favouritism and outright bigotry were some of its hallmarks. The scandal of the mural was all but forgotten until the publication of this important new book, which coincides with the restoration and reopening of the mural in the State Library of Victoria in Melbourne.

“Paul’s project was deemed entirely compatible with the Mission Statement of the National Gallery of Australia, which aims to encourage and disseminate distinguished scholarly research relevant to the visual culture of Australia,” former NGA director Gerard Vaughan writes in the foreword. “This epic book … was an ideal candidate for NGA backing, and I am delighted that my successor as Director of the NGA, Nick Mitzevich, has also lent it his 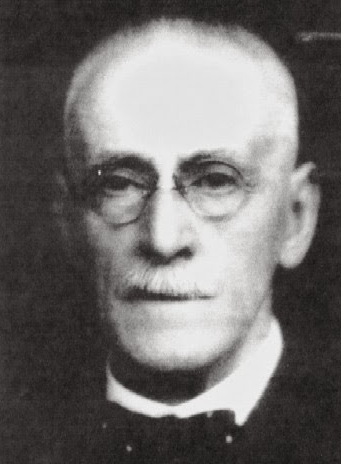 full support.” Paffen began his research in 2005. For the Fallen is richly laced with detail about the characters who played a role in the lead-up to the eventual unveiling of the mural on February 12, 1924.

Hall (left) emerges as a compelling figure in the narrative. Of steely resolve, unshakeable self-belief and rigid adherence to academic art tradition, he was also shy and reserved. Born in Liverpool, he epitomised British values. He marked the Armistice of 1918 with an understated diary entry. The rest of Australia, however, celebrated the longed-for day with all the pent-up emotion of the hard years they had just come through.

A week after the Armistice, the Felton Purchase Committee (the body which administered the NGV’s Felton Bequest) met to discuss art acquisitions for the gallery. Bernard Hall had written to the committee recommending the purchase of some pictures by Hilda Rix Nicholas, a woman of high artistic standing who was widowed shortly after her marriage in 1916. In his letter, Hall also floated the idea of “obtaining one important art work in commemoration of the war”.

“Hall’s idea would eventually germinate with the monumental Mural War Memorial that would later adorn a significant area of wall-space above the main staircase in Melbourne’s Public Library,” Paffen writes. “From start to finish, Hall remained the driving force behind the operation.” 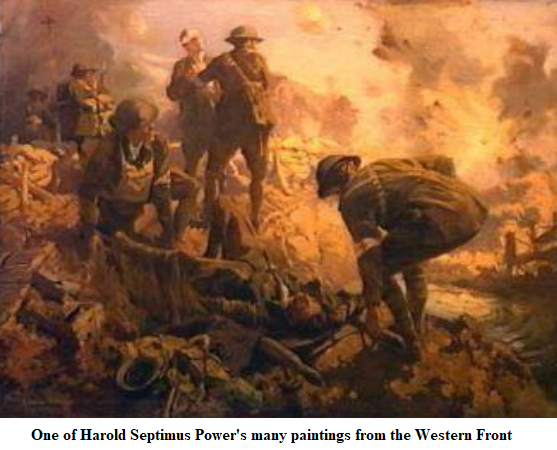 THE competition was launched in December 1921 with the handsome prize of one thousand pounds to the winner. The deadline was eventually extended by eight months in order to accommodate artists such as Lambert (whose health was under pressure from his unrelenting work demands). The judges were Hall, artist (and former Hall student) W.B. McInnes and artist George Dancey.

While the idea of the mural caused a favourable stir in much of the art world, some leading figures were against it. Artist Julian Ashton, for instance, declared that war was not a fit subject for art and that artists should choose not to create depictions of it. That did not deter fourteen artists from entering. In line with the competition regulations, they signed their designs for the mural with pseudonyms, to allow for blind judging.

After viewing all the entries, the judges selected three designs that claimed “special attention”. They were by “La croix de guerre” (Lambert’s pseudonym), “Patria” (Rix Nicholas) and “Decca” (Power). On further deliberation, the judges decided that Lambert’s design was “too crowded in composition” and that Rix Nicholas’s was “too void of content”. That left Power’s design, which the judges recommended.

There was one problem. Power had not complied with a term of the competition which demanded the production of a full-size group of two figures as an example of handling. Power’s work was therefore disqualified. The much-vaunted competition had effectively collapsed and the promised one thousand pounds first prize would not be awarded.

It was quickly made clear to Power, an acclaimed painter, that he could go ahead and complete the mural, but that he would only receive one thousand pounds in payment if he completed the design and the trustees approved it first. With many commentators believing this to be a “churlish” treatment of a major artist, Hall and his trustees went into disaster-management mode. “Predicting a negative public reaction to the competition’s unimagined outcome, not to say a magnified press debacle, circumspect Trustees ruled that none of the designs should be publicly exhibited, and the judges’ report be withheld from the press,” Paffen writes.

Having been met with “forceful resistance” when he attempted to negotiate more favourable terms for creating the mural, Power finally agreed to the job. Anger over the way the competition had been handled continued to brew. “Feelings ran high in Melbourne over the decision,” wrote Amy Lambert, wife of George Lambert, who was “among several disgruntled high-profile Australian artists and one whose own submission had been deemed unsuitable”. In Sydney, the affair also made the news and the local art community was up in arms.

Paffen believes the decision to choose Power was Hall’s alone and that the other two judges were “perhaps token”. Uneasy NGV trustees asked the judges if any of the designs that did comply with the conditions might be sufficiently meritorious to receive a prize. The judges then decided to award one hundred pounds to Lambert. He replied from St Luke’s Private Hospital in Darlinghurst, Sydney, that he was honoured. His cheque was forwarded to him there.

Among the other entrants to the competition were Albert Henry Fullwood and Charles Wheeler. Rupert Bunny was still living in France and was thus ineligible. Streeton, having been burned in a previous mural competition, refused to enter.

As for the great Hans Heysen, the book makes no mention that he ever entered the mural competition. Even if he had, Heysen would have stood little chance of winning, thanks to Hall’s blind dismissal of anyone he thought was remotely connected with the hated Hun (never mind that Hall had some German blood of his own). Heysen was from Germany, but he had arrived in Australia at the age of seven and had eight Australian-born children.

On December 3, 1921, the same day the Melbourne press published advertisements for the mural competition, Hall insulted Heysen at the artist’s solo show in Melbourne. Heysen had already been subjected to a shameful series of demands from official art societies that he declare his allegiance to the British Empire and his disavowal of his German roots. The “poisonous rumour mill” caused the artist enormous suffering, and prompted his friend Nellie Melba to write him a sympathetic and encouraging letter. At Heysen’s exhibition, Hall turned his back on the painter when they were introduced. It was a deliberate and hurtful snub. The NGV Director placed one of Heysen’s exhibited pictures on hold for his gallery. But Heysen refused to sell it to the NGV because he could not allow the picture to go where he himself was not welcome. Melba, ever shrewd and ever the diva, bought the picture for herself.

The Hall and Heysen incident became public, but Hall was unrepentant. He wrote:

[Heysen] can hardly complain if I treat him no better. For I hold with Lord Kitchener that until this maimed and scarred generation has passed away no German should be allowed permanent residence or social status in this country. Of course business must be done but how can there be friendly relations?

During the Great War and its aftermath, anything German was subject to varying degrees of suspicion and intolerance, Paffen writes. But Hall’s stance was hypocritical. “Hall’s part-German blood became an issue necessarily suppressed in the wake of the collision between the equally formidable British and German empires and was always conveniently veiled behind his predominantly austere, reserved, British demeanour,” Paffen writes.

Rix Nicholas, meanwhile, left Sydney in disappointment when she learned the public would not be able to judge the merits of the competing designs for themselves. In a sad postscript, her designs were destroyed in 1930 in a fire at Knockalong Station in southern New South Wales where she lived after her second marriage to a grazier.

Like the Australian bush, this book has many rabbit holes. Going down each one brings a fascinating glimpse of disparate characters brought together in the unlikely setting of a commemorative war mural competition.

For the Fallen: The 1921-1922 Melbourne Public Library Mural Competition within the Setting of Decorative Painting in Australian Art
by Paul Paffen
Australian Scholarly Publishing, 2021, 462 pages, $150

Elizabeth Fortescue has been an arts journalist for thirty years. She is published widely in Australia, and is an Australian correspondent for the Art Newspaper in London

2 thoughts on “The Scandal of the Mural”

The Cinderella of Collins House

How Beautiful They Stand – or Not

Old Times in the Kimberley