The Political Shifts That Embrace Euthanasia 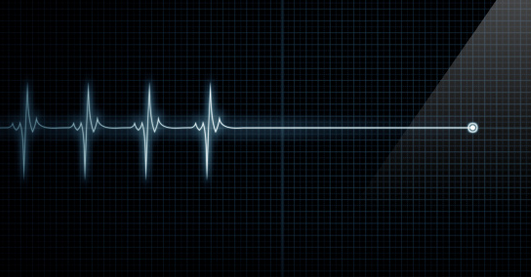 The Left’s sponsorship of euthanasia or voluntary assisted dying (VAD) laws across the nation represents a radical departure from the traditional principles of social democratic politics. Such laws are also alien to traditional conservative politics. However, VAD laws have been primarily put forward by small-l liberals and Left-aligned politicians in Australia. These politicians, such as Alex Greenwich in New South Wales, have presented euthanasia as a “progressive” reform.

Despite being labelled as “progressive”, euthanasia is essentially promoted in libertarian terms. The public debate about euthanasia shows this: it has been fought on the grounds of individual freedom—to be free from suffering and restraint, so to be free to end one’s own life.

Most people who support euthanasia are middle-to-upper-class, mostly liberals in the classical sense, and are concerned with autonomy. For example, in a 2016 report, the concerns of those requesting assisted suicide in Oregon (one of the first jurisdictions to legislate for euthanasia) overwhelmingly centred on “losing autonomy” (91.4 per cent) and concern about an inability to participate in enjoyable activities (89.7 per cent), rather than on pain (only 26.4 per cent).

Libertarian causes are particularly alien to traditional centre-Left politics. Such ideologies have been traditionally opposed by social democratic parties, who have defended collective rights, especially to freely associate, and pioneered safety net systems. Yet, Left-leaning parties and politicians champion bourgeois causes such as euthanasia, which shift them away from their traditional constituency. This change represents a “liberalisation” of the identity of social democratic politics that manifests as a popular “progressivism”.

Similarly, centre-Right politics has undergone a “libertarian” transformation. Traditional conservative limits on liberty are being steadily disregarded by moderate liberals in the same “progressive” cause.

This progressivism, as Noel Pearson identifies, emotively privileges the individual over the collective:

These [Queensland] parliamentarians think the question of assisted dying is first a matter of emotion … The core is the enormity of the shift our society is making with sanctioning the choice of death as yet another freedom of the individual, whereas in the past this was always a question for society.[1]

Such progressivism does not rely on scientific evidence; rather it is driven by the emotivism of anecdotal cases, which reinforce an individualistic ideology. In this respect, Fr Frank Brennan commented that pro-euthanasia advocates in the debate about assisted dying laws in the Queensland Parliament presented few rational arguments and engagement with the other side’s arguments.[2] Instead, they focused on anecdotal cases seeking, as Pearson argues, to prove an “emotional monopoly on the subject of suffering facing death”.[3]

This emotive individualism is characteristic of modern popular culture. It is reinforced by numerous reality television programs and popular music. Political progressivism has drawn from this pop culture, especially as the Left’s collective economic message has largely failed in the West, marked by the defeat of communism and declining union membership.

The ideologies of individualism and libertarianism have been traditionally opposed by both conservative and social democratic parties. The advancement of bourgeois notions of freedoms and individualism have often contended with the rights of families and workers, especially to associate and express their desire for collective rights and conditions. Now centre-Left parties champion such freedoms, which put the most vulnerable at risk.

Despite the anecdotal cases put before the public by pro-euthanasia advocates and the media, there is recurring evidence about the risks of euthanasia. For example, a study of states with euthanasia laws in Current Oncology by Dr J. Pereira found:

laws and safeguards are regularly ignored and transgressed in all the jurisdictions and that transgressions are not prosecuted. For example, about 900 people annually are administered lethal substances without having given explicit consent, and in one jurisdiction, almost 50% of cases of euthanasia are not reported.[4]

Pereira also found that in jurisdictions that legalised euthanasia, it soon changed from a last resort to a first choice, with patients not being given the option of palliative care. Undue pressure and coercion are compounded on the sick and disabled who are often given subtle, systemic messages that they shouldn’t be alive. The late disability advocate Stella Young remarked:

People make all sorts of assumptions about the quality of my life and my levels of independence. They’re almost always wrong. I’ve lost count of the number of times I’ve been told, “I just don’t think I could live like you,” or “I wouldn’t have the courage in your situation,” or, my favourite one to overhear (and I’ve overheard it more than once), “You’d just bloody top yourself, wouldn’t you?”[5]

Alongside the misunderstanding of physical disability is the role that mental health plays in euthanasia. Pereira reports that “studies have identified rates of depression syndromes as high as 40.9% and 58.8% in persons requesting euthanasia or assisted suicide”.[6] However, psychological concerns are often not well assessed or assessed at all.

Instead of their traditional advocacy for the vulnerable against systemic injustice and pressure, both centre-Right and centre-Left politicians are increasingly advancing the cause of individual freedom at the expense of rigorous evidence and their own traditional constituency. For example, recent polling indicated serious doubts amongst large sections of the Queensland electorate about the euthanasia legislation, particularly in relation to the risks to the vulnerable.[7]

It is also revealing that at a time when nations like Australia possess the most effective medical knowledge and means in human history to ease pain and ensure a peaceful death that such treatments are inadequately resourced and not championed by the Left or the Right. Meanwhile, the medical system—whose members are largely opposed to euthanasia—and the broader public are co-opted into facilitating a radical new individual freedom. To obscure these contradictions, “progressive” euthanasia advocates rely on what Pearson calls emotional performativity that cultivates a superficial compassion which presents itself as utterly certain, despite lacking evidence.[8]

This certainty leads to increasing authoritarian forms of progressivism, which is reflected in the trajectory of euthanasia laws in Australian states. For instance, the latest jurisdiction to implement euthanasia, Queensland, has established a system for assisted suicide that rejected conscientious objections, particularly from non-government hospitals. Instead, the government gave itself the power to intervene in these facilities without their consent.

Thus, the political appeal to emotive individualism has been used to advance state power to intervene in the non-government health sector to facilitate euthanasia, contrary to the values of these non-government hospitals. When a person is admitted to a church-provided hospital, they expect an absolute respect for their life, reflective of the religious ethos and values of the facility. The Queensland government refused to respect the autonomy and values of these non-government hospitals. They will not protect the sacred trust that the patient gives to these hospitals, despite the assurances of these facilities that they will respect the wishes of the patient to be transferred to another facility to be euthanised.

While parties across the political spectrum have been seduced by the bourgeois logic of euthanasia, it is alien to conservative and social democratic politics. It has particularly led to a radical change in how life and freedom are viewed by the Left, resulting in the centre-Left championing libertarian causes on social and cultural issues.

With Left-leaning politicians increasingly aligning themselves with a bourgeois progressivism, who will represent the vulnerable masses and stand up for evidence-based social principles in the face of an emotive and superficial individualism? It is heartening to see the New South Wales Liberal and Labor leaders doing so—but will enough of their colleagues join them in shunning emotive individualism?

Joel Hodge is Senior Lecturer in the Faculty of Theology and Philosophy, Australian Catholic University, Melbourne

9 thoughts on “The Political Shifts That Embrace Euthanasia”

Adoption is Better than Abortion

The Diminishing Difference Between Sin and Crime