Moral Force in a Fractured West 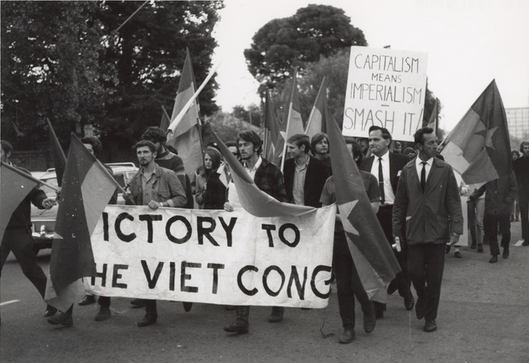 The eminent British military historian Michael Howard has described Emile Simpson’s War from the Ground Up as a worthy coda to On War, Carl von Clausewitz’s nineteenth-century treatise on the objective characteristics of warfare. Like On War, Simpson’s book is dense with philosophical insight. Simpson served as an officer in the British Army, leading the Royal Gurkha Rifles into battle on three tours in southern Afghanistan. His book intersperses shards of memoir with an extended contemplation on the nature of contemporary warfare, how it has both retained some of the elemental characteristics outlined by Clausewitz some two centuries ago and shifted in response to the radically changed politics of the twenty-first century.

At a time when the traditional dichotomy of foreign policy thinking in the Western academy, split crudely between interventionist and isolationist impulses, is in a state of chaotic flux, Simpson’s book serves to illustrate how a different mode of thought, born out of intimate experience with warfare in the twenty-first century, might chart a new interpretive framework through which future conflict could be evaluated. It is this magnificent achievement which gives Simpson’s book its distinction. Nonetheless, underneath the book’s concentrated and penetrating analysis lies a dramatic though understandable miscalculation. War from the Ground Up was written before the 2016 US presidential election. There is considerable value in re-assessing the book in the light of America’s slow-rolling disintegration. 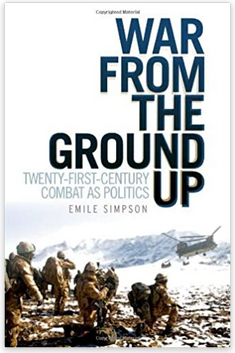 At its most elemental, Clausewitz conceived of war as “nothing but a duel on a larger scale … an act of force to compel our enemy to do our will”. Clausewitz proposed the concept of Moral Forces to encapsulate the vast and intangible psychological and emotional factors that permeate and affect the conduct and outcome of war. Within the broad scope of Moral Forces exists the central notion of will as a determinative element in war’s outcome. The concept of will and its potential power haunts Clausewitz’s theory. He argues, for example, that it was the potency of the will unleashed by the French Revolution which fundamentally transformed war from the limited wars of the eighteenth century to the annihilationist and absolute form waged by Napoleon: “In 1793 a force appeared that beggared all imagination. Suddenly war again became the business of the people—a people of thirty millions”, and “this juggernaut of war, based on the strength of the entire people, began its pulverising course through Europe”.

Simpson is likewise concerned about the relation of Moral Forces to war’s conduct and outcome, but his analysis is located in a globalised conflict environment that is distinguished from Clausewitz’s era in two fundamental ways. First, war in Clausewitz’s time was marked by polarity between actors. War was conducted between relatively unified nation-states and though there might exist factional interests in a nation-state, generally speaking it was an accurate reflection of reality to talk of “war on a single axis, which produced two ‘sides’”. By contrast, using Afghanistan as an exemplar of twenty-first-century conflict, Simpson argues that a polarised conception of war as a contest between two neatly demarcated actors, in this case the Afghan government and its coalition supporters on the one hand and the Taliban on the other, dramatically misstates the reality of the contests of will engulfing the world at present. Rather than a titanic clash of wills between nation-states, the conflict environment in Afghanistan is “politically kaleidoscopic”, made up of a web of “fragmentary conflict dynamics’” and a range of actors propelled by different, and often contradictory, motivations.

Second, compounding the fragmented multi-polar reality of contemporary war, the Moral Force or strength of will propelling an actor draws its power in part from audiences who are not solely confined to the nation-states or entities engaged in conflict. Whereas in Clausewitz’s era, “strategy had to maintain unity between the strategic audiences who were within one’s state: government, army and people”, in our “inter-connected world there is a massive extension of the size of potential strategic audiences beyond one’s side/state and the enemy’s”. Thus, orchestrating and securing the support of these disparate audiences, in both the domestic and international sphere, becomes a crucial factor in a war’s outcome. With a multiplicity of actors and audiences contesting the interpretation of war, war is transformed into a kind of international political campaign shot through with violence whereby an actor gears its tactical actions towards securing the “votes”, or political support, of an array of strategic audiences located across boundaries. In this sense, the tactical level, or means, of war merges with an overarching political design in order to orchestrate, through an exercise in acrobatic political triangulation, a balanced political outcome supported, or at least accepted, by a multiplicity of competing audience groups. Afghanistan, Simpson notes, “is far more a game of political musical chairs than a two-way fight”.

To gain some control over the myriad complexities presented by fragmented political environments, Simpson contends, an actor must construct persuasive strategic narratives that can garner the support of various strategic audiences for the overarching political vision proffered by the actor and, in so doing, knit together disparate constituencies into something like a supportive base from which to prosecute a war. Simpson notes, however, that “in reality, it is often impossible to satisfy every audience, just as politicians who try to please everybody may find themselves to be in pursuit of an incoherent agenda which actually pleases nobody”. Nonetheless, Western nations may be able to overcome the conundrums posed by twenty-first-century conflict if their strategic narratives are founded upon a trinity of logos, pathos and ethos, or reason, emotion and vision, which combine to convince diverse strategic audiences of the broad moral value of the Western ideal. This vision for strategy, however, underestimates the depth of the West’s fragmented political landscape and its ability to sustain coherent strategic narratives. This, I contend, is Simpson’s basic miscalculation.

Consider the position of contemporary Israel. Israel prides itself on being a liberal democratic state that defends individual rights in a region otherwise beset by authoritarianism and convulsive religious sectarianism. It is only in Israel, for example, that gay pride parades are permitted. Prime Minister Netanyahu, nonetheless, has assiduously courted the support of American evangelical Christians, whose support for Israel is propelled by a theocratic conception of the Rapture and its link to Israel rather than any commitment to liberalism or the world’s Jewry. Thus, to gain support for a nominally liberal state, Israel’s leadership courts the strategic audience of conservative American Christians enthralled by the possibility of apocalypse. This apparent paradox exposes a deep crack at the centre of the liberal West: the problem of domestic incoherence. Western democracies are now made up of constituencies which, to a considerable extent, inhabit irreconcilable philosophical positions.

This reality is particularly pronounced in the United States. Some degree of fragmentation is a standard characteristic of free and open societies. An open marketplace of ideas will naturally generate groups competing for their particular vision of the Good. Even in non-free states, such as Afghanistan, Simpson clearly demonstrates that fragmentation is the rule rather than the exception. However, the fragmentation in Western democracies is not focused around management issues such as taxation policy or healthcare. The domestic incoherence of the West is more profound and existential, such as the schism in Israel between liberalism and religious theocracy, or the extreme partisanship exhibited by sizable portions of the Republican and Democratic voting base in the United States. Furthermore, what is unique about this era is the manner in which this fragmentation can be magnified and exploited by information warfare and a fractured epistemology.

Information warfare only works to the extent that domestic incoherence offers it the conditions it needs to ignite a fire. Like a field sodden with petrol, all that remains is the match. Why the fields of the West are sodden with petrol is beyond the scope of this review. However, it is incumbent upon Western strategists to recognise this reality. Constructing a persuasive strategic narrative infused with a coherent moral vision that can accommodate and inspire a kaleidoscopic array of domestic and international audiences to secure the broad-based and sustained will necessary to prosecute a military venture abroad is extremely difficult to accomplish in any circumstance, but in the context of a balkanised and febrile domestic political atmosphere with echoes of an incipient civil war it seems all but impossible. In contrast to the domestic coherence and unified strength of will that Napoleon tapped into for his rampage across Europe, the Moral Force of the contemporary West is so fractured and broken that it can barely defend itself let alone effectively prosecute wars abroad. The most important work for Western strategists is to find a way to repair the damaged Moral Force of the liberal West. A failure to do so will result in our slow extinction.

Duncan Evans has lived in Indonesia, working for the Jakarta Post as an editor, translator and writer, and is now the editor of the Indonesia section for Asia Options