The Nicest Country They Couldn’t Wait to Leave 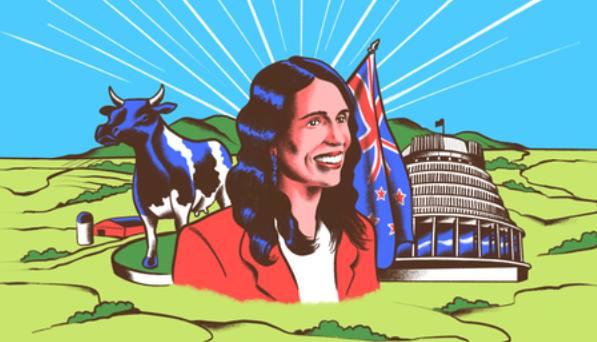 I was enjoying a café breakfast in the South Island town of Picton a few years ago when a local stopped by. He peered about, noticed no staff present, then turned to me and another foreign tourist—we were the only people in the place—and said: “Bulundurun.”

No tonal inflection hinted at the nature of this statement. Was it a question? An observation? A warning, perhaps? Or even some form of threat? We stared dumbstruck at the fellow for a few seconds, then at each other, struggling to divine his meaning or intent.

“Bulundurun,” the man repeated. Again, no inflection at all. Our silent puzzlement continued. “Bulundurun,” he said once more, in exactly the same manner, with no suggestion of impatience at our obvious lack of understanding. I was beginning to imagine this might be a religious imprecation, something possibly derived from ancient New Zealand Presbyterianism.

Or maybe it was a hex or a curse. Picton’s an unlikely voodoo outpost, but for all I knew the joint runs a Haitian culture-sharing program and I’d wake up the next morning with melted bones.

A waitress then emerged from the kitchen, so it was her turn to deal with these four baffling syllables. “No, Belinda’s not in,” she immediately answered. “She’s rostered on for tomorrow morning.” Mystery solved, although things could have become even more complicated if any natives of Ankara were among us. “Bulundurun”, it turns out, is the Turkish phrase for “keep it”.

New Zealand in October decided, after three years of Jacinda Ardern’s Labour government, to bulundurun for another term. This time Ardern’s party is able to govern in its own right, so the ultra-woke Kiwi leader—now unconstrained by any coalition compromises—quickly charged ahead with the most pressing issue facing her country: the need for a symbolic climate-change gesture.

Despite New Zealand only generating 0.17 per cent or so of the world’s alleged global warming gases, Ardern prevailed upon her parliament to declare a climate emergency.

“In those cases where we do issue declarations, it is often where there is a threat to life, a threat to property, and civil defence emergencies,” she announced. “If we do not respond to climate change, we will continue to have these emergencies on our shores.” New Zealand faces no such emergencies at all, beyond the linguistic variety, but nevertheless its MPs voted to follow the pious examples of Britain and Ireland.

(By the way, why are cold places the most fearful of warming? And why, at the same time, do the residents of these places so crave some heat? The British seem to spend half their year in panic over future marginal temperature increases and the other half of the year—when coronavirus lockdowns permit—chasing Spanish and Floridian sunshine. Make up your minds, Brits.)

Ardern’s symbolic emergency call was supported by various symbolic policy aims, including making the public service carbon-neutral by 2025. You’d have thought the easiest way to do that would be to fire the public service, but no—Ardern instead wants to ditch the state’s 16,000-strong fleet of petrol-powered cars for electric alternatives.

According to one local estimate, that costly move will reduce global emissions by one sixteen thousandth of one per cent. China probably makes up for that with each trainload of Uighurs to northern concentration camps. And not every branch of New Zealand’s public service feels obliged to comply with Ardern’s battery-mobility directive. The police force, for example, announced in November that it will replace its existing petrol-powered Holdens with Czech-made petrol-powered Skodas.

Asked to explain why the police didn’t shift to saintly electric models, a spokesman explained that “limitations including power efficiency and the total cost of ownership meant they were not the preferred option”. Which is cop-talk for “we didn’t want to be out-run by criminals in thirty-year-old Ford Falcons”. Or by rapid cyclists. Or by Belinda, hurrying to arrive in time for her breakfast shift in Picton.

There is, of course, a hugely positive aspect to New Zealand’s embrace of everything fashionably Left. Ardern is something of a cult figure among leftists worldwide, who thrill to her environmental messaging and sensitive multi-culti ways. It is possible that, if they can ever get their acts together, they might all move to Jacinda’s paradise—thereby creating a leftist-free paradise for the rest of us.

They sure do talk about it a great deal. During both the 2016 and 2020 US election campaigns, stories noted surges in online American inquiries about relocating to New Zealand. A few had already moved there. To give you an idea of the quality of US immigrants New Zealand attracts, in one Wellington poll four years ago elderly socialist Bernie Sanders won fully 75 per cent of New Zealand-based US support.

That’s not exactly your top-drawer demographic. They’re basically attempting to create an antipodean version of Portland, Oregon, but with more rugby.

One reason why actual migration to New Zealand always falls short of the numbers suggested by migration inquiries may be that any online research will eventually disclose the huge volume of New Zealand escapees. Even your most idealistic Jacinda worshipper must be given pause by historic departure trends.

But Prime Minister Ardern has a solution to this little problem, as was revealed in a question from former New Zealand opposition leader Simon Bridges. “Why,” he asked parliament in 2019, “did her government do away with the statistics showing how many New Zealanders leave for Australia each year?”

Good question. Granted, it doesn’t have the mysterious power of “Bulundurun”, but at least even Australians can understand it.

The post-pandemic period ought to be a playground for free-marketeers, whose deregulatory impulses are exactly what is required for Australia’s financial recovery. Indeed, the entire pandemic ordeal ought to provide opportunity for a sweeping dismissal of economy-limiting rules.

There is every justification for such a strategy, namely the risk of decades-long debt. Australia very much needs to follow the example of Germany following the Second World War—take the economic brakes off and let the economy run wild.

Instead, we’ll likely stick with Britain’s post-war plan—keep all the existing rules and add a few more for good measure. That’s what led to Britain still enforcing meat rations in 1954, by which time Germany had essentially rebuilt itself as an economic force. Lose the war, win the peace.

By contrast, examine the way our friends on the Left use every possible circumstance to further their various causes. Last summer’s bushfires were not only a sign that Australia needed to adopt even more destructive policies to avoid climate change, but they were also a reminder, we were told, that ABC funding should be at least maintained if not hugely increased.

“Without the ABC,” the line went, “how would Australians be informed during times of disaster?” Rather easily, as it happens. I live north of Sydney, in a region where burned leaves rather than ashes fell on our homes. Yet there was no need at any time to call upon the ABC, what with the Daily Telegraph’s website (full disclosure: I’m on staff), local radio and Sky News providing abundant updates.

Besides, I’m not sure the usual ABC fare of racial hand-wringing, George Pell libels and Trump paranoia would have been much use as the flames approached.

Probably the most jarring leftist opportunism involving the bushfires was exhibited by an allegedly conservative government. Gladys Berejiklian’s New South Wales team includes several who would find themselves very much at home in the Greens, which might explain its introduction a few months ago of intrusive, expensive and excessive koala protection laws.

These laws required, among other things, costly site inspections of planned rural housing construction—even in places where new structures would replace buildings lost to the fires. Some sense eventually prevailed on the issue, but not before one hell of a brawl between Liberals and Nationals.

Almost since the pandemic began, the Left have insisted it proves the need for bigger government and greater regulation. Never mind that the biggest government of them all—China’s—unleashed the coronavirus in the first place, and then stonewalled all attempts to discover its precise nature and source.

That embrace of government was one reason why leftists around the country celebrated Victorian Labor Premier Dan Andrews’s ridiculous lockdowns—again, after big-government blunders resulted in a second COVID-19 wave. How big is Victoria’s government? So uselessly gigantic that even now nobody knows who approved the use of private security guards at coronavirus quarantine hotels.

Just a theory, but it seems a smaller, more nimble administration might have been better able to keep track of such matters. Let us now imagine the size of our governments by the time all of our pandemic-driven debt is erased.