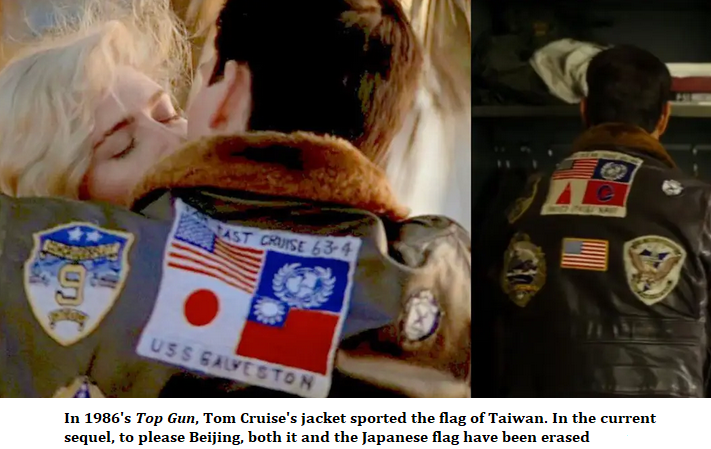 That was some presidential election. And don’t forget the primaries, where each party selected its candidate for president, or Senate or Congress, or governor, all the way down to the local dog-catcher, in full public view. Maddening and messy.

No, I’m not reflecting on Sleepy Joe and Grumpy Trump. I’m thinking of Xi Jinping, President of the People’s Republic of China. I do not know who ran against Xi for president, let alone his “primary”, or any of the other contests for positions of power in the PRC. The PRC, that pretender to the crown of leader of the world, holds nothing up to public scrutiny. As messy as the US election was, it was open, democratic and obsessively reported. Citizens had their say, and where there were disputes, the courts stood ready to apply the law, without fear or favour. Do you think any of that happens in the PRC?

Out of a war of independence and a civil war, the US built one of the world’s finest liberal democracies. On the other hand, China was built on several thousand years of internecine warfare, until after the final war, in 1949, one solitary group survived, the Chinese Communist Party, and its enforcer, the millions-strong People’s Liberation Army.

Where do young people, those not exposed to the Cold War between the West and communism, find out about the evils of Chinese communism and the system of government that rules the lives of 1.6 billion Chinese? The liberal democracies won the Cold War, briefly. Now it’s back, and this time in Australia’s backyard. China is back as if Covid never happened. The West will climb out of the Covid recession ever so slowly, weighed down by climate-change madness and identity politics—while the Chinese just roll over anyone who gets in their way.

How can we prepare an unwitting younger generation, who know everything about the minor kerfuffles of liberal democracies, and little of the enormous evils of communism? Popular entertainment is one way, especially for a generation used to getting its views from television screens. House of Cards and The West Wing were brilliant drama series that took the viewer deep into the darker recesses of liberal democracy. In House of Cards, a post-Margaret Thatcher Conservative Prime Minister, Francis Urquhart, throws a journalist from a balcony to her death. The original television series first screened in 1990, at the end of the Cold War. In The West Wing President Jed Bartlet is a Democrat (of course) trying to save the world, messy but heroic. The television series first screened in 1999, when the Cold War was fading into the mists of time. And Australia has screened some of its own entertaining political dramas, Secret City, Total Control and the more humorous Party Tricks.

As entertaining as these dramas were, they probably created unease about democracy in the minds of young people. Popular drama makes it look as though democracies are pretty bad. And if your university lecturer feeds you nothing more than postmodern bile, you could be forgiven for thinking that democracy is indeed bad.

Unless, of course, you know different. Unless you know how shocking communist systems were. There, throwing someone off a balcony is not a film-maker’s fantasy, it is the reality.

I have little faith that Hollywood will play a role in defence of democracy or lift the lid on communism. Hollywood looks as craven as ever. The report Made in Hollywood, Censored by Beijing, published by the think-tank Pen America, observes that Hollywood studios compete in China for a limited number of slots for foreign movies. “Getting into the quota, you don’t have a lot of control over that process. But you can cut out anything that would jeopardize your chances of being on the list.” Hollywood will wilt if Chinese money comes in the door, just as it wilted instead of protecting women actors against lecherous Hollywood moguls.

The difference in the new Cold War is that the institutions most susceptible to infiltration in the last war have succumbed to anti-liberal sentiment and, as a consequence, those too young to know better do not realise that the alternative to their messy liberal democracy is deadly communism.

So, film-makers of Australia, and the West, where are your creative geniuses? Turn your minds to drama and start talking to money interests about making television series to show the popular audience what the alternative is like—let’s call them House of Mahjong and East Wing.

Lyn Wesley is an Australian researcher and writer