Of Peas and Lefty Cues 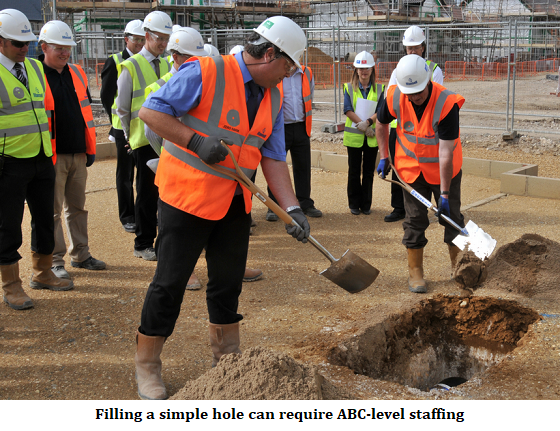 I’ve taken up gardening. Well, that isn’t entirely true. What I’ve actually taken up is watering.

A friend who is gifted in the horticultural arts dropped by a few weeks ago and expertly converted a section of backyard into a very promising and varied vegetable patch. I offered to help but he waved me away, correctly assuming that any assistance on my part would only have slowed down the process.

Within just a few hours he was done, this talented tiller. Then he quickly ran through my responsibilities as a waterer and went happily on his way. So, when asked what course of personal development I embarked upon during the corona­virus pandemic, my immediate reply is and always will be: “I taught myself how to point a hose at plants.”

This brings me great pride, because it is possibly the least anyone has done at all during lockdowns and other restrictions. Some folk have trained themselves in new languages. Some have become skilled in embroidery and such. I’ve watched someone put seedlings in dirt and then sprayed water at them.

But again, even my watering claim is not completely true. After a week or so of dutiful hosing, frequent late October rains relieved me of that slight burden. So I fell to looking up important garden information on YouTube, such as what on earth was growing in this little patch of mine. Apparently the tiny flowers now appearing on several plants are future tomatoes, chillies and possibly a type of cucumber.

Learning. I has done it.

Searching for gardening know-how on YouTube has now skewed my YouTube algorithm, which notes previous searches and thereafter offers videos presenting similar content. Of an evening, I’ll often allow the algorithm to provide my night’s entertainment (unless, of course, owls are on a possum annihilation mission in the trees behind the house—that show never gets old).

Typically, YouTube might throw at me hours of cricket, politics, terrible music from the 1970s and 1980s and clips of remarkably patient people restoring elderly cars. Plus southern barbecue (my one other area of pandemic knowledge acquisition) and highlights from past Crufts dog shows.

To this regular programming are now added gardeners—often British, for some reason—telling me I’m doing the radishes all wrong and that holes in arugula leaves are evidence of personal moral failure. The horticultural world is cruel and judgmental.

Sometimes, however, YouTube will suggest wholly unexpected content. A few nights ago, mistaking me for someone of advanced numeracy, it challenged me to solve this mathematical quiz:

Alice and Bob can complete a job in two hours.

Alice and Charlie can complete the same job in three hours.

Bob and Charlie can complete the same job in four hours.

How long will the job take if Alice, Bob and Charlie work together?

In this equation, I am obviously slow-moving Charlie—he seems to be the liability in any pairing—and my garden-building mate is speedy Alice. Beyond that, the question had me stumped, obviously, so I watched the rest of the video to get an answer. I won’t give that away in case any Quadrant readers wish to take the test themselves, but let’s just say the job takes less time with three people working on it than it does for any of the two-person combinations.

Clearly, this quiz was a strictly mathematical exercise that allowed for no human variables, such as Charlie sneaking vodka into the work area, Bob losing half a shift because he said something to Alice and ended up in a sexual harassment tribunal or all three of them being mistaken for Uyghurs and getting abducted by Chinese authorities.

It simply assumes a set task will be completed more rapidly if a greater number of people are assigned to it. Logically, this is sound. But in reality, unless the task is digging ditches, loading bricks or rounding up stray Uyghurs, it often doesn’t work that way.

Look at the Victorian government’s performance during the pandemic. So many Bobs, Alices and absolute Charlies were involved in the decision to use private security guards to enforce quarantine compliance at hotels housing those who had flown into Melbourne that nobody knew whose decision it actually was.

The then-Health Minister Jenny Mikakos told an inquiry into the debacle she didn’t know private security was even being used in the hotel quarantine program until the program had been under way for a full two months. Her fellow ministers Martin Pakula and Lisa Neville also didn’t know whose idea it was. And the Premier himself, Dictator Daniel Andrews, was likewise clueless.

In that horrific case, many hands didn’t make light work. They made the light fade for hundreds of now-dead mostly elderly Victorians.

The grotesquely overstaffed ABC is another example of more generating less. During the late 1990s, I for some months co-hosted a weekly Radio National program alongside my friend Imre Salusinszky. One morning at the ABC’s Ultimo headquarters, preparing for that night’s show, I remembered a previously-broadcast ABC radio segment that would be ideal for a piece we were working on.

So I wandered over to the audio library to ask if the segment could please be located. A bored staffer sitting next to a noticeboard decorated with union meeting schedules took down all the details she needed, then put those details on top of a pile of similar forms. Not a problem, she said. Come back in a few days—to collect a clip we needed that night.

This brought to mind the great Ronald Reagan’s favourite gag about history’s greatest example of more equals less: the Soviet Union. A man stands in a line to buy a car. He eventually presents his money. The official in charge informs him: “Come back in ten years to pick it up.” The buyer asks: “Morning or afternoon?”

“Does it really matter?” asks the official. “Yes,” the man replies. “The plumber is coming in the morning.”

Let the efficient and the able get on with their work. The rest of us contribute most when we interfere least.

LOOKING back, the Left’s loathing of President George W. Bush was almost quaint compared to its extreme hatred of Donald Trump. This does not bode well for any Republican taking over in 2024 from Joe Biden—or, more likely, from his vice-president Kamala Harris.

Perhaps social media, that perfectly-designed supercharger of conflict, had yet to take full control of its victims (for victims they are) during Bush’s reign. Social media works in the manner of the parasitic zombie fungus Ophiocordyceps unilateralis, which invades the bodies of ants before directing them to do the fungus’s bidding.

And then it kills them. In any case, many of the Left’s Trump themes were present in the Bush years, from 2000 to 2008, but in a far less hateful and unbalanced form.

Bush was often described as a Hitler figure, of course, because that’s the standard leftist starting point with all opponents. He was depicted simultaneously as an idiot and an evil genius. And he was accused of stealing the 2000 election, but not by any fanciful Russian-assisted means. It was a simpler time twenty years ago, so Bush apparently stole that election by using old-fashioned family connections and corrupt conservative allies.

It was fun, back in the day, to ask leftists opposed to wars in Afghanistan and Iraq what they would have done if they were president on September 11, 2001. Most responses began along these lines: “Well, what I wouldn’t do is …”

Insert any of the following: “alienate global opinion”, “ignite the Arab street”, “destroy American prestige” and so on. At which point one might gently interrupt and remind them the question didn’t ask what you wouldn’t do. Most fell awkwardly silent. Not all of them, though. One leftist, a friend of a friend, answered: “I’d do nothing.”

I’m not sure what happened to that fellow, but by the looks of it he’s been in charge ever since of global left-wing terrorism responses.

I played a similar game with a few left-leaning mates during the weeks before the US election in November. I’d just ask what they found so very objectionable about Donald Trump. Replies usually involved broad slurs. He’s racist, sexist, homophobic and hates Muslims. Asked to identify specific policies of Trump’s presidency and their outcomes with which they disagreed, however, again my leftist pals went curiously quiet.

As this is written, it is one week after the election and Trump—although still contesting the results in several states—appears done for. But the election did turn up some impressive statistics. Trump significantly increased the Republican vote among blacks and Hispanics. He doubled the gay vote he’d won in 2016. Trump’s Islamic vote was greater by percentage than his Jewish vote. And his largest support group in percentage terms was married women.

People tend not to vote for candidates they know to despise them. Trump lost the election, but his haters long ago lost the ability to discern the truth from a welter of media-generated myths.

The Cardinal Rule of Port-Canted Justice