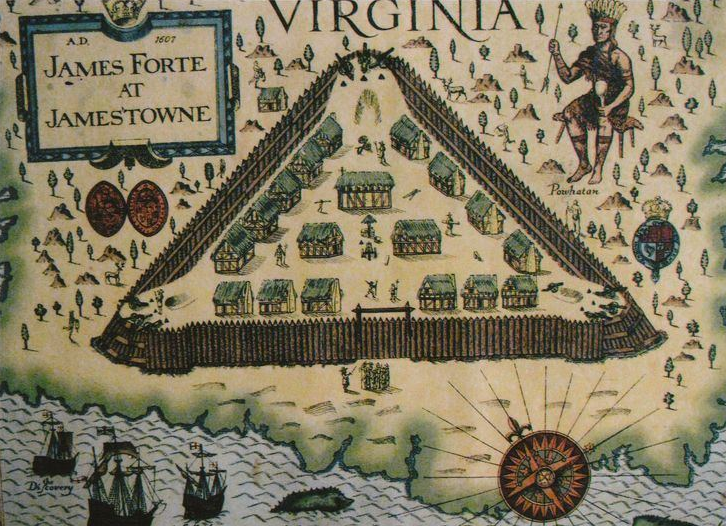 The New York Times is right: the United States was born in slavery in 1619. At least, its America was. Of course, the genteel America of mannered New York society that has formed the core readership of the New York Times since its inception never owned slaves themselves. They merely lived off the proceeds of slavery while disparaging the Deplorables who did the dirty work of cruelty and oppression on the cotton plantations of the deep South. The New Yorkers were the bankers, the brokers, the jobbers, the lawyers, the accountants, the insurers—in short, the money-men of the slave economy. They opposed slavery while appropriating its profits.

The 1619 Project, placing “the consequences of slavery and the contributions of black Americans at the very center of [America’s] national narrative”, is the signature initiative of today’s New York Times. Launched with the August 18, 2019, issue of the New York Times Magazine, the 1619 Project commemorates 400 years of slavery in America, dating from the transport of the first African slaves to the English colony at Jamestown, Virginia. The conceit of the project is that “out of slavery—and the anti-black racism it required—grew nearly everything that has truly made America exceptional”. At least they left it at “nearly”.

Faithful to its subscribers (and its advertisers), the 100-page special issue of the magazine manages to mention various forms of the word “bank” fifty-six times without naming any banks that happen to be based in New York. Well, that’s not quite true. It does mention an African-American “former financial adviser at Morgan Stanley [who] chose to leave a successful career in finance to take his rightful place as a fifth-generation farmer”. How inspiring! Never mind the Pulitzer Prizes; Hollywood is on the line.

Of course, the 1619 Project did win a Pulitzer Prize for its director, Nikole Hannah-Jones. And truth be told, the individual essays that make up the special issue are pretty good. The National Association of Scholars has harped on a half-dozen or so mostly minor historical inaccuracies, but the sins of the 1619 Project are much more sins of omission than commission. There really is a straight line from the birth of the Southern slavocracy at Jamestown to the United States Constitution, the Civil War, Jim Crow, and Black Lives Matter. An America without African-Americans wouldn’t be the United States we know today. In fact, it might look a lot more like … Australia.

But the aristocratic Jamestown colony of the Virginia Company, founded in 1607 and focused on cash crops, was only one of three early settlements of what would become the United States. The second was New Amsterdam, founded as a trading colony in 1614, with the first permanent settlement on Manhattan island established in 1624. While the Virginia planters populated their baronial manors with African slaves, the Dutch patroons of the Hudson valley left their massive estates largely untilled, since they were unable to attract free farmers from the Old World to become feudal tenants in the New.

The third major settlement of what was to become the United States began as an accident. The 101 settlers and fifty or so crew of the Mayflower left the port of Plymouth in Devon on September 16, 1620, bound for the Virginia colony. They had a charter from the Company of Merchant Adventurers to settle there to trade, traffic, truck, work and fish—but mainly to trade, for beaver pelts. The passengers on the Mayflower included fifty-one Puritan separatists (children included) seeking religious autonomy from the established churches of Europe, their thirteen young indentured servants (one only four years old), thirty-one other colonists whom we might today call “economic migrants”, and six of their own servants. One more economic migrant was born en route. His parents named him “Oceanus”.

The proud father, Stephen Hopkins, had abandoned his first wife (along with three children) eleven years earlier to join the colony at Jamestown, then been shipwrecked on Bermuda, convicted of mutiny, sentenced to death, and pardoned in the nick of time. He finally made it to Jamestown in 1610 during a period not-so-euphemistically called the “starving time”. In 1614 he received a letter informing him that his wife had died, leaving his three children orphans. He returned to England, remarried, and signed his new wife, two surviving children, and two servants up for second trip to America. They all seem to have prospered, even the servants, who themselves went down in history for fighting the first duel in Massachusetts. Both were wounded, then punished by being tied together hand-and-foot to learn a little brotherly love. The rascally Hopkins had a sense of humour, that’s for sure.

The dour Puritans did not. Pressed for creativity, they named the first child born in the new colony “Peregrine”, from the Latin for “pilgrim”. (His older brother, born in England before the colonists set sail, was named “Resolved”.) Peregrine White was born shipboard on November 20, 1620, while the Mayflower was at anchor in a cove at the tip of Cape Cod. The next day, the Puritan pilgrims and their more worldly companions met to decide their collective future. They knew they weren’t in Virginia, and that it would be suicide to try to sail there so late in the year. It was very nearly suicide staying where they were: forty-five of the settlers (and an unrecorded number of the ship’s crew) would die that winter from hunger and disease.

The colonists were in a bind. They were alone on a sandy shore, with no government or civil authority to direct their actions, and no authority from anyone to be where they were. Perhaps inspired by little five-year-old Resolved White, they resolved to stay put, appoint their own leaders and govern themselves. On November 21 they (or at least the forty-one adult men among them) signed the Mayflower Compact to “covenant and combine ourselves together into a civil Body Politick, for our better Ordering and Preservation”. They started scouting for a harbour with fresh water where they could settle down, and a month later found one at a place they decided to call … Plymouth.

Thus December 21, 1620, marked the third and most consequential founding of what would come to be the United States of America. The Manhattan Dutch would ultimately fade into wealthy obscurity, giving the country two presidents Roosevelt but providing little of its forward momentum. The Virginia slavocracy would have a more lasting influence, but ultimately be suppressed in the bloody Civil War of 1861 to 1865. The Pilgrim Fathers of Plymouth may have had as little imagination as they did humour, but they were hardy, industrious and compassionate. When they first encountered abandoned Native American villages, they thanked God for providing caches of corn and beans to sustain them through that first lean winter. When they later encountered the Native Americans who had abandoned those villages, sick from smallpox and other European diseases introduced over the previous century by visiting fishermen,

seeing their woefull and sadd condition, and hearing their pitifull cries and lamentations, they had compastion of them, dayly fetched them wood and water, and made them fires, gott them victualls whilst they lived, and buried them when they dyed.

For the Plymouth Puritans, Christian charity trumped language, race and even religion. They were no mere Christmas-and-Easter Christians. They took their religion so seriously that they chose to expose their children to the perils of a wilderness struggle for survival rather than take the chance that they would grow up to join the Church of England—and risk losing their immortal souls. Their descendants would refuse to ratify the United States Constitution until their religious liberties were secured. At their insistence, the first provision of the first amendment to the Constitution ensures that “Congress shall make no law respecting an establishment of religion, or prohibiting the free exercise thereof”.

If the Constitution and the devil’s bargains behind it were the legacy of 1619, the Bill of Rights and the fundamental freedoms that form the core of American self-understanding are the legacy of 1620. The New York Times isn’t wrong to argue that a certain strand of American history began at Jamestown in 1619. But that strand was decisively defeated in 1865, and has lived on only as a sad and ever-attenuated legacy. It was the idealistic Puritan strand that settled the west, fought two world wars, and went to the moon. If black lives matter in America today, it is because of 1620. Four centuries later, the Mayflower Compact still binds the American “Body Politick”, and though it may not be as civil as one might hope, it is more solid than the New York Times (or anyone else who follows American politics) seems to realise.

Western Civilisation — Western Sydney, That Is