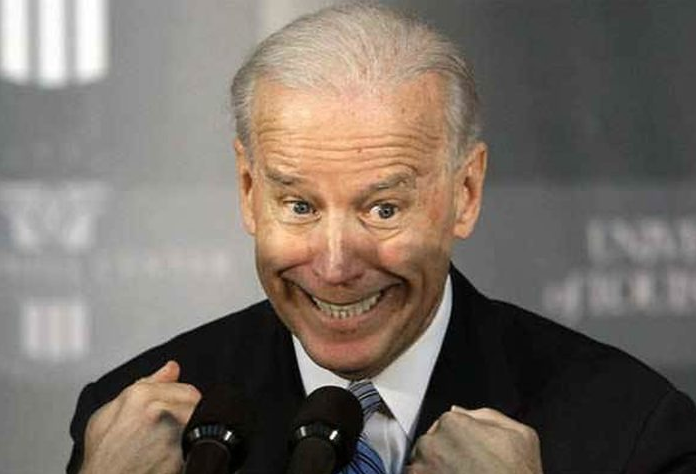 When Sir John Harington, Elizabeth the First’s godson and the inventor of the first water-closet, coined the epigram:

Treason doth never prosper. What’s the reason?
Why, if it prosper, none dare call it treason

he wasn’t thinking of an open campaign to overthrow the monarch in full view of the general public. Assassinations may succeed in that way, but successful treason requires a degree of secrecy and the hidden complicity of powerful people. A treasonous plot that hits the front pages in mid-conspiracy would surely doom the conspirators and strengthen the monarch’s hold on power. Or so common sense would suggest.

But one of the many odd and unprecedented aspects of the US presidential election campaign now in its final stages is that both accusations of treason and clear proofs of treason are publicly presented daily without the mainstream media giving them much coverage nor the voters seeming to be much interested in them. At any rate, that’s the state of affairs with three weeks to go before election day. Perhaps there will be more (and more shocking) evidence of treason(s) between now and then. For the moment, however, treason hasn’t succeeded, but it is undoubtedly prospering.

There’s a complication here, as you guessed. Above I referred both to accusations of treason and proofs of treason, but these terms don’t refer to the same treasonable acts. The original accusations of treason were allegations that President Trump had colluded with the Russians to obtain their help in winning the 2016 election. That accusation began before the election, continued after the election, was echoed by mainstream media which broke story after story supposedly confirming it, won its first victim with the resignation of Trump’s security adviser, General Flynn, in the administration’s first days, forced the appointment of a time-wasting special prosecutor into the claims of “collusion”, and swelled into a vast cloud of calumny and suspicion.

And the allegation was false. Worse, it never passed the smell test as I argued in the January 28, 2017, issue of National Review .  The most recent twist in the Russiagate saga was the publication of an official US intelligence document that shows the belief of Russian intelligence agencies that Hillary Clinton’s campaign had fabricated the accusation in order to distract attention from her own scandal: maintaining a private email server on which she conducted secret official business against the government’s rules and despite its vulnerability to hackers and snoopers. That false accusation was repeated and amplified by the Democrats, US intelligence agencies, and the media in a campaign to hobble and undermine candidate and President Trump. Over the next four years it was spread by means of abuses of power, the destruction of the reputations of innocent people, wholesale lying and perjury, entrapment of senior officials, corruption, and potentially serious crimes. Proofs of these treasons, committed in order to fabricate a false treason, have been cascading into the public domain via congressional reports and court cases. And there is surprisingly little public reaction or any movement in the polls responding to it. The pre-election mood seems to be one of public weariness with these proofs.

Will that persist after the election? Much will depend on who wins, of course, but not everything. If some voters are pulling the Biden lever to get the entire embarrassing scandal behind them and “move on”, they are bound to be disappointed—whoever wins.

If Trump survives against the odds into a second term, he will want the satisfaction of seeing his innocence of the collusion charges clearly established. That’s understandable, and he probably won’t need new executive orders or anything that looks “authoritarian” to achieve it. The Justice Department, which reports ultimately to him, would be able to draw on the substantial evidence already collected by the Durham report, congressional investigations, and the work of the minority of reporters and analysts (Catherine Herridge, Andy McCarthy, Byron York, John Solomon) who have already torn apart the “collusion” narrative. Trump himself would have the moral momentum of his unexpected victory to energise the exposure of the cover-up. Whistleblowers—this time on Trump’s side—would be encouraged by it to emerge from inside the whale. All these things would provide a basis for launching prosecutions of those who have committed crimes. More important, however, a “counter-narrative” of the Russiagate plot would gradually replace the mainstream media’s current narrative.

Democrats would fight this every inch of the way because the stakes of any serious investigation of the plot against Trump are enormous for them. They include the destruction of the legacies and reputations of the last two Democrat presidents (Clinton and Obama), and possible jail terms for their subordinates and allies from presidential aide Susan Rice to former FBI director James Comey. It would be the mother-in-law of all Capitol Hill battles.

Provided that the GOP retained control of the Senate, however, Trump would win that battle. It would hardly be possible, moreover, for the mainstream media to dismiss the sentencing of the former heads of the CIA and FBI to prison terms as “nothing to see here, folks”. The final unravelling of the plot would be an even bigger version of Watergate, and the Trump Republicans would emerge from it as the new American majority party.

For exactly those reasons, however, if the GOP were to lose control of the Senate, especially by a large margin, the Democrats would move aggressively to impeach and expel the President. House Speaker Nancy Pelosi has already set the preparations in motion, and she would face huge pressure from her party to get rid of Trump before he destroyed its future prospects. She might well launch impeachment proceedings even if the Senate were still in GOP hands. It would appease the angry woke base of younger Democrats in the country, continue the campaign to delegitimise Trump, and lay down a smokescreen to obscure the revelations of Democrat perfidy in court. That said, there is at least some hope that the political battle could be confined to within the traditional understanding of what victors are allowed to do to losers in democratic politics.

Suppose, however, that as now seems likely, Trump loses the election, again perhaps resoundingly. I think we would then be living in uncharted territory relying on maps inscribed with “Here be Lions” at irregular intervals. The Democrats’ first step might even be to impeach Trump during the transition period between administrations in order to ram home the “illegitimacy” message and cripple his ability to make any further revelations or issue pardons while in office. Promises and hints of ending the Senate filibuster and “packing” the Supreme Court all suggest a willingness to go down such roads. Once a Biden administration was installed, its younger “woke” (and, remember, well-educated) supporters, now appointed to senior positions in the Justice Department and other agencies, would be pressing the remaining “moderates” around the president to halt any Russiagate prosecutions, cancel any investigations likely to embarrass Clinton or Obama administration personnel, and perhaps block presidential pardons of, for instance, General Flynn or Paul Manafort. They would be supported in the main by the media, Hollywood, academia, and crucially by Big Tech which has already stated that it would censor opinions, reports or postings on a variety of pretexts.

As the Transition Integrity Project has helpfully pointed out, moreover, there would likely be continuing street protests and civil disturbances even while an election outcome was still uncertain. Cities governed by Democrats have already signalled a willingness to tolerate serious levels of political violence and destruction of property in order to advance their political agendas. Why would the Left’s various street activists pack up their tents and go home if they thought that a continued threat of violence might push the new administration in a more progressive direction more quickly? We might see armed and violent “Bidenvilles” or “Portlands” spread across progressive America pour encourager les Girondins. Much would then depend on whether Biden had the soul of a tough moderate Democrat inside his “good ol’ Joe” electoral persona or whether he was a Kerensky yielding by degrees to the unrelenting pressure from his Left. Whichever role he adopted, he might not be there to sustain it long. And it is hard to imagine that a President Harris would fight against a rising Left supported by a woke establishment on behalf of Middle America.

That’s especially important because the defeated Republicans would not be quiescent in this time—and Russiagate is the reason. Many establishment and moderate Republicans are already signalling that they would like to see their party play down the narrative of “plots” against the President on various grounds: they’re inflammatory, a distraction from more potent electoral issues, and they alienate, alarm or bore the majority of voters. But even if those things were true—and some at least are questionable—two important conservative groups cling to them with passion and determination: the President himself and those conservative voters who genuinely feel that a serious act of injustice has been perpetrated on Trump, by extension on themselves, and on the body of democracy as well. They contend, not without justification, that the allegations of treasonable Trump-Russia collusion were in effect an anti-democratic coup that succeeded; that this success ensured that there never was a real Trump administration; that the crimes involved in this coup have never been honestly admitted nor their authors punished in any way; and that a new Democrat administration cannot be allowed to cover up the cover-up and continue on its mendacious way. They are comparable to the Dreyfusards in pre-1914 France—people indignant about what they feel is a massive historical injustice. There are a lot of these people; they feel these things deeply; and they’re not going away quietly.

Between them and the alliance of street radicals and woke intelligentsia on the Democratic side of the barricades, America is not going to get the return to normalcy that many Americans will be voting for.

A vote for a quiet life has to be unanimous.

Vladimir Bukovsky: The Dissident Who Won