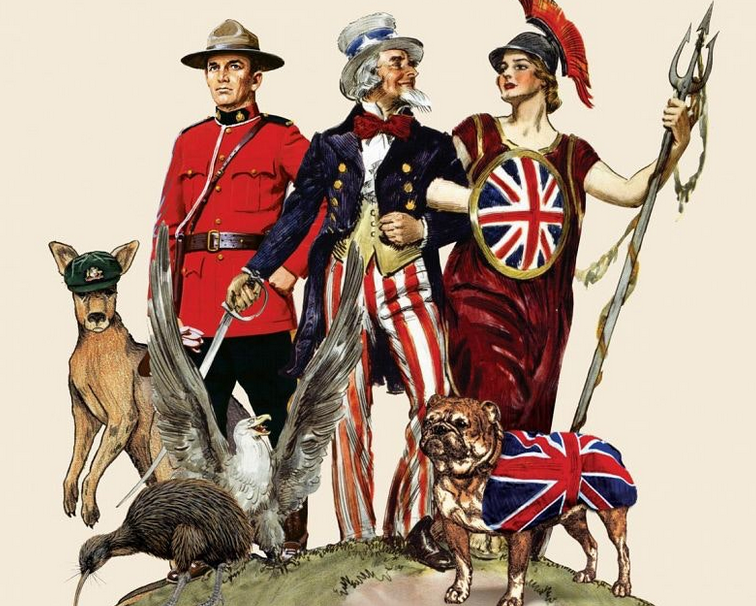 In September’s edition of Quadrant we publish an important article by Ted O’Brien, the LNP member for Fairfax in the House of Representatives. It is important because, from an uncommon position that deserves to be better known, it raises issues about foreign policy, strategic thinking and the challenges Australia now faces in the world. O’Brien argues that the starting point to addressing the strategic problems of the emergence of China as a major and potentially belligerent power is to first ensure we have a very clear understanding of ourselves. “A nation’s foreign policy,” he states, “should be an outward expression of its values: a reflection of its people, who they are and what they believe in.”

This is a position that was argued with much insight by the late, great American political analyst Samuel Huntington. Although he became best known in the 1990s for his prophetic thesis about the “clash of civilisations” in the post-Cold War era, Huntington wrote an even more important book in 2004 about American national identity, Who Are We? which I have argued before in this space deserves to be better known in Australia, and should inform any debate on national strategic thinking. What makes the latter book more important is not so much its main conclusion, which I think needs some modification, but the firm grasp Huntington has on the slippery concepts of national culture and national identity.

National interests, he argues, derive from national identity. We have to know who we are before we can know what our interests are. Hence, if Americans define their identity as primarily a collection of cultural and ethnic entities, their national interest is in the promotion of those goals and entities, and their nation should have a multicultural foreign policy. But if American identity is defined by a set of universal principles of liberty and democracy, then the promotion of those principles in other countries should be the primary goal. On the other hand, if the United States is primarily defined by its European cultural heritage as a Western nation, then it should direct its attention to strengthening its ties with Western Europe. If, however, the United States is “exceptional”, as Huntington says it is, the rationale for promoting human rights and democracy elsewhere disappears. Other definitions of national identity generate different national interests and policy priorities. In short, conflicts over what America should do abroad, Huntington argues, are rooted in conflicts over who Americans think they are at home.

So how does he define the identity of the United States today? He argues its origins as an Anglo-Protestant settler society have profoundly and lastingly shaped American culture, institutions, historical development and identity. America is not an immigrant society or a multicultural society, he says, nor is it a melting pot or a salad of ethnicities in which the flavours of many nations merge. To describe America as a “nation of immigrants”, he insists, is to stretch a partial truth into a misleading falsehood and to ignore the central fact of America’s beginning as a society of settlers.

America’s core culture, Huntington argues, remains primarily the culture of the seventeenth- and eighteenth-century settlers who founded American society. The central elements of that culture include the Christian religion, Protestant values, morals and work ethic, the English language, British traditions of law, justice and the limits of government power, and a legacy of European art, literature, philosophy and music. Out of this culture, the settlers developed in the eighteenth and nineteenth centuries the American Creed with its principles of liberty, equality, individualism, representative government and private property. Subsequent generations of immigrants were assimilated into the culture of the founding settlers and contributed to and modified it. But they did not change it fundamentally. This was partly because they did not have the numbers. Between 1820 and 2000, at any one time the foreign-born averaged only slightly over 10 per cent of the American population. Each new immigrant wave was a minority group facing an already Americanised majority. But the primary reason was that immigrants did not want America to change. Until the late twentieth century, it was Anglo-Protestant culture, and the political liberties and economic opportunities it produced, that constituted their main attraction.

His identification of a core culture of this kind would, you might think, predispose Huntington to look favourably on a special relationship between America and Britain and perhaps even on the notion of a wider Anglosphere. But that is not the case. Instead, he wants Americans to re-focus their national identity and national purposes in their culture and religion. He wants to reinstate American nationalism and the notion of American exceptionalism. A national approach, he says, would recognise and accept what distinguishes the United States from other societies. America cannot become the world and still be America. America is different, and that difference is defined in large part by its Anglo-Protestant culture and its religiosity. The alternative to multiculturalism and other pressures, such as the looming demographic dominance of Hispanics in the United States, is an American nationalism devoted to the preservation and enhancement of those qualities that have defined the country since its founding.

Huntington especially emphasises the religious basis of American culture, a fact which, he observes, often surprises people from other nominally Christian countries:

Americans are overwhelmingly Christian, which distinguishes them from most non-Western peoples. Their religiosity leads Americans to see the world in terms of good and evil to a much greater extent than others do. The leaders of other societies often find this religiosity not only extraordinary but also exasperating for the deep moralism it engenders in the consideration of political, economic, and social issues.

The deep moralism of evangelical Anglo-Protestantism, he argues, still underpins almost every aspect of politics, from national identity and foreign policy, to the American work ethic and social welfare policy. He cites favourably the observation by the historian Martin Marty, that America was from the beginning an “evangelical empire”.

Now, I do not want to disagree with Huntington’s characterisation of American culture and identity. However, the phenomenon is not as exclusively American as he thinks. In fact, rather than American exceptionalism, it is not hard to show he is describing the culture that underpins Britain itself and most of the societies formed by the English-speaking peoples around the world in the past two or three centuries, in particular the settler societies of North America and the Pacific, including of course Australia.

To make this case convincingly, I’d need to write a whole book, but for now let me offer a small selection of published works that support Huntington’s founder-effect model of the pre-eminence of an original Anglo-Protestant cultural identity, not only in the United States but throughout the English-speaking world.

One of the most impressive is by Australia’s Claudio Veliz, The New World of the Gothic Fox (1994). This is a comparative historical study of North and South America, which offers an explanation of why the former is politically stable and prosperous, and why the latter (in fact, almost the whole of Latin America), has long been the opposite in both categories. David Landes’s The Wealth and Poverty of Nations (1998) showed that English Protestant values of individualism, political and economic freedom, a strong civil society and the cultivation of science and learning were what made the difference between economic poverty and prosperity and between political liberty and despotism.

The doyen of authors on this topic is actually Winston Churchill, who published his four-volume series, The History of the English-Speaking Peoples, in the 1950s, taking his story up to 1901. Churchill has an excellent successor in Andrew Roberts, who in 2006 wrote The History of the English-Speaking Peoples since 1900, an exhilarating read that continues the argument.

Eventually, Roberts says, just as historians now see no fundamental discontinuity between the republican and imperial eras of the Roman Empire, they will not see a great distinction between the British Empire-led and the American republican-led periods of English-speaking dominance of the world between the eighteenth and twenty-first centuries.

World hegemony, however, has many costs. Like the Romans, the English-speaking peoples would be envied and hated by others. They would sometimes find, Roberts argues, that the greatest danger to their continued imperium came not from their declared enemies without, but from vociferous critics within. One of the constants of their common culture’s freedom of expression has been its propensity to harbour a degree of internal censure that among many other peoples would probably prove fatal.

It is no secret that the most virulent criticisms of America and Americans come from Americans themselves, a phenomenon echoed widely today in Australia. Self-hatred, often through moralistic guilt over their supposed materialism and obsession with money, Roberts demonstrates, is an abiding defect. The logic of this position is that, whatever ambitions China might now have about its place in the world, the greatest threat to the civilisation built by the English-speaking peoples is not abroad but at home.