From Tragedy to Farce at Sydney University 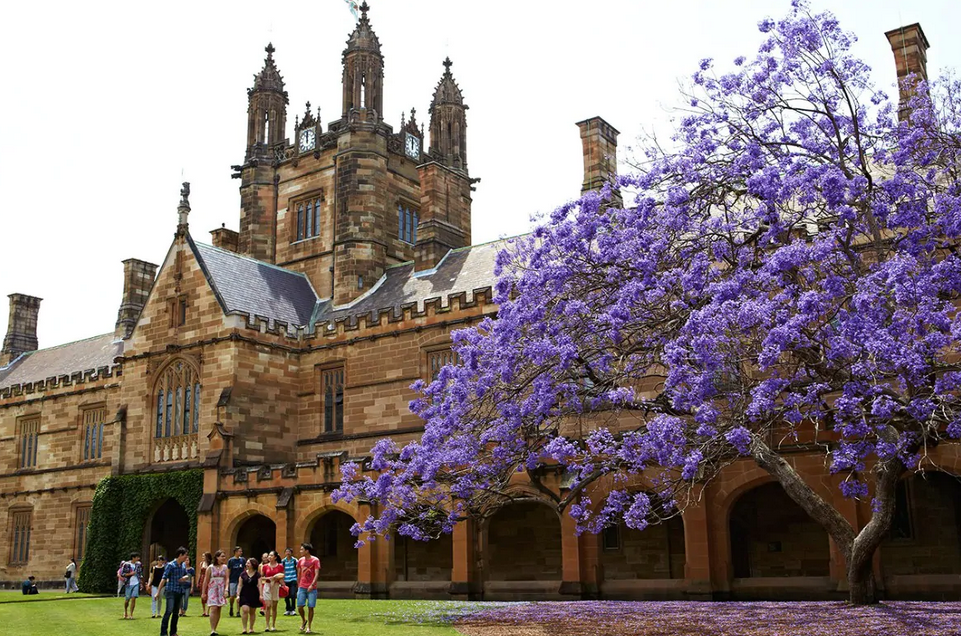 For many years now, Quadrant has been describing the tragic decline of Australian universities and their replacement of traditional standards of scholarship with blatant leftist political ideology. In the past twelve months, however, tragedy has turned into farce. In particular, the story of what is now happening at the University of Sydney is enough to make graduates of that once venerable institution laugh or cry, or both.

Things started to go downhill fast in March this year when the University of Sydney appointed Mark Scott as vice-chancellor. Scott had no previous experience as an academic teacher and no research degrees. He usually calls himself “a manager” who claims he can run any organisation along corporate lines. That was what he said when the board of the ABC, on which I sat from 2006 to 2011, employed him as managing director and editor-in-chief. Despite promises that he would pursue greater diversity in the political views of staff appointments—he named Media Watch as one of the first programs he would reform—he failed to stem the rush of leftist staff appointments. As a result, the ABC went from bad to worse. On his watch, the long-term process of leftist staff capture of the corporation accelerated, giving them the almost complete control they enjoy today.

The prospect of Scott managing a university on business principles will not last long. In fact, the first six months since his appointment was announced has seen a series of embarrassments for the university that have received rolling coverage in university publications, especially the student newspaper Honi Soit, and the newsletter of the Faculty of Arts and Social Sciences, FASS News, which as an alumnus I receive regularly by email. The mainstream media have largely ignored this story, so let me tell it here.

Scott’s predecessor as vice-chancellor was Stephen Garton, who stood in for a few months between the departure of the long-standing vice-chancellor Michael Spence and Scott’s arrival in July this year. Garton used his short time in the job to nominate one his favourites, Annamarie Jagose, to his own former position as Deputy Vice-Chancellor and Provost. Garton had done the same in 2017 when he appointed Jagose to succeed himself as Dean of Arts. It is hard to understand what Garton, who trained as a traditional historian, sees in Jagose. FASS News describes her qualifications as follows:

Annamarie Jagose is internationally known as a scholar in feminist studies, lesbian/gay studies and queer theory. She is the author of four monographs, most recently Orgasmology, which takes orgasm as its scholarly object in order to think queerly about questions of politics and pleasure; practice and subjectivity; agency and ethics.

Jagose was promoted to Dean of Arts following a stint in the university’s course in media studies, which attracts students who hope they will qualify as journalists but who discover after enrolment that their studies are dominated by radical theory rather than industry practice. It hardly needs saying that Jagose’s specialties in queer theory and cultural studies have no connection to traditional Western academic or vocational disciplines. It is a recently concocted ideology from identity politics. Among her research grants is one to study “Real sex in the cinema”, what most of us would call pornography.

This is the expertise of the person Mark Scott elevated to the university’s hierarchy. However, she has already embroiled him in two controversies that have generated unpleasant clashes with both students and staff.

The first issue centres on complaints by casual academic staff, those who teach students in tutorials and do occasional lecturing, that they were being underpaid. This was an academic union demand at Sydney that matched an existing claim of $16 million at the University of Melbourne. Last June, Garton, while still vice-chancellor, together with Jagose, then still the Dean of Arts, met a delegation of casual staff who accused the university of “wage theft” and unfair working conditions. The National Tertiary Education Union produced a survey of casuals that found 90 per cent had performed unpaid work in the second semester of the previous year. Garton and Jagose rejected the demand on largely semantic grounds about the meaning of “theft” and on their interpretation of the casuals’ enterprise agreement.

Students and permanent staff who had been allowed to attend the meeting in solidarity with casual staff were furious. They pointed out that the previous year the university had enjoyed a surplus of $106 million. Honi Soit reported the sequel: “Students confronted Garton and Jagose outside Taste Cafe, where the pair continued to evade questions, leaving when students started chanting: 1, 2, 3—F**k the VC!”

The second problematic issue is also about finances. In April, Jagose had drawn up an austerity plan for her faculty as part of overall university restructuring. She proposed saving $3.6 million a year by closing down courses and departments where enrolments were declining, and sacking their full-time and casual staff members. This included disbanding the School of Literature, Art and Media, the Department of Theatre and Performing Studies, and the Department of Studies in Religion. Students in these courses published an Open Letter in protest, signed by 200.

This generated a demonstration, complete with placards and loudspeakers, in the university quadrangle. Conspicuous by their presence was almost the entire body of students from the Gender and Cultural Studies departments, that is, students taking courses that Jagose herself had previously celebrated. They were particularly affronted by Jagose’s dismissal of their concerns. She actually claimed in FASS News that she was the one who was the victim in all of this. Some protesting students had chanted with her first name: “Annamarie get out. We know what you’re all about”. Jagose compared this “insinuatingly gendered recourse to my first name only” to the treatment of the alleged rape victim Brittany Higgins, who Scott Morrison once called “Brittany” in a public speech. Jagose made the most of this in her own defence: “The authority of the public man is augmented by referring to him via his patronymic surname; the authority of the public woman is undermined by the familiar claim to her personal name.”

However, the protesters were not amused by her pose as victim while she closed down departments, sacked staff and dismissed the claims of her university’s casual workers:

As members of Gender and Cultural Studies, we are well-positioned to identify this attack on women, queer people, and people of colour for what it is. To borrow a line from your message, you don’t have to be much of a queer theory maven to understand that women, queer people, and people of colour are far more likely to experience precarious employment involving poor wages and conditions, and systematic underpayment.

From July until September Jagose held her ground. When the Student Representative Council demanded she agree to “a publicly open and transparent meeting” between Dean and students, the Covid lockdown came to her rescue. She said she would stage a Zoom meeting but only six student representatives could attend and they could pose questions for just thirty minutes. The meeting that followed on September 9 did nothing to resolve the issue. Jagose declared she was “not going to accept the kind of stereotypical characterisation of a vicious managerial type with an axe hacking away” at staff and students. It was “hard work” being the Executive Dean of Arts, she said, and students should appreciate her for it.

In the middle of this impasse, Mark Scott arrived on campus. He took up his position as vice-chancellor on July 19. However, rather than take a firm stand, he soon made contradictory decisions about the issues involved.

On the one hand, he made a very public statement in support of Jagose by appointing her a permanent member of his administrative hierarchy. At the end of August, he confirmed her position as his Deputy Vice-Chancellor and university Provost, and went out of his way to publicly praise her “strong combination of leadership and management experience at the University”. At this time, he seemed to be positioning himself on the side of austerity.

However, by September 13 Scott decided to go down a different track. He announced he would accept the casuals’ charge of wage theft and pay their demands. He claimed a new analysis by the university’s accountants of payments backdated to 2014 showed the casuals were now owed $12.75 million. Hence, rather than face disaffected students and staff, Scott decided to portray himself as everyone’s friend.

None of this can last. Scott is now lumbered with two deputy vice-chancellors, both publicly committed to austerity, while he has taken the lazy politician’s response of buying off critics and letting the budget take care of itself. In the short term he has escaped the obscene chants hurled at Garton and Jagose. But in the longer term he has made a basket case for himself, a mess he will not find easy to untangle.