The Defeat of Literary Censorship 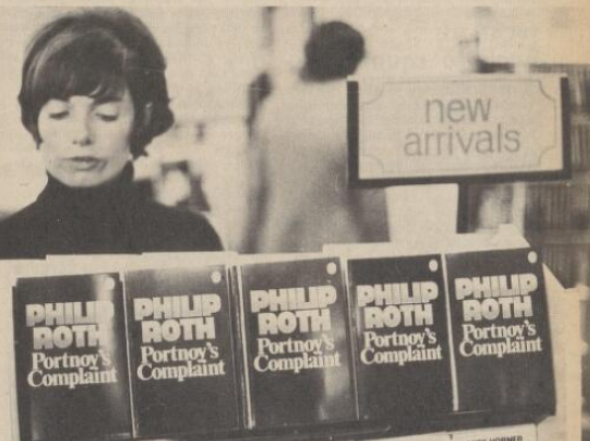 Unseemly subject matter in the eyes of some, but that’s the point really. Patrick Mullins, author of Tiberius with a Telephone, the award-winning biography of Liberal prime minister Billy McMahon, now explores how, in August 1970, Penguin Books Australia published Portnoy’s Complaint.

Philip Roth’s comic novel, laden with Jewish humour and angst, was released in America in January 1969 and was a runaway success. But in June that year, under regulation 4A of the Customs Act, the book’s importation into Australia was prohibited.

Penguin Australia’s decision to publish Portnoy’s Complaint pitted the publisher against censors whose primary goal was to keep Australia free of the contamination of immoral and indecent literature. This publishing tour de force culminated in a number of police raids on Australian bookstores, leading to criminal charges and “an unprecedented series of court trials across the country”. Penguin Australia’s decision to invite prosecutions in a number of states and territories “magnified the impact of the book’s publication and the importance of the challenge it represented”. It became a test case. 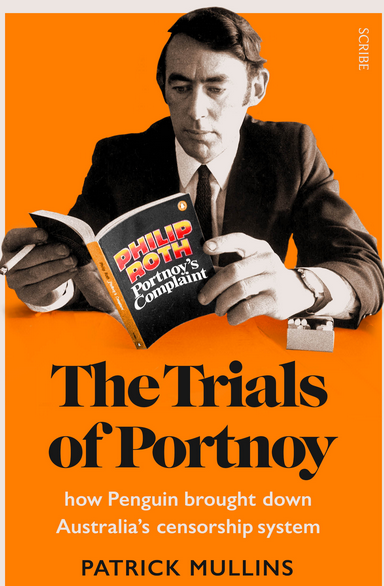 The Trials of Portnoy dramatically demonstrates how Penguin and a band of bookstores, especially those run by publisher Angus & Robertson, plus a legion of writers, readers, academics, lawyers and journalists, managed to defeat the forces of censorship in Australia. By using Portnoy’s Complaint as a battering ram, they helped reshape antipodean culture.

Mullins’s account of a movement that sought to give Australians the freedom to read what they wanted draws on an array of archival and interview-based material, much of it new. The Trials of Portnoy also makes good use of Nicole Moore’s The Censor’s Library, published in 2012; Geoffrey Dutton’s history of Penguin Books in Australia from 1946 to 1996, A Rare Bird; and the writings of Peter Coleman, whose 1963 study Obscenity, Blasphemy, Sedition was updated in 2000.

From the time of federation in 1901 to the beginning of the 1960s Australia had a history of literary censorship. This meant that books as diverse as Ulysses, Lady Chatterley’s Lover, Lolita, Brave New World, Forever Amber, The Catcher in the Rye and Love Me, Sailor were banned. In 1945 the author of Love Me, Sailor, Melbourne writer Robert Close, was imprisoned for three months.

In February 1964 the Sydney-based satirical magazine Oz faced the wrath of political and legal authorities. Because of alleged obscenity, its editors Richard Neville and Richard Walsh were each sentenced to six months hard labour and art director Martin Sharp to four months. In addition, Oz Publications Ltd was fined £100 and their printer £50.

In December 1964 an appeal, before Justice Aaron Levine in the Sydney Quarter Sessions Court, funded by public donations, was led by the future governor-general, John Kerr QC. As Mullins chronicles, “literary experts testified with success”. Levine agreed with the evidence of Quadrant editor James McAuley that Oz “presented successful satire” and that exposure to the magazine would not necessarily corrupt or deprave. Importantly, Levine determined that prosecutions for obscenity needed to point to real, not hypothetical, examples of people who had been corrupted or depraved.

The Trial of Lady Chatterley, a book published in 1964 about an appeal in England against the censorship of D.H. Lawrence’s Lady Chatterley’s Lover, and which included detailed extracts from the novel, was also banned in Australia. Led by Sydney entrepreneur Leon Fink, secretary of the New South Wales branch of the Council for Civil Liberties Ken Buckley, and decorated Second World War soldier and bookseller Alex Sheppard, the fight against the banning of The Trial of Lady Chatterley had, by 1965, garnered support throughout Australia. At the same time, the Australian Council for Civil Liberties challenged the 1964 ban of The Quest for Love, a psychoanalytic study written by British scholar David Holbrook. His book had been banned because it included passages from Lady Chatterley’s Lover.

In June 1965 the Australian bans on The Trial of Lady Chatterley, The Quest for Love and Lady Chatterley’s Lover were rescinded. This was with the conspicuous exception of Victoria, where the pugnacious Chief Secretary, Arthur Rylah, “mounted a rearguard action to keep the novel out”.

On January 1, 1968, at the urging of the federal government, a National Literature Board of Review was established. Its remit was to assess if publications had literary, artistic or scientific merit, or if they were blasphemous, indecent or obscene.

Mullins documents the vacillating role of Don Chipp, federal Liberal MP from Victoria and Minister for Customs. Despite Chipp’s opposition to its publication, news broke on August 30, 1970, that under the leadership of its laconic managing director, John Michie, Penguin Australia had printed Portnoy’s Complaint and was distributing the novel to over 2000 booksellers. It sold for a mere $1.35 and, due to its notoriety, there was a stampede to buy it. When South Australia’s ALP premier Don Dunstan and his Attorney-General announced that no action would be taken against Penguin and the booksellers, the previous agreement for uniform censorship by the states was ruptured.

In Victoria, Michie and Penguin were served with three summonses for obscenity and in New South Wales summonses were served on Angus & Robertson. On September 26, 1970, in the Bulletin, Michie wrote “a sustained and caustic attack on the censorship system”. The concept of “community standards” was, he argued, worthless.

A few weeks later, on October 19, 1970, at the Melbourne Magistrates’ Court, the first of many Portnoy trials began. The defence, led by Peter Brusey, presented an array of experts including editor of the Age, Graham Perkin; another news-hound, John Douglas Pringle; historian Manning Clark; future Nobel Prize-winning author Patrick White; and James McAuley. All testified that Portnoy’s Complaint was a work of literary merit. One afternoon, when Pringle stepped down at 4 p.m., having discussed Portnoy’s masturbation into a piece of liver and its consumption at dinner, Brusey sought an adjournment on the grounds that he had “not, as it were, got any witnesses left on the menu for today”.

Among a number of female witnesses, Jennifer Strauss, from the English department at Monash University, addressed the prosecution complaint that the novel was negative and excessive, particularly concerning Alexander Portnoy’s mother. Strauss argued that satire, by its nature, is excessive. “That is the very definition of satire. It’s about exaggerating flaws and foibles in order to make people see their absurdity.”

In this fascinating book, Mullins documents how, even when expressing disgust with aspects of the novel, judges and magistrates throughout Australia made markedly different decisions. Varying verdicts concerning Portnoy’s Complaint strongly suggested “that there was no uniformity in community standards, among those tasked with determining them”.

Mullins highlights a case featuring Perth’s Pioneer Bookshop, owned by the Communist Party of Australia, in which another bevy of literary experts appeared and which resulted, on January 18, 1971, in all charges being dismissed. As with South Australia, Portnoy’s Complaint could henceforth be sold legally in Western Australia.

In New South Wales, in another Portnoy trial in February 1971, and then a retrial in May 1971, two sets of twelve all-male jurors, supposedly representatives of the community, came to no agreement. A leading lawyer for the defence was William Deane QC, later to become a High Court judge, and another future governor-general. In both cases, the Crown was unable to proffer one witness to testify that Portnoy’s Complaint possessed no literary merit.

In March 1971 in Tasmania, a trial was adjourned without a date being fixed, while on April 1 in the Northern Territory, despite a guilty verdict, bookshop owner Christopher Nathanael was given a six-month good-behaviour bond. As Mullins writes, “such halting court action and token sentences were now becoming ridiculous”. Finally, in June 1971, Customs Minister Chipp rescinded the ban on the importation of Philip Roth’s notorious novel.

It is difficult to disagree with the contention that, of all the opposition to literary censorship in Australia, no other action was as boldly defiant as Penguin Australia’s publication of Portnoy’s Complaint. It was, Mullins argues, “an expensive, deliberate, and highly publicised affront to authorities, conducted within view of the public and—by its sales and its press coverage—with the support of that public, too”.

In circumventing federal legislation, and outwitting various state governments, the publication here of Portnoy’s Complaint exposed our censorship authorities as out of touch in their attempt to protect Australians from the supposedly corrupting story of a young man obsessed with his controlling mother and his penis. Gough Whitlam’s Labor government, which came to power on December 2, 1972, all but cancelled the controls that could keep publications out of Australia.

As Mullins points out, state agencies, including the Queensland Literature Board of Review, “sought to step in where the federal government had retreated, and set about prohibiting an increasing amount of material”. In 1972-73 the Queensland Board banned ninety-three publications; in 1973-74 sixty-seven; in 1974-75 eighty-two; and in 1975-76 it banned eighty-six publications. Throughout Australia, censorship morphed into a classification system that informed prospective readers and viewers of the nature of the material they could purchase.

The most recent of Ross Fitzgerald’s many books is the novel The Dizzying Heights, written with Ian McFadyen

A Letter to Tom Wolfe

The Recovery of Priestly Virtue