The Liberal Party for a New Generation 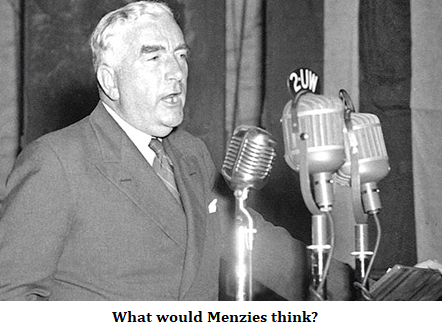 To empower individuals and not merely to protect them is the key to liberalism regaining its prominent social licence. So says the Liberal MHR for Goldstein, Tim Wilson. His book The New Social Contract is a reminder to the Australian political Right that “ideological conservatism simply has little to offer Australians”.

Unlike a spate of recent books such as Why Liberalism Failed by Patrick J. Deneen that have nothing good to say about liberalism’s future prospects, Wilson’s take is far more optimistic. Liberalism for him is not a hill upon which the committed make their last stand for the ideology in a world of fervent nationalism and rabid identity politics. Instead, it serves as a dominant strategy for any party which adopts its precepts against those corrupting influences. 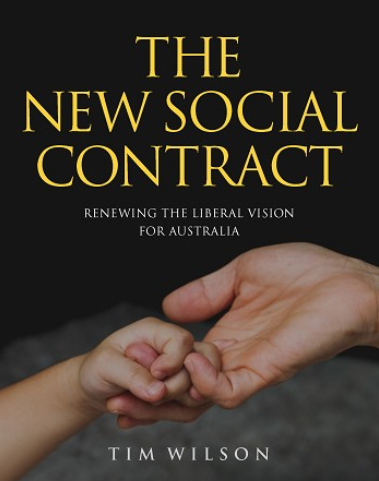 In making his argument Wilson first defines “Australian liberalism” as an oddity, distinct from its overseas counterparts. Narrowing down the possible strains of thought on the Right of politics, he separates reactionary conservatism from the history of his party. Conservatism, which manifested itself transparently in Cory Bernardi’s Australian Conservatives party, was a failure, as witnessed by its results in the 2019 federal election, its Senate ticket failing to pick up a single seat. Likewise, the Liberal Democrats, and their political commitments to ardent libertarianism, were not successful in that same election. They fail to have any electoral success outside of the Victorian Legislative Council.

Wilson distinguishes Australian liberalism from classical liberalism, socially-minded progressive liberalism and pro-market neo-liberalism. All of these variants are ideological, with theorists able to list their core beliefs and edicts. Such an intellectual exercise is not compatible with “the non-ideological culture of Australia [that] recognises the theoretical and practical shortcomings” of libertarian and other rights-based political ideologies. Australian liberalism is an inheritance. In the Burkean sense that a nation is a contract between the dead, the living and those to come, “it [Australian liberalism] reflects our unique conditions as a nation,” says Wilson.

Three distinct notions of inheritance or historical influence are elaborated upon in the book. The first is the Christian thought imported to the continent through waves of migration:

The very foundation from Christ through baptism, after all, was of individuals. Only God could “own souls”. This new universality—the attributing of conscience and will to “all souls”—helped to sound the death knell of ancient slavery.

The second inheritance was the lessons that could be drawn from the political institutions we inherited from Britain, in particular, the adoption of the system of Westminster parliamentary democracy and the common law. Australian liberalism derives from  “the compounding influences of the evolutionary lessons of sovereign and executive overreach, populist uprisings, and settlements between the governing group and the governed”. It has roots in, and takes influence from, books such as John Locke’s A Letter on Toleration and Adam Smith’s The Wealth of Nations but it is beholden to none of them entirely.

Finally, Wilson says that Australian liberalism is an inheritance because you adopt the expectation that you can get ahead and progress personally as your birthright. You expect your children to enjoy the same privilege of self-advancement. It is strange to think that this notion was once not widely held. Wilson exemplifies this desire as the key tenet of modern Australian liberalism by pointing to his party’s founder, Robert Menzies. “He understood the future of our nation was built on a society of opportunity and ownership so that everyone had a stake in the nation’s success,” and that “Australia lacks a tradition of a rights-based culture”. Hence, the Liberal Party is a truly progressive party and in this lies its strength.

The proof is in the pudding when it comes to verifying these claims. As the vehicle of this form of liberalism in practical politics, the Australian Liberal Party lacks a sense of policy cohesiveness over a long period due to its positive sense of progressivism. In some policy areas this lack of cohesiveness is to be expected. Foreign policy for example necessarily changes in line with the threats which are posed to the nation. Other, often more domestic, areas of policy have a tendency to remain the same over time for other parties, but not for the Liberal Party. Take Menzies’s Liberal government in 1955 proposing a 75 per cent top marginal tax rate (conceding on a 67 per cent rate) compared with today’s Party which puts forward at elections and enacts the flattening of the progressive tax system and is averse to any rate that approaches 50 per cent.

The times change. What people need of their government in order to get ahead changes. And so the Liberal Party’s policies change. Where other parties propose policies on the basis of “this is what we believe would create the best society”, the policies which distinguish the Liberal Party are those of which they can say, “These are the policies that will make you better off”, often through changes in the tax code. Negative gearing, franking credits, tax cuts are all emblematic of the government creating programs for people to get ahead—empowering the individual, any individual. Contrary to what their political adversaries claim, it is not the rich and well-off that make use of these programs. It is the fact that by using these programs people have become better off.

Having established the unique history and its claim to being the one true political philosophy capable of acting with social licence to all citizens, Tim Wilson provides an analytical breakdown of voting patterns and puts forward what should be the central focus of the Party’s policies.

Wilson categorises voters as either seeking opportunity or seeking security. Anyone seeking security votes more often than not for the Liberal Party. One of the greatest indicators of Centre-Right voting tendencies is having investments outside of one’s superannuation. For example, 57 per cent of individuals with an investment property will vote Liberal, while only 36 per cent won’t. Who wins over the voters seeking opportunity is a more contentious battle ground. The cradle-to-grave protection that the Labor Party promotes distracts many voters from the policies of the Liberal Party which ensure a reward for effort and eventually the freedom from reliance on government. However, the allure of government programs which provide short-term benefits and then the desire to hold on to such benefits cannot sustain itself or eclipse the allure of self-reliance over the long term.

There are two main ways to turn voters into security voters in The New Social Contract. The first is to get them married. Wilson recognises that the legislative options in a liberal society are pretty much exhausted on that front. The other mechanism is through promoting home ownership. To be a home owner is to have a stake in the nation’s success, to want to improve the current systems but never to heed the call of revolutionary change. Those with no meaningful possessions can pick up and leave when the going gets tough, but home owners will always have an interest in local issues—securing what they have and building upon it.

Wilson talks of the need for tax incentives to help save up for a deposit, but more specifically he points to the superannuation sector being in desperate need of reform. The biggest indicator of poverty in retirement is not owning one’s own home, not that one’s super balance is low. Seemingly oblivious to this fact, current regulations prioritise the latter. Compulsory super savings detract from the savings that would have been put towards a home deposit, money that the current deposit-saving generation’s parents would have been able to put towards this important priority in their own youth. This is a clear disturbance in the inheritance of which Wilson writes. Not only this but, as illustrated in Paul Frijters and Cameron Murray’s Game of Mates, the superannuation industry in Australia earns significant economic rents through the unique regulatory structure. Wilson has pointed out that the superannuation sector in its current form robs young Australians of their money, and keeps them from saving up for the asset which can provide life-long security to them.

We are yet to see the effect of Tim Wilson’s New Social Contract upon the Liberal Party. The text was only written last year. But he is not alone in his desire to make the Liberal Party the progressive agenda setter of Australian politics. His colleagues James Paterson, Andrew Bragg and Jason Falinski all espouse similar visions of liberalism and have been given plenty of support from their party superiors. These members of parliament chair the four major economic parliamentary committees, gaining relevant experience and having the power to shape policy into the future.

Two things point to these members gaining success in shaping the future of the Party. The first is that, having had the world of norms shattered by the coronavirus pandemic, a policy re-orientation towards home ownership and wealth creation makes a great centrepiece to take into future elections. The second is that Labor, losing vital funds due to ever-declining union membership, is reliant on the super industry funds to finance their campaigns. In writing The New Social Contract Wilson utilised the year of the pandemic well to re-orientate his work on the great underlying themes of Australian politics.

Samuel Chamberlain is a member of the Young Liberals.

The Gap Between Literature and Life