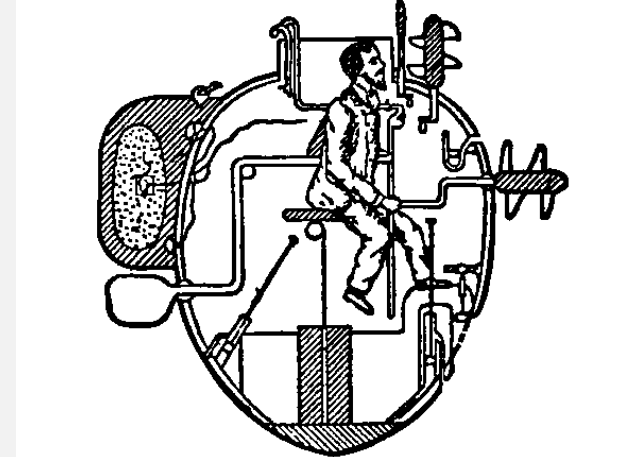 It is almost impossible to find a credible analyst or writer willing to laud the unlamented Turnbull government’s decision to splash unknown billions on a mythical French submarine. In fact it is impossible to find anyone outside the Canberra bubble or not on the submarine-building payroll who praises this farce.

Although there is near unanimity among the sane that this is a truly bad idea, those with sense are without the power to stop the fiasco. This means the fires of foolishness continue to be stoked with every dollar we can borrow. Like the climate cultists, the barracuda buffoons ignore every glaringly obvious negative fact, every questioning objection, every doubt that is raised, and charge ahead at full speed. Nothing disturbs their fantasy.

Gary Johnston is one of the more articulate opponents of this “Attack Class” submarine. He still wants submarines, but he wants nuclear-powered ones. Robert Gottliebsen effectively destroyed the bumbling naivety of our contract negotiators who, using our money, ensured that we were taken to the cleaners. Now that it has been announced that even the lead-acid batteries may be designed and made by a Greek company “in Australia”, the creative accountants are going to have a lot of highly paid consultancy work on their hands.

Tom Lewis demonstrated with effortless ease that it is transparently foreseeable that the project process is guaranteed to be a disaster. Add further articles by Greg Sheridan, Paul Kelly, Mike Rawlinson, Nicholas Stewart, Ross Eastgate, Ben Packham and others and you have a powerful coterie of realist brains lining up to oppose this travesty. And for the Defence, M’Lord, we have our cardiganed Defence Department Canberra sailors and the same RAN hierarchy that brought us the failed Super Sea Sprite, a helicopter that never flew, but whirred away a cool $1.4 billion. Let’s not forget our former admirals who prefer to prepare the ADF to fight climate change rather than human enemies who might want to kill us and take over Australia.

The wilfully blind defenders of this miracle of contract negotiation are not only outnumbered, they are outclassed by the sceptical realists. These submarines will never sail into battle, as few normal people would be suicidal enough to crew them. It’s a well-paid job cruising around in peacetime, but would likely be a short and fatal one in war.

The submersible CSS Hunley is regarded as the first “successful” submarine as it sank the USS Housatonic just outside of Charleston harbour in February 1864. This success is somewhat tempered by the fact that both the Hunley and its prototypes had already unintentionally submerged and failed to surface on three occasions. On each of these dives the vessel had taken all or most of her crew with her. On her final voyage all nine crewmen drowned.

Australia’s submarine contribution to the First World War effort were the AE1 and the AE2. The AE1 was lost with all hands off Rabaul without participating in any warlike action. The AE2 did have a successful cruise when it penetrated the Dardanelles, where it sank one small cruiser while transiting the Dardanelles Narrows. Once in the Sea of Marmara the AE2 fired several of its eight torpedoes (all of which missed) before having to surface and surrender after just five days.

The leaders of submarine warfare in the First World War were the Germans with their diesel-electric and lead-acid-battery powered U-boats (similar to the proposed power source of the Barracuda). These U-boats were a formidable weapon until countermeasures were developed that then sent 202 of them (and their crews) to a watery grave by 1918. Admiral Karl Doenitz, who commanded the U-boat fleet in the Second World War had commanded UB-68 in the First World War, until it was sunk and he was captured by the British in 1917.

In the Second World War Doenitz thought his U-boats could sink enough ships to starve Britain out of the war. In this vision he was like “Bomber” Harris, who thought bombing alone could bring Germany to its knees. These persistent delusions carried on into the Vietnam War when the USAF dropped more bombs on Laos and Vietnam than on Germany in the Second World War, yet the only consistent result was that they again failed to achieve their war-winning aim.

My point is: submarines can be a significant weapon, but they can neither win wars nor prevent defeat. They are only effective if they are deployed in the right role in the right circumstances.

So how effective were submarines in the Second World War? They achieved some spectacular successes that deserve our admiration for the courage and tenacity of their crews. For instance, the U-boat ace Gunther Prien sank thirty-one ships, including a battleship, the Royal Oak, yet he did not survive even ten patrols and 238 days on operations before being lost with his entire crew in 1941.

The Japanese (with a much smaller fleet) lost 130 submarines (not including midgets such as the three that attacked Sydney Harbour). The British lost seventy-four and the Americans fifty-two. Clearly, the British and American defences were such that their anti-submarine versus submarine war became lopsided. By the end of the war the average operational life of a German submariner was forty-two days.

Your advice to your children on their career choices would be …?

I have already substantially covered the deployment of modern strategic submarines in an earlier Quadrant Online article (“Australia’s Looming Submarine Disaster”, October 23, 2019). A quick recap is that their modern role is either as a nuclear missile boat designed for a second retaliatory strike to annihilate an enemy who has launched a nuclear attack on the submariner’s home country, or they are hunter-killers designed to find and kill their enemy’s strategic missile boats.

The days of submarines chugging around the seas hunting convoys are long gone. So name the role for which we are building the Barracuda?

Let me provide a clue: most battle submarines mount four torpedo tubes stacked two on two on either side of the bow. Given the limited space available, weight and balance, and the machinery needed to store and load the torpedoes, this has been standard practice for good reason since the First World War. Apparently the Australia Pacific Defence Reporter states that the Navy wants a superior killing machine by mounting six torpedo tubes in a line. The whims and creativity of the deskbound poohbahs know no limits, as cost is no object. It also possibly answers the question of what we would use these one-voyage wonders for.

However, let’s not be totally negative. The Collins demonstrated that submarines can be stealthy and can sink their hunters (see https://www.youtube.com/watch?v=d8Kv4rqR6RQ). The captain and crew in this video deserve congratulations on a job well done, but I have one niggling question, as I think the exercise ended too soon. Having sunk one of their five hunters and given away their position, shouldn’t they have demonstrated that they could escape before declaring success? Many a submarine has made a kill but has then paid the ultimate price for that success.

Since the Second World War submarines are known to have sunk three ships, but more than a dozen submarines from the USA, Russia, China, France, North Korea and Argentina have sunk with their crews. This is not a good advertisement when trying to recruit crews for peacetime cruising—not to mention the war …

In the Quadrant Online article referred to above I outlined an undersea battlefield scenario in which (undoubtedly nuclear-powered) submarines would continue to have a role on account of their stand-off capability, their underwater stamina (as they can remain deep down until the edibles run out), their ability to dive deeper, their underwater speed and their stealth. Conventional submarines with the 100-year-old technology of lead-acid batteries are like featherweights taking on Mike Tyson. Yes, we all know that David did defeat Goliath and a Wirraway did shoot down a single Zero in the Second World War, before every other Wirraway (and usually its pilot) died in a hail of bullets. Exceptions, in fact, never disprove the rule nor change the odds.

Boeing has been awarded a US$43 million deal to build four Orcas for the US Navy. The Orca is a 50-ton Undersea Autonomous Submarine armed with torpedoes and protected by a range of high-tech sensors and stealth technology. The Orca can dive to 11,000 feet (3700 metres), operate for up to seventy days without human involvement and has a range of 6500 nautical miles.

The Orca, and other Underwater Unmanned Vessels are now part of a fast-evolving Navy Unmanned Maritime Autonomy Architecture program, which involves engineering and testing “different layers of autonomy”. Read those numbers and capabilities again and compare them to the capabilities of our pine-box-class Barracuda.

In short, we could send an Orca to the South China Sea and bring it home again without risking a single life, at a minuscule cost compared to our future Barracuda.

At a presentation I attended on our new Hunter-class anti-submarine warfare ships I asked: “Will they be able to find and sink the Barracuda?” I received the only logical answer from the anti-submarine-warfare expert: “I don’t know.” This is about as clear and forthright an answer as I have ever heard from the blunt end of Defence.

So, the conundrum costing Australian taxpayers $300 billion is: What good are these submarines if they are easily found and destroyed, or what good are the new submarine hunters if they cannot find them?

Either way one of these capability-light boondoggles cannot be value for my money.

Alistair Pope, a former officer in the Australian Army, is a frequent contributor to Quadrant.

A 50 ton unmanned submarine constructed by Boeing. The USN has ordered four at a cost of $10.3M for each UUV with AI, a 6,500 nautical mile range and 70-days autonomous duration

Iron Coffins by Herbert A. Werner (2004 – a personal account by a U-Boat Captain in WW2)

Das Boot by: Lothar Gunther Buchheim (2004 – based on the film recounting personal accounts of U-Boat Captains in WW2)

The first ‘successful’ submarine attack took place on 17th February 1864 during the American Civil War when the CSS Hunley sank the USS Housatonic, but was itself lost with all hands.

The future of submarines and UUV’s.

A manned submarine tested the launching and recovery of a drone while submerged.

The ‘capability’ gap as the Collins Class becomes outdated and the new French Shortfin Barracuda is commissioned.

14 thoughts on “That Sinking Feeling: The Continuing Submarine Fiasco”

What We Achieved In Iraq

War and the City in the New Urban Century

Trawling for Complaints Against the Military