Locked Down and Loving It 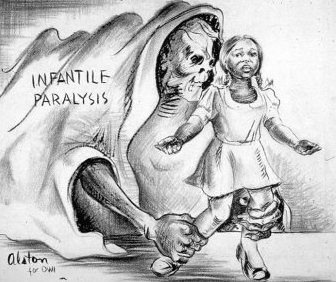 Being loaded with implications of disease and deprivation, “quarantine” isn’t the most attractive word. Lately it has also come to be associated with racism, at least in the mind of former human rights commissioner Tim Sudokupuzzleclue, or whatever his name is.

“Australian citizens deserve better from their government,” Sudafednasalspray fumed on Twitter after Prime Minister Scott Morrison announced in January that Australian citizens returning from Wuhan in China would be quarantined for a time.

Mr Superflyingfunshow then quoted an offended individual: “The government wouldn’t send its citizens to Christmas Island detention centre if those who are trapped in Wuhan were white Australians.”

Note the assumption there that every Australian citizen returning from Wuhan was of Chinese background. When those citizens began turning up at Christmas Island a few days later, however, a number of white Australians were among them. The two-week Christmas Island coronavirus containment applied equally to everybody. Despite Tim Sydneytohobartyachtrace’s grief, that policy and its application were exactly the opposite of racist.

Still, the whole episode did not do much to improve the public image of quarantine or to remove any negative associations. Yet for a certain generation of Australians, a time in illness-avoiding quarantine offered rare freedom from all manner of ordeals.

My paternal grandfather was born in 1919, so was just thirteen when the Great Depression reached its destructive peak in 1932. As with many others of his generation, that traumatic formative experience—no Australians since have lived in a time of 30 per cent unemployment—shaped the rest of my grandfather’s life.

Although he was never out of work for even a day after leaving school at fifteen to become a butcher’s apprentice, my grandfather always carried with him a weight of concern. After all, he’d seen prosperous families reduced to begging in 1932. For him and his generation, a fear of economic ruin always remained.

That worry also led my grandfather to study finance, for he wished to learn how the Depression had come to be and how another might be avoided. The teenage butcher’s apprentice basically became a self-taught economist, with a particular interest in and knowledge of household budgets.

So, when the opportunity came to sit a State Bank of Victoria teller’s exam, Bob Blair aced it. Over decades, he worked his way up from a teller’s role to eventually become the manager of a suburban branch. And all the while he carried the childhood scars of seeing Australians cast out of work and forced to line up for stale bread.

He loved comedy, but felt guilty indulging in trivialities when serious matters demanded greater attention. His lifelong fondness for horse-racing never led him to place a bet larger than one dollar. He’d laugh along as he told stories of one workmate’s practical jokes, then shake his head at the fellow’s waste of valuable office time.

Years after he died in 1994, I once asked my grandmother whether she’d ever known her husband to enjoy a truly carefree day. “Oh, he’d always have a few extra drinks whenever Bolte would drop in,” she said.

This took me by surprise. “Bolte?” I asked. “Sir Henry Bolte, the Victorian premier?”

“Don’t be silly,” she replied. “It was his brother Bill.”

For obvious reasons, my grandfather rarely spoke of his childhood. All I ever learned from him about his own grandfather, for example, was that his Scottish accent was so thick that even his children could never understand a word he said.

But once, just once, I saw lines of worry fall from my grandfather’s face. I was in his house—my mother, sister and I lived next door; it was a kind of extended family compound—helping him put together an evening meal while my grandmother was briefly hospitalised.

Maybe fending for himself in the alien world of the kitchen did something to jog his memory, for my grandfather told me of two brilliant weeks that took place in his eighteenth year. In 1937, he and several friends were ordered to stay on their rural properties, keep out of town and not come to work during a ruinous polio epidemic.

Thus quarantined, they were only allowed to associate with each other. Imagine the sense of liberty those kids must have felt. To that point, all they had known was the desperate, driving need to obtain even a small measure of financial security. Fun was never a priority. Yet now they had no other option. Fun had been forced upon them by order of the Victorian health department.

So they rode horses, shot rabbits, played cards, drank beer and generally crammed their entire quota of teenage enjoyment into one solitary golden fortnight. My grandfather spoke for some time of these quarantine adventures, which plainly remained as clear to him as did those dark recollections of the Depression.

After perhaps fifteen minutes of uncharacteristic reverie, he paused and said: “It was probably the best time I ever had in my life.”

Then came the Second World War. My grandfather attempted to enlist but was rejected on medical grounds. A brother enlisted and was killed in battle. Both of my grandparents suffered wrenching family losses from the 1950s through to the early 1970s. A daughter was stillborn. One son died in his thirties in a car crash. Another son, my father, died only a year or so later from burns he’d received in an aviation accident.

Because quarantine gave my grandfather two weeks of freedom, I won’t hear a thing against it. He even said the word with an affectionate softness, as though it wasn’t a medically-required infection avoidance strategy but rather the name of a pretty girl.

However readers and their families have dealt with their own darling quarantine, I hope at least some have found moments of happiness. Like my grandfather, everybody should enjoy it while they can. The next few years may prove especially challenging.

Comparatively, our quarantine might be the best of times ahead of the worst. Who’s up for an online card game and some socially-distanced rabbit hunting?

SCORING a Test century inside a single session is a rare cricket accomplishment. Australian batsman Doug Walters achieved this feat in 1974, famously belting the final ball of the day into the Perth crowd to reach his milestone.

Walters years later mentioned that he’d met probably 50,000 people who claimed to have been there for his hundred. This strikes him as odd, because Perth’s WACA ground then had only a 16,000 capacity.

Acquired cricket memory syndrome is a widespread and little-understood condition. It particularly strikes at the more loud-mouthed and attention-seeking members of our community. For example, newly-elected Prime Minister Kevin Rudd claimed in 2007 during the ABC’s cricket call that he saw the first game of the 1974-75 Ashes series, which was played in Brisbane.

“He remembered 42-year-old Colin Cowdrey—called to duty from England to halt the carnage—walking onto the field and going up to [Jeff] Thomson to shake the hand of the man who was going to hurt him,” the Sydney Morning Herald reported.

Rudd “remembered” no such thing. Cowdrey didn’t play in the 1974 Brisbane Test. He wasn’t even in Australia. The veteran batsman was called into the England team for the Second Test in Perth.

Rudd’s fellow acquired cricket memory syndrome sufferer Mike Carlton claimed in his 2018 autobiography I Am Important that he’d watched a mid-1980s Sydney Test with Kerry Packer at the mogul’s property.

Carlton alleged Packer repeatedly interfered with the Australian team’s bowling order and field settings. “Kerry seemed to have a direct line to the Australia dressing room,” Carlton wrote. “Every so often he would pick up the phone and snap an order: ‘Put McDermott on … Give Waugh a few overs’. A few minutes later the bowlers would obediently change.”

Uh-oh. Steve Waugh and Craig McDermott played just the single SCG Test together during the 1980s. It was the Bicentenary Test of 1988. At the time, Nine was owned by Alan Bond.

Incidentally, if Carlton’s tale is true, why did he not mention it for three decades?

Fancypants lawyer Geoffrey Robertson may be afflicted with a variety of acquired cricket memory syndrome. Following George Pell’s acquittal, Robertson wrote in the Australian about watching a cricket match with the great man.

“I’ve criticised some of [Pell’s] public activities, notably his campaign against a human rights charter and his ‘Melbourne Response’, which I condemned as a cover-up in my 2009 book, The Case of the Pope,” Robertson wrote. “But personally, I thought him a good sport: we have watched cricket together at Lord’s (the Ashes, when his health was said to have prevented him flying to Australia to front the royal commission …)”

Robbo presumably refers to the 2015 Lord’s Test, which took place in July. Pell’s legal team did not submit that the Cardinal was unfit for prolonged travel until six whole months later. Moreover, a flight from Rome to London is done in fewer than three hours. A Rome-to-Melbourne voyage takes more than twenty.

The Setting of Their Leftist Suns