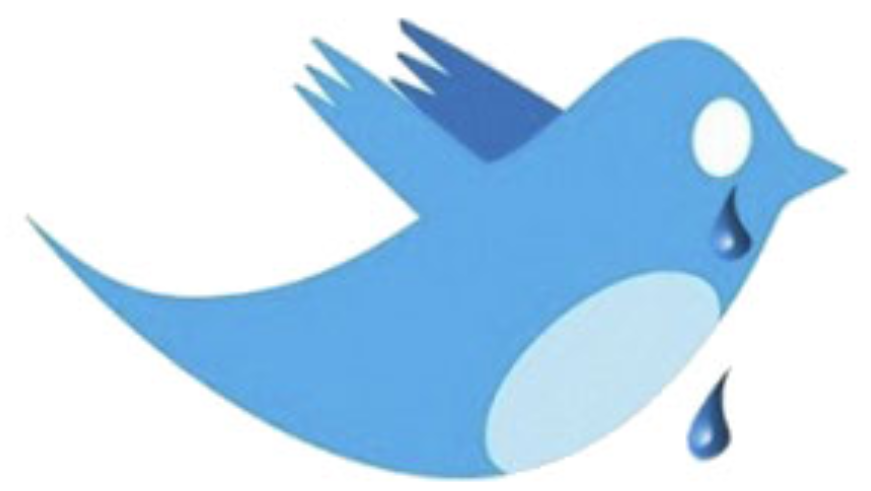 We all do it, to varying degrees. We all attempt to craft a world around us that is sane, entertaining and supportive, isolating us from the dull, negative and destructive.

So we select the books and magazines we prefer, the films we enjoy, the people whose company we find enlightening, informative and amusing. And, income permitting, the places we live and the countries we visit.

That doesn’t mean, however, we avoid a broader reality. It might be nice to pretend, for example, that the ABC doesn’t exist, but that doesn’t stop the ABC receiving our taxes. And we can sweep past any mention of those teal “independents”, but there they are in Canberra, being ridiculous. Also, it wasn’t exactly easy dodging two years of Covid hysteria.

(At least we can all avoid terrible modern pop music, mainly because so few radio stations play new releases. Molly Meldrum was forty-four years old when he hosted the final episode of Countdown in the 1980s. Today, anyone that age or older is completely unable to name a single artist or song in the top 100.)

Our friends on the Left have always been inclined to go a little further in their world-creating ways. Conservatives might not care for the likes of the Guardian, the Age or the Sydney Morning Herald, but we’re mostly inclined to either let them be or to read them for the purposes of mockery. Leftists, on the other hand, actively seek to erase News Corp newspapers and Sky News. They campaign—sometimes successfully—against individual journalists and presenters. They target advertisers.

Leftists want conservative opinions removed not only from their lives, but also from yours. And their platform of choice for seeking this is Twitter, which hosts any number of entities dedicated to smashing conservative outlets in Australia and throughout the English-speaking world.

My, how the Left adores Twitter. And for good reason. It not only allows anti-conservatives to build their own perfect little worlds by blocking or muting right-wingers, but it further aided this process by banning President Donald Trump, suspending wrong-thinking Canadian academic Jordan Peterson and in 2020 removing the New York Post’s potentially election-changing Hunter Biden laptop investigation from its platform.

Anyone judged guilty of hate speech—that is, speech that the Left hates—routinely cops suspensions and bans. Right-leaning satire site the Babylon Bee was locked out of Twitter in March after it named transgender Biden official Rachel Levine as its “man of the year”. Levine, of course, is biologically male—but not in Twitter’s reality-denying woke universe.

Then along came Elon Musk, who bought Twitter with some of the billions he’s raked in from buyers of his virtue-signalling Tesla electric cars. He used woke cash to buy a woke outfit, with the declared intention of permitting a wider range of voices and opinions.

Predictably, the online Left lost their collective minds. From the moment Musk took control on October 26, leftists imagined themselves to be surrounded by demons. “It’s like the gates of hell opened on this site tonight,” wailed Washington Post reporter Taylor Lorenz, who nevertheless is still on Twitter, mostly writing about how terrible Twitter has become.

“I was profoundly shocked to see for first time, a genuinely Nazi American video circulating on twitter,” Sydney Morning Herald columnist Peter FitzSimons trembled. “Backed by a rock song, it all but advocated for another Holocaust.” Addressing a free-speech advocate, FitzSimons continued: “Under your version of ‘liberty’ that’s allowed. Under mine, the world is free from that filth.”

FitzSimons did not produce any evidence of this material, so I suppose we’ll just have to take his word for it. In any case, he and other Twitter leftists who crave a filth-free world have never said much—if anything—about Twitter hosting Iran’s tyrannical Sayyid Ali Khamenei or Hamas leader Ismail Haniyeh.

Climate screecher Naomi Klein mused about abandoning Musk-owned Twitter because she’d then have more time to rescue the earth. “We are hurtling in the wrong direction on climate,” she wrote. “Though this can be a powerful organizing space, it is a more powerful time wasting space. A more powerful space for depressing, demoralizing and dividing us. Less Twitter might mean more planet.”

She’s still on Twitter. Movie director Ken Olin, though, actually did quit: “I’m out of here. No judgement. Let’s keep the faith. Let’s protect our democracy. Let’s try to be kinder. Let’s try to save the planet. Let’s try to be more generous. Let’s look to find peace in the world.”

Everything’s an apocalypse for these people. “Large exodus happening on this platform,” claimed actor Josh Gad. “Not sure if I stay or not. Leaning toward staying, but if today is a sign of things to come, not sure what the point is. Freedom of speech is great. Hate speech intended to incite harm, (with no consequences) ain’t what I signed up for.”

Poor chap. Media Watch host Paul Barry dedicated an entire segment of his expensive little vanity program to the Twitter buyout, describing “notorious loudmouth” Musk as “the billionaire bully who’s taken over the town square” and warning that “users could be in for a rough ride”.

“And all that is part of a bigger concern that Twitter will now allow free rein to hate speech and conspiracy theories,” Barry added. “If Musk opens up the floodgates to misinformation, fake news and hate speech, you can expect journalists and media companies to take their leave as well.”

Those precious journalists and media companies could then return to doling out misinformation and fake news about climate change, the trans agenda, Russian election conspiracies—in 2017, Barry himself claimed that “Facebook and Twitter allowed their platforms to be used by Russia to swing the US presidential election”—and whatever else they want to invent.

“Indeed,” Barry concluded, “we hear our very own ABC is weighing up if it wants to remain on Twitter under Musk’s new world order.” Finally, some good news. If ABC presenters quit Twitter, imagine how much we’ll save by no longer paying their legal fees when they defame conservatives.

By the way, before Musk fired about half of Twitter’s staff, the platform had about 7500 employees—all working at a place that doesn’t actually generate any content. Everything on Twitter is produced by users. What did all those people do? Well, they “curated” content, designed algorithms that elevated approved posts and concealed others, and generally did their best to create an alternative leftist reality.

And the remaining staff are still hard at it. Two weeks into the Musk era, conservative outlet the Daily Wire posted a link to a fact-loaded report about transgender surgery being performed on minors. Twitter attached a warning that the report contained “violent and misleading content that could lead to real-world harm”. 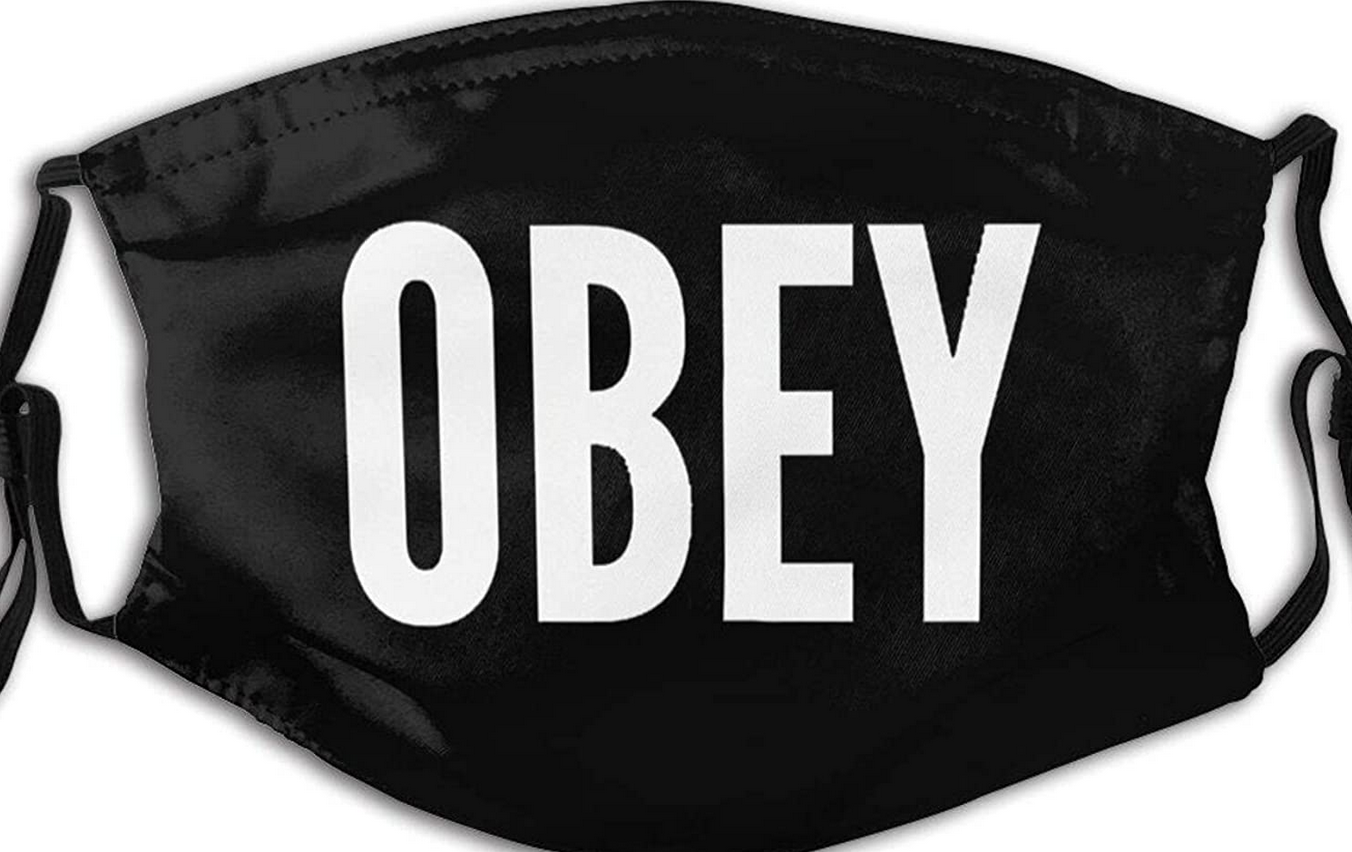 Our cultural enforcers thrived during the Covid mask era. They rejoiced at physical evidence of mass compliance, and clearly suffered a sense of personal loss when masks were no longer compulsory attire.

Readers will recall teal “independent” Dr Monique Ryan’s angry demand that Coalition MPs “put your masks on” after she was interrupted in parliament earlier this year while asking a question about long Covid—a puzzling condition that mainly affects female journalists, for some reason.

“I particularly don’t appreciate being interrupted by shouting LNP MPs who refuse to wear masks,” Ryan later explained. “We all have a duty to look after each other. Here and everywhere. Put your mask on!”

Whatever, Monique. Most people have moved on from mask mania, yet there remains a determined pro-mask movement in Australia and elsewhere. In Western Australia, which did its best during the pandemic to become our own version of isolated North Korea, officials are again talking up the possibility of a mask mandate.

“Face masks is something we would consider,” the state’s chief health officer, Dr Andy Robertson, recently told the West Australian. “There are always options we could look at, if for example, we got a variant that was a lot more severe or a lot more people were getting seriously unwell.”

According to ultramaskers, the benefits of wearing a few grams of porous fabric on your face don’t end with allegedly enhanced Covid protection. A study in the New England Journal of Medicine concluded: “We believe that universal masking may be especially useful for mitigating effects of structural racism in schools, including potential deepening of educational inequities.”

So masks cure racism, which will be news to Black Lives Matter activists who were notably unmasked throughout their city-burning, statue-toppling antics of 2020. If only they’d just worn masks, thereby erasing those troublesome “educational inequities” and such.

If mask mandates return, best be prepared with a politically-correct counter argument. The United Nations warned in March that “around 75 per cent of the used masks, as well as other pandemic-related waste, will end up in landfills or floating in the seas”.

Refuse masking and save the planet. Checkmate, Dr Ryan.

Free Money Will Do That

When a Column is a Steaming Pile