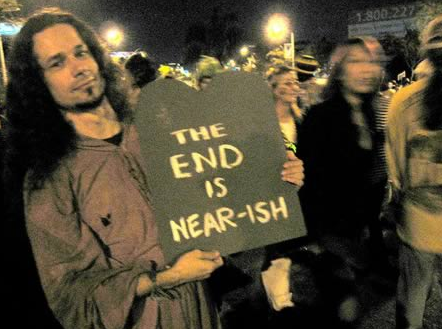 Recently I’ve been searching for a word that describes our present system of government. Liberal democracy isn’t quite right (though it has features of both) because the phrase omits too many of its other features: notably, the rise and dominance of cranks, the casual overriding of well-established professional rules, and the imposition of formal and informal censorship on matters of controversy.

All three hang together, and all are dealt with below, but the key one seems to me to be the rise and dominance of cranks. Several people have suggested that the word idiocracy is the one for which I’ve been looking. It’s also the title of a clever comedy of a few years back which some commentators predictably argue predicted the presidency of Donald Trump. Its producers have recently coined the witty advert: “The film that started as a comedy … but became a documentary.” Fair play to them. It’s a funny movie, now on video. Watch it.

But it’s not about Trump who, though an infuriating mix of cleverness, boldness, impulsiveness, touchiness and at times mean-spiritedness, is not an idiot, still less a crank. They’re not the same thing, anyway. An idiot is simply a stupid person. A crank may actually be quite clever, but he’s in possession of One Big Idea (or maybe two) that drives him to promote it interminably and with no sense proportion or practicality.

Cranks have been around in politics a long time, probably always—Swift lampoons them as “projectors” in Gulliver’s Travels—but there seem to be more of them around lately since the rise of ideological politics in the French Revolution and, still more significantly, with the later rise of socialism. Ideological politics are the attempt to use government to implement some ambitious project of human betterment that will avert a vast catastrophe and bring about a new ideal society without greed, inequality, division and other human vices. Both the end of the world and utopia usually figure in ideology, and it’s sometimes hard to tell them apart.

Crankery figures too. The nineteenth-century socialist theoretician Saint-Simon believed that under socialism the oceans would turn into lemonade. That didn’t happen because it was fanciful nonsense and, besides, there weren’t any socialist governments around to give it a try. Stalin was around in Russia by the 1930s, however, and as part of the campaign to improve grain production, he supported applying the cranky anti-scientific theories of the geneticist, Trofim Lysenko, to agriculture (largely because they fitted in with Marxist ideology). Grain production and Soviet agriculture suffered, but Lysenko’s theories remained Soviet orthodoxy until after Stalin’s death. Scientists who criticised them were dismissed in large numbers and some very distinguished geneticists were imprisoned and executed.

There’s an almost logical progression here. A political authority claims intellectual sovereignty in some non-political field, genetics, say, or music. Some of its pronouncements are crankish, but they are backed by strong pressures, and the usual professional rules and safeguards are ignored from a prudent cowardice. And when the crankish policy begins to fail, censorship is imposed and its critics are dismissed, silenced, or worse. Crankery = the overthrow of known rules + repression.

We might think that with Saint-Simon and Lysenko in our history, we would be alert in future to such dangers. Not so.

Marxist socialism is itself one vast exercise in crankery applied to politics, philosophy and economics, and it seems to have a family affection for lesser fallacies. But only thirty years since the collapse of Soviet communism revealed the economic wastelands and the mass graves of its political victims across the USSR, there is now a growing revival of support for socialism/communism/Marxism on the Left and among young people in the Western world.

And any large movement of perverse decadence, which this surely is, will be unlikely to leave other aspects of life alone. As Auden writes in “The Fall of Rome”:

Fantastic grow the evening gowns;
Agents of the Fisc pursue
Absconding tax defaulters through
The sewers of provincial towns.

Let me suggest two areas where crankery has already won significant victories. The first is gender  and transgender theory. This holds that someone’s identity is not determined by his/her biological sex but by his/her gender identity, which may be malleable and is anyway a matter of individual conviction. As one slogan has it: If your boy says she’s a girl, then she’s a girl.

That seems false to me, but even if it were true, its effects should be limited at least by its own founding theory. Our social interactions with others, whatever their theoretical identities, should always be shaped by courtesy and good-will, including treating them as they wish within reason. But we would surely not base a transwoman’s medical treatment on the assumption that her gender identity is a better guide than his biological sex to what they need.

Yet hospitals, schools, colleges and “woke” corporations do exactly that when they make available tampons to transwomen. Athletic bodies do likewise when they decree that transwomen with male bodies are eligible to play in women’s sports with the predictable result that many able women players who might win in a fair contest are defeated. If this goes uncorrected, it will simply end in the abolition of women’s sports.

Admitting transwomen into women’s-only “safe spaces” will similarly end a civilised protection for women in a world that certainly doesn’t seem to be becoming less dangerous for them. Above all, as John Whitehall has documented in Quadrant, needless human tragedies and massive lawsuits are hurtling towards us when young people persuaded to undergo transitioning surgery and drug treatments that are life-changing and unalterable at an age when they cannot possibly understand the consequences believe in adulthood they have made a terrible mistake.

Yet in all these cases the major institutions of society have capitulated to aggressive pressure groups pushing a theory that is highly dubious, unsupported by the great majority of clinical researches, regarded by many gays and feminists as a threat to their identities, and above all damaging to its supposed beneficiaries. Not enough attention has been devoted to examining the science behind the activism. An NIH research project on gender-transitioning did not include the control group required by the rules. And as Madeleine Kearns has detailed, when sceptics seek to raise these questions in public meetings, they are shouted down and threatened. Crankery—or should it be quackery?—is followed by ignoring the rules and enforced by repression.

It’s a similar story in the academy’s history wars—reliant as they are on student “rebellions” (which in reality are highly conformist) and enforced by riots and iconoclasm. These too are a consequence of abolishing the border between truth and falsehood in postmodern scholarship. Of course, truth is sometimes hard to discover and to distinguish from persuasively false interpretations. The answer to that is more work in the archives. For postmodern historical interpretation was refuted in the 1920s by Georges Clemenceau, who led France in the Great War. A young historian kindly explained to him that future historians would re-examine the war from different perspectives and reach different conclusions different from his own. “Yes,” replied Clemenceau, “future historians will say many things I might dispute. But one thing they will not say. They will not say that Belgium invaded Germany.”

He may have been too optimistic. Relieved of the obligations of truth and accuracy, students all too often replace research with the pre-cooked conclusions of Marxist Critical Theory, as illustrated by the New York Times 1619 Project, which starts from the conclusion that slavery is the true essence of American history. As historian Richard Brookhiser said when asked about this recently: “Two weeks before those first slaves landed, the colony adopted a democratic constitution. No one owns slaves in America today. But we’re still voting.” But how often will such rebuttals be heard in colleges in which the administrators as well as the students are striving to “decolonise” the curriculum—and when in effect both co-operate to close down debates and shut out speakers who might enlighten them. Once again, academic (and media) crankery is followed by, first, throwing overboard the rules of scholarship and, next, by the banishment of heretics.

It might reasonably be objected that not all of these are examples of rule by cranks. In part, that’s a fair criticism. The cranks are in the streets; the corridors of power contain the cowards who yield to them. But I’m not sure that’s much of a comfort. I’m getting the queasy feeling that in about five years anyone who has criticised Greta Thunberg’s absurd views on the demise of the Planet Earth by next Thursday will be up before the magistrates. It seems agreed by all well-meaning people that it’s a coarse and brutal insensitivity to express any scepticism about  Armageddon from a little child.

All of which is a little odd, not least because the feisty Ms Thunberg is not a child. She’s a young woman of some sixteen years, able to vote in progressive jurisdictions, and a rather typical self-righteous adolescent too. Now, it used to be a breach of feminist etiquette to refer to young women as if they were just starting high school. Yet we have not had any feminist complaints that Greta’s honorary girlhood is an offensive slight even in these much “woker” days.

But could you have a better illustration of the coming crankocracy than the assembled leaders of the world nodding solemnly and applauding timidly as a sixteen-year-old adolescent condemns them angrily for not halting the medieval plague about to descend on them unless they replace their business suits with sackcloth and ashes?

They know their place.

4 thoughts on “The Rise of the Crankocracy”

Pick a side: Bureaucratic Imperialism or Democratic Nationalism