The Regrettable Emphasis on ‘Remorse’ 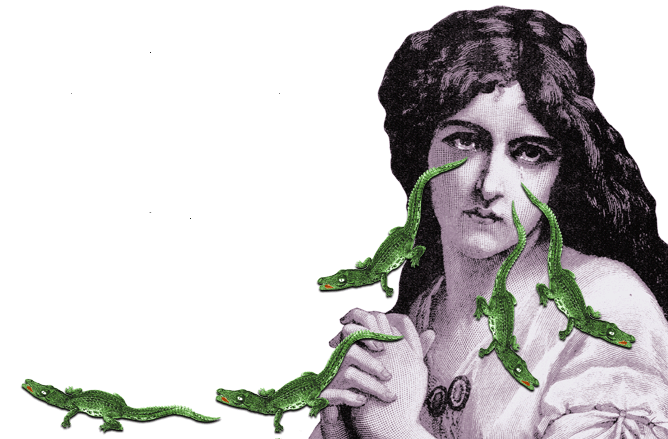 Criminals, or those who have committed criminal acts, are often sentenced more severely or less according to whether or not they have expressed remorse for what they have done. They are also released on parole, or not, on the same grounds. If there is such a thing as wilful naivety, this seems to me wilfully naive.

It is obvious that where there is both a demand and a reward for expressions of remorse, there will be a supply. Where such expressions are rewarded, it is impossible to know whether or not they are sincere. And yet a strange degree of importance is attached by our criminal justice system to precisely such expressions. You pretend to be sorry, and we’ll pretend to believe you. How often have I heard an advocate for the defence claim that his client has expressed remorse for what he did, or a prosecution or a sentencing judge remark that the accused’s lack of remorse is an aggravating circumstance!

The assumption behind the importance attached to remorse is that it is some guide to a person’s future actions, in the case of a criminal to the likelihood of his committing further crimes. Surely no human being, at least if he vaguely resembled me, could, after the most summary self-examination, truly believe such a thing. Few of us who sometimes over-indulge, for example, do not genuinely regret having done so, and inly swear never to repeat the episode; our remorse, and our wish never to repeat, is genuine enough. But few of us who know ourselves would place much money on a wager that we shall never again over-indulge.

If sincere and genuine remorse is not to be trusted as a guide to our future conduct, how little is the insincere variety of this emotion to be trusted! As if this were not bad enough, there is no method by which we can distinguish sincerity from its opposite, at least in the circumstances in which we might be called upon to make the distinction in order to decide someone’s immediate fate. It would be a harsh man who denied the sincerity of John Profumo’s remorse after his downfall, for he expressed it away from the glare of publicity and without hope or expectation of reward; but this is very far from the circumstances that obtain in the case of criminals in the dock or in prison who know what they must do to lighten their sentence or obtain early release.

Behind the emphasis on remorse as a guide to the severity or otherwise of punishment is the assumption that the latter, punishment, is therapy, a kind of cure of the soul, in the way that a diet is a cure for the body. Its principal object is the reform of the punished, and once that reform is achieved, there is no further justification for it. But this cannot be so.

Suppose that after the war a Nazi criminal had said that he was sorry, that he now realised that slaughtering immense numbers of people was very wrong and that he would never do it again; more­over that we believed his protestations to be sincere, that he had undergone a religious-type conversion in the matter, and furthermore that the empirical chances of his ever being able to act in a like manner, the Nazi power having been broken once and for all, were zero; would we have merely set him free because there was no point in punishing him? And is everyone to be given the freedom to commit one terrible crime, provided only that he is sufficiently remorseful afterwards?

It is, of course, very unpleasant to meet people who express no remorse after they have committed some atrocious act. I once met a man in prison, and indeed treated him medically, who impaled three children on railings after he had killed them because they interrupted his television viewing. He seemed not to know what all the fuss was about, let alone experience feelings of remorse. He was one of those relatively few men whom I have met who seemed to impart a physical chill to a room when he entered it.

But suppose that instead of expressing no remorse, he had said, “I now appreciate that impaling the bodies of little children on railings after I have strangled them to keep them quiet while I watch television is very wrong, and I now very much regret what I did,” would one feel inclined to release him, however truly he appeared to believe what he said or however good an actor he was? Would one be content to say that he was now rehabilitated and should therefore be released?

I have long been convinced that the very concept of parole is wrong, ever since I was asked in the prison in which I worked as a doctor to speculate on the future conduct of prisoners in order that they might, or might not, be released early in their sentences. Such speculations, in which before long I refused to indulge, could be wrong in both directions: they might predict future criminality where none would occur, and future good conduct where recidivism would occur.

The system of parole is against the rule of law, for in effect some men were to be punished (by not being released early) relative to others on the basis of extremely fallible and arbitrary speculations, rather than on evidence which was beyond reasonable doubt. They were to be punished not for what they had done but for what someone opined that they might do in the future. This was more like a system of lettres de cachet, albeit more often a lenient than a severe one, than a system of criminal justice such as that which we like to tell ourselves that we live under.

This is not a plea for unthinking harshness and inhumanity, of course. Cruel punishment is to be eschewed not because it is ineffective but because it is cruel (and cruelty soon becomes both a habit and a pleasure). But it is seldom recognised that the therapeutic view or justification of punishment is compatible alike with the most absurd leniency and the most revolting cruelty, since both might in some cases conduce to reformation. There is little doubt that torturing those who park their cars where parking is prohibited would discourage them from doing so in the future, but few people would advocate it.

One of the reasons for the maintenance of the system of parole, other than that it gives employment to a number of psychologists and other functionaries, is that it transfers ultimate responsibility for the workings of the criminal justice system from politicians who determine policy and make the laws to a variety of underlings. When some notorious criminal has been released and commits a further dreadful crime, the malfunctioning of the system of assessment and supervision is often blamed, both in the media and in bar-room conversations. “How could they have let it happen?” they ask, as if, with a better crystal ball or with more thorough supervision, such events could or would be avoided. It is true that the laxity or sloppiness of officialdom is often astonishing or remarkable; but laxity and sloppiness are only to be expected where people are given tasks that they know to be not only impossible, but wrong in principle. They become careerists, time-servers, clock-watchers, with redundancy payments and early retirement their last, best hope.

Like bankers and financiers who take risks with other people’s money, and reward themselves accordingly, the bureaucrats and functionaries of parole often speak of taking risks, for example by releasing someone earlier than the end of his sentence, though the risks are borne not by themselves but by those among whom the released person is to live. The mentality of these bureaucrats—necessarily so, because of the job they do, and the purpose they are intended to serve—is a little like that of Norman Mailer, when he advocated, and in effect procured, the release of the murderer Jack Henry Abbott, because he believed that a man capable of writing the letters that Abbott wrote should not be incarcerated. It was not justice or even mercy that Mailer aimed at, but the praise of his caste and self-congratulation as a man of superior sensibility. This is a state of mind that is now almost a mass phenomenon, in which people would let the heavens fall not that justice might be done, but that they might think well of themselves.

5 thoughts on “The Regrettable Emphasis on ‘Remorse’”

The Dictatorship of the Psychiatrists