Mad as a meataxe
climate scientist 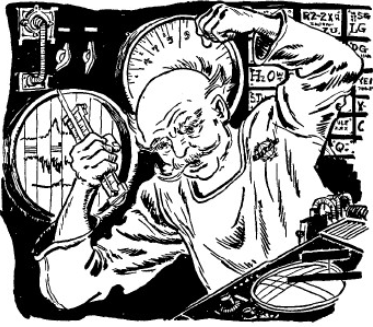 Kim Cobb is a US climate scientist and one of many who did not take well to the election of Donald Trump. Mother Jones reports sympathetically on the poor woman’s parlous mental state and that of many, many of her similarly afflicted colleagues.

Cobb entered what she now calls “an acute mental health crisis.” Most mornings, she could not get out of bed, despite having four children to tend to.

She would sob spontaneously. She obsessed about the notion that the US government would take no action to address climate change and confront its consequences. “I could not see a way forward,” she recalls.

“My most resounding thought was, how could my country do this?

“I had to face the fact that there was a veritable tidal wave of people who don’t care about climate change and who put personal interest above the body of scientific information that I had contributed to.”

Her depression persisted for weeks. “I didn’t recognize myself,” she says.

Eventually, when climate hysteria passes from front page to the padded green cell inhabited by phrenology and eugenics, those other discarded aberrations of science, the medical dictionaries will likely list Doomsday Dementia Syndrome as an example of transitory mass delusion. It will be illustrated by a wind turbine, a rich and rolling-in-it rent-seeker and a stupendously inflated electricity bill.

Hop to it, girls