Labouring under
a misconception 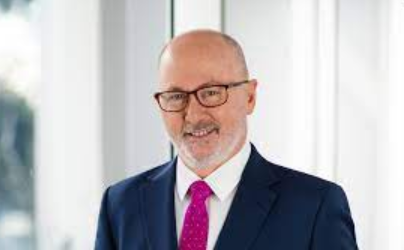 On Sky News last night (July 14), Chris Kenny, a columnist I admire more than most, made an impassioned plea for the proposed Indigenous Voice to Parliament.  He claimed that, since it would only be an advisory body, its advice would not be binding on the government of the day and, therefore, would not become a third chamber of Parliament.  He pointed out that we already have advisory bodies for a myriad of things, such as women’s affairs, so why not one for Indigenous people providing advice from “the grass roots”.

This prompted two thoughts.  Firstly, does Kenny really imagine that community advice is likely to survive unfiltered through the hierarchy of a tiered, elected nationwide apparatus, better than it would from, say, the lips of, say, Jacinta Price?  If grass roots advice is useful, and I’m sure it is, then surely it should go direct from the local elected parliamentary representative to the relevant minister and department?

Secondly, as to the claim that the Voice would not become a third chamber, I note that Kenny is a vigorous critic of the docile acquiescence of both sides of politics – but particularly of supposedly conservatives – to the strident demands of the global warming lobby.  Does he imagine that the same thing would not happen in the case of the Voice, particularly if it were enshrined in the Constitution, as he advocates?  Will its advice (demands) be less compelling politically than the ongoing calls to dismantle our energy sector and condemn us to third world status?  In practical terms they will be a damn sight easier to accommodate than destruction of our coal industry.  But agreeing to something simply in order to satisfy a very small but vocal minority, and because it doesn’t break the bank, is not good government.

If we make special laws for Aborigines on the basis that their ancestors were here first, then that is divisive racism pure and simple.  However, if we do make them – as was originally intended in 1967 in order to redress inequality and degradation — then that is done implicitly on the basis that Aboriginal people cannot achieve the required results solely through their own efforts and the agencies available to all other Australians.  That is paternalism – an uncomfortable label admittedly – but, as such, it requires decisions be made that may not accord with the feelings and wishes of the particular groups affected.

Governments should, by all means, listen to advice but should never put themselves into a position where they feel compelled to accept such advice.  Chris Kenny, who has also railed against the meek acceptance by governments of ‘health advice’ during the COVID crisis, should understand that.

Conservative? He must be guilty!

A ‘swear jar’ for the ABC