First, do no harm? 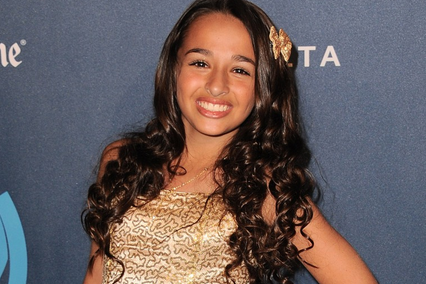 At Melbourne’s Royal Childrens Hospital Gender Centre, which is doing a roaring business these days, treatment for children who believe themselves born into the wrong bodies starts with puberty blockers and proceeds to hormones, as the website explains:

1/ Puberty suppression: Puberty blockers – prescribed by a paediatrician or paediatric endocrinologist. Puberty blockers suppress the development of secondary sex characteristics and are used for adolescents in the early stages of pubertal development. As they are reversible in their effects, should an adolescent wish to stop taking them at any time, their biological puberty will resume.

The full suite of treatment protocols can be downloaded here and makes disquieting reading, as John Whitehall has written in these pages. Those Quadrant essays brought down the wrath of Daniel Andrews’ favourite trans activist, Roz Ward, and made him a target. As he wrote elsewhere:

In fifty years of medicine, I have not witnessed such reluctance to express an opinion among my colleagues … I conducted a straw poll of pediatricians whom I know. Many advised me to be very careful to appear neutral, and not to quote them.

Speak up, get attacked — it’s the way the Left rolls, and a male physician of traditional views was always going to have his arguments dismissed with contempt. Roz Ward even accused him of being in league with Rupert Murdoch’s supposed campaign to torpedo gender activism, a paranoid fantasy which says much more of Ward than it does of Whitehall.

Dr. Marci Bowers, a surgeon, and Erica Anderson, a clinical psychologist, are much harder to dismiss. Each has been involved in the treatment of gender dysphoria for decades and, most important, both are themselves male-to-female transsexuals. What is going on at clinics such as the RCH is a travesty, they tell Abigail Shrier:

… For decades, psychologists treated it with “watchful waiting” — that is, a method of psychotherapy that seeks to understand the source of a child’s gender dysphoria, lessen its intensity, and ultimately help a child grow more comfortable in her own body.

Since nearly seven in 10 children initially diagnosed with gender dysphoria eventually outgrew it — many go on to be lesbian or gay adults — the conventional wisdom held that, with a little patience, most kids would come to accept their bodies. The underlying assumption was children didn’t always know best.

But in the last decade, watchful waiting has been supplanted by “affirmative care,” which assumes children do know what’s best. Affirmative care proponents urge doctors to corroborate their patients’ belief that they are trapped in the wrong body.

The family is pressured to help the child transition to a new gender identity — sometimes having been told by doctors or activists that, if they don’t, their child may eventually commit suicide. From there, pressures build on parents to begin concrete medical steps to help children on their path to transitioning to the “right” body …..

The article can be read in full here, including a harrowing account of the ordeal by surgery endured by celebrity teenage trans poster child Jazz Jenkins (pictured above), whose early treatment with puberty blockers not only condemned her to a life without the possibility of orgasm but also resulted in immediate post-op horrific injury and pain.

This is what medicine is all about?