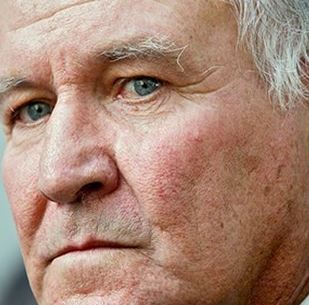 In 2010, when the Coalition came within an inch of government, the trio of strange characters who decided that loss — Oakeshott, Windsor and Katter — became personalities in the modern sense, which is to say each was renowned not for worth or achievement but for one or another defining trait. Bob Katter wore a big hat and Rob Oakeshott bored the legs off iron pots.

And Tony Windsor? Well his great talent was to relate comments allegedly drawn from conversations to which there were no witnesses other than himself and the interlocutor against whom he was telling tales. Thus it was, once the days of uncertainty were done and the crossbenchers had signed up with Julia Gillard, Windsor’s recollections of his negotiations with Tony Abbott became front-page news. One recollection in particular:

”I remember him saying: ‘Tony, I would do anything for this job. The only thing I wouldn’t do is sell my arse, but I’d have to give serious thought to it,”’ he said.

The then-Member for New England’s decision to throw in his lot with the overgrown student representative council of the Rudd/Gillard/Rudd years went badly, as voters confirmed in September, 2013. Sadly, Windsor was feeling extraordinarily ill about that time and declined to run again, which was understandable. Any politician with a mere 13% approval rating is apt to feel more than a little out of sorts.

Recently, his health having improved markedly, Windsor has announced that he will be contesting his old seat against Deputy PM Barnaby Joyce. The ABC seems to think this is a marvelous idea, even more magnificent than encouraging toddlers to cross-dress, so Windsor has been garnering maximum exposure on the taxpayer’s dollar. But that is another story.

Ultimately, it will be for New England’s voters to decide if Windsor is as fit to serve as his doctor  believes, but the verdict is already in on the durability of his purported conversations with Abbott. Today, in The Age, columnist Martin Flanagan quotes the “sell my arse” line and attributes it directly to Abbott, who has scoffed at that suggestion and Windsor’s other charge as well — that he pledged to impose a carbon tax if only Windsor would install him in the Lodge. No mention whatsoever by Flanagan of Windsor, let alone a passing acknowledgement that any alleged quote is only as credible as its provenance.

Those interested can read Flanagan’s column by googling it, as traffic directed from this site would only encourage his bosses to believe — they are easily impressed — that his thoughts are a popular feature of the Saturday edition. Better to re-visit Windsor in full cry on the floor of the House.

New England voters especially may wish to pay particular attention to the YouTube clip available via the link below.

Over to you,
Mr Chessell