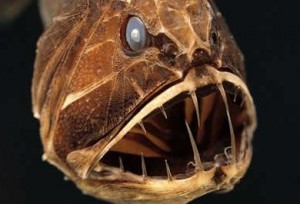 It’s only an educated guess, but it would be very safe to assume that few Quadrant Online visitors noticed any difference to the quality of The Age and Sydney Morning Herald as a consequence of the three-day strike by editorial employees, who return to work today. That would be because they stopped reading those newspapers years ago. Those who persisted, the morbid curiosity of train-wreck fanciers is the only explanation, have likewise not noticed any decrease in quality. When there is little to begin with, further subtractions can be very hard to spot. It seems remaining Fairfax editors and contract columnists have been enough to keep the presses and pixels rolling, so congratulations are due for their remarkable efforts in attaining the abysmal without the help of so many picketing colleagues.

Amongst those heavy-lifters, the stout Jane Caro stands tall, for she has distilled into a single column all the silliness, bile, resentment, jealousy, venomous illogic and self-pleasuring smuggery normally spread by many left hands throughout an entire edition.

Caro’s topic is Victoria’s new senator, James Paterson, and what a pathetic piece of work he is for saying nice things about private schools and the desire of decent parents to save their kids from the state system. Remarks he made are twisted to inspire commentary on nothing that he actually said. This is standard practice these days at Fairfax and has been for some time — remember the lynch-mob verballing of very nearly every Abbott utterance or wink, no matter how innocuous? Caro’s achievement goes beyond making herself an adequate substitute for at least two dozen striking  camp followers of the cliche-quoting newsroom left. In demonstrating beyond doubt her profound stupidity with this latest effort, she matches the sweeping inanity of an entire editorial floor on any given, non-striking day.

Charter schools are terrible, just terrible, says Caro, who writes of a young Sydney teacher’s alleged experiences in a UK school of the sort Paterson recommends

Classes are huge, funding is minimal, wages much lower, teaching vacancies (unsurprisingly) are impossible to fill and micro-management and centrali​sed control rampant.

If “centralised control is rampant”, the school cannot be by definition be a charter.

To have written that requires dimness of fathomless depth. In her unique way, even in these days of strikebound adversity, Caro has managed to plunge deeper into the Marianas Trench of Fairfax’ babbling incoherence than any other columnist before her, even Elizabeth Farrelly, who has long made those depths her home.

If whispers are true that the Fairfax board is poised to shutter the Monday-to-Friday editions, the achievement of her column will stand forever — an enduring reminder long after it is gone of just  low a once-decent media organisation could sink and keep on squawking.

For the record, Caro’s fishwifery can be read via the link below.

Out in the cold