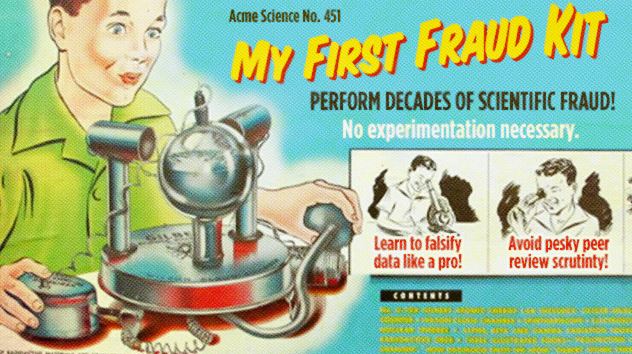 The settled science of making stuff up:

In 2005, John Ioannidis, a professor of medicine at Stanford University, published a paper, “Why most published research findings are false,” mathematically showing that a huge number of published papers must be incorrect. He also looked at a number of well-regarded medical research findings, and found that, of 34 that had been retested, 41% had been contradicted or found to be significantly exaggerated.

Since then, researchers in several scientific areas have consistently struggled to reproduce major results of prominent studies. By some estimates, at least 51%—and as much as 89%—of published papers are based on studies and experiments showing results that cannot be reproduced.

Researchers have recreated prominent studies from several scientific fields and come up with wildly different results. And psychology has become something of a poster child for the “reproducibility crisis” since Brian Nosek, a psychology professor at the University of Virginia, coordinated a Reproducibility Initiative project to repeat 100 psychological experiments, and could only successfully replicate 40%.

The excerpt above is lifted from Quartz.com, whose eclectic mix of stories and topics make the site well worth bookmarking. Its coverage of what should be a major scandal in the academy can be read in full via the link below