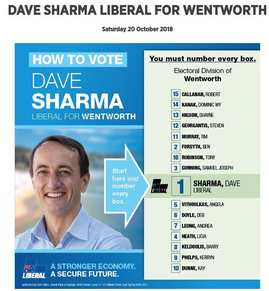 When Malcolm Turnbull finally fulfilled his life’s destiny to become prime minister, pollster Mark Textor dismissed malcontents by saying their votes and support were of no consequence:

“The qualitative evidence is they don’t matter. The sum of a more centrist approach outweighs any alleged marginal loss of so-called base voters.”

Today, the latest Prime Minister has sent ex-members a letter beseeching them to return:

“We need everyone who believes in our values to become energised members of our movement.”

Given that large parts of suburban Sydney had no power and Melbourne last week was hit by supply-related rolling blackouts, “energised” was probably the wrong word to use.

The full text of Mr Morrison’s letter and phone number to call can be read here.

It has come to this…

Two down, lots more to go