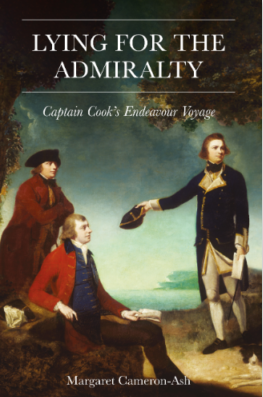 Margaret Cameron-Ash’s Lying for the Admiralty: Captain Cook’s Endeavour Voyage makes new and original revelations about the British discovery of eastern Australia. Captain James Cook commanded the Endeavour voyage of 1768–1771 in the midst of furious rivalry between Britain and France for imperial supremacy in the South Pacific. Obeying secret orders, Cook hid his best discoveries, including Bass Strait and Sydney Harbour, by rewriting his journals and maps to keep these strategic finds from the prying eyes of French spies.

Lying for the Admiralty, a new release from Quadrant books, can be ordered here